Iran Publishes Play-by-Play on How to Defeat US, Destroy Israel

Iran Publishes Play-by-Play on How to Defeat US, Destroy Israel

REMINDER: We negotiated with these people 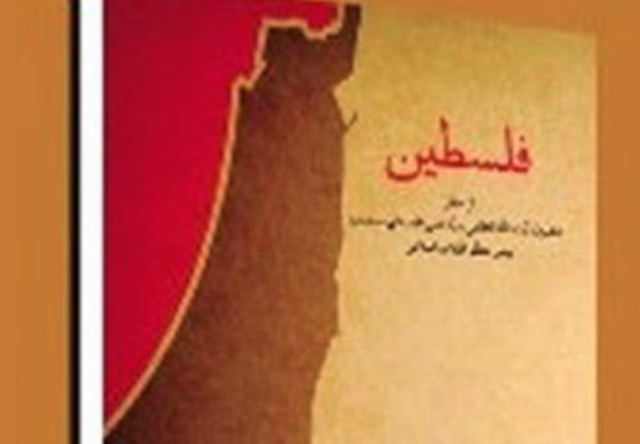 Right on cue, Iran has proven just how woefully ignorant western powers are to the true motives of those pushing for controversial nuclear concessions.

Iranian Supreme Leader Ayatollah Ali Khamenei has released a 416 page book blasting the existence of a Jewish state and touting a plan to “reclaim Muslim lands.” “Palestine” labels the Holocaust “a propaganda ploy,” describes Israel as a “cancerous tumor,” and details how Khamenei believes Iran can bring about the end of both Israel, and the United States’ claim to global hegemony.

The crux of Khamenei’s plan? The insane assertion that Israel has no right to exist as a state:

He uses three words. One is “nabudi” which means “annihilation.” The other is “imha” which means “fading out,” and, finally, there is “zaval” meaning “effacement.”

Khamenei claims that his strategy for the destruction of Israel is not based on anti-Semitism, which he describes as a European phenomenon. His position is instead based on “well-established Islamic principles.”

One such principle is that a land that falls under Muslim rule, even briefly, can never again be ceded to non-Muslims. What matters in Islam is ownership of a land’s government, even if the majority of inhabitants are non-Muslims.

Of course, Khamenei isn’t suggesting that he’ll simply push a button and sink Israel into the Mediterranean. Oh no—he’s planning on dragging this out in the worst way possible.

Khamenei insists that he is not recommending “classical wars” to wipe Israel off the map. Nor does he want to “massacre the Jews.” What he recommends is a long period of low-intensity warfare designed to make life unpleasant if not impossible for a majority of Israeli Jews so that they leave the country.

His calculation is based on the assumption that large numbers of Israelis have double-nationality and would prefer emigration to the United States and Europe to daily threats of death.

Khamenei makes no reference to Iran’s nuclear program. But the subtext is that a nuclear-armed Iran would make Israel think twice before trying to counter Khamenei’s strategy by taking military action against the Islamic Republic.

In Khamenei’s analysis, once the cost of staying in Israel has become too high for many Jews, Western powers, notably the US, which have supported the Jewish state for decades, might decide that the cost of doing so is higher than possible benefits.

The world’s most barbaric cost benefit analysis: stay, or go? Life, or death? Khamenei may claim that he doesn’t want to use a bomb or bullets to chase Jews out of Israel, but the very intent and purpose of this genocidal fever dream is too clear to be ignored.

Powerline blog makes a good point in their writeup on this travesty—Iran is waving this in our faces, and not only are we ignoring it, we’re making policy decisions that codify that ignorance:

Adolf Hitler published Mein Kampf (in English, “My Struggle”) in 1925 and 1926, seven or eight years before he took office as Chancellor of Germany in 1933. It’s a shame that the British didn’t attend to it when it became relevant to dealing with Hitler in office. Looking back after the war, Churchill wrote with his customary brilliance that “there was no book which deserved more careful study from the rulers, political and military, of the allied powers. All was there…Here was the new Koran of faith and war: turgid, verbose, shapeless, but pregnant with its message.”

How thoughtful of Iran’s Supreme Leader to give us Palestine — his Kampf, you might say — as we go into partnership with him.

Speaking of kampf, Secretary Kerry added fuel to the fire when he said that Israel would be blamed if Congress fails to formally approve the JCPOA.

Raises the hair on the back of your neck, doesn’t it?

the first action listed “elect a US President who….”

Iran is over ten times the size of Israel both in population and land mass. There is no guarantee Israel would be able to defeat Iran in a conventional war. If it loses that’s the end of half of the world’s Jews. This is why I advocate Israel’s use of ICBMs and nuclear weapons against Iran’s nuclear program and EMPs against its government before Iran can make its first nuclear weapon. Waiting until Iran performs its first successful nuclear test is not a good metric because North Korea could explode an Iranian bomb as its own and probably no one would know the difference. They are cooperating with each other.

The reason I suggest ICBMs is that Israel absolutely must preserve its air force for the other dangers surrounding it. If Israel used its air force against Iran, Obama would not replace the losses and I doubt the Europeans would provide any help either. China and Russia are somewhat on Iran’s side.

Israel does have some nuclear second strike capability, but that means retaliating after half or more of Israel is destroyed. Some satisfaction, huh?

The use of nuclear weapons is a big no no for too many people, especially on the left. To me it’s a powerful and efficient explosive to be used when you are in extreme danger and have no other choice to guarantee your survival. We bikers use an old saying in the context of shooting first and asking questions later: It’s better to be judged by twelve than carried by six.

This is just for domestic consumption. THESE guys don’t mean anything by it. It’s just talk…

Why, sKerry has a fatwa, donchaknow…

(Which he mysteriously has never produced.)

WE did not negotiate with Iran.

Our elected officials did not approve or try to stop Obama/Kerry from negotiating with Iran. The Congress has not tried to stop the runaway spending, the cronyism, corruption, ruinous and harmful social and economic policies or the health care fiasco.

Yes, we did. 0bama and Kerry are our elected officials, the only ones with the right to conduct negotiations with foreign countries. Congress has no role in such negotiations, and no right to stop or interfere in them.

After the negotiations are over, if the resulting agreement needs legislation to be implemented, then the president has two choices: he can ask the senate to ratify it as a treaty, or he can ask congress to pass it as a statute. But if no legislation is required, then congress has no role at all, and there is nothing it can do.

Considering Congress call ultimately impeach the president, and send him, his disgusting wife and his treasonous treaty packing, you’re wrong, Milhouse. (Have you ever been right?)

But we know the slimey substance Boehner!, McConnell! and the rest of the GOP! leadership is made of. (In the greatest of ironies against those scumbags, they’ve given us Trump.)

the House can impeach the president, but there is no point, since there is no possibility that the senate will convict him. On the contrary, his inevitable acquittal would be seen as a vindication, just as it was with Clinton.

It is irresponsible and unethical for a prosecutor to bring charges if he knows there is no chance of obtaining a conviction.

When have I ever been shown to be wrong? When have you ever been right about anything?

I can and do deny that John Kerry is an elected official. He was appointed by Obama.

On matters of foreign policy, the best way forward is to ask Joe Biden’s advice and then do the opposite.

Oh. A plan for world conquest and genocide in the name of Islam. Where have we seen that before?

I keep arguing with people who think that Islam itself is the problem, but the failure of Muslims to repudiate the Hamas Covenant, and the behavior of entire governments claiming to rule under the principles of their idea of Islam, doesn’t help.

I keep cheering for Abdel Fattah al-Sisi in Egypt, hoping that he and other Muslims can bring their clergy around, http://pjmedia.com/rogerlsimon/2015/01/03/egypts-al-sisi-makes-extraordinary-speech-on-islam/

but I also know what happens to Muslim clergy who speak out against Islamist perverts, and also that the Muslim Brotherhood (later, Al-Qaeda) murdered Anwar Sadat http://middleeast.about.com/od/egypt/a/me081006a.htm
for the big sin of trying to modernize Egypt.

I look forward to the witty reply and song by Jack Black and Morgan Freeman explaining how this is nothing to worry about. Those Hollywood actors are so brilliant and explain things so well. I just don’t want a melted frisbee in my yard!

We don’t call them ‘Hollywood idiots’ for nothing.

But like idiots, ‘we’ continue to patronize their products. Spend your money elsewhere.

Jeez. Not even an apology. Let alone a retraction.

One such principle is that a land that falls under Muslim rule, even briefly, can never again be ceded to non-Muslims. What matters in Islam is ownership of a land’s government, even if the majority of inhabitants are non-Muslims.

In other words, Spain and Portugal, you’re next.

Or Greece, Bulgaria, and the parts of the former Yugoslavia that are not already ruled by Moslems.