of alleged collaborators — “then we’ll deal with the Jews” 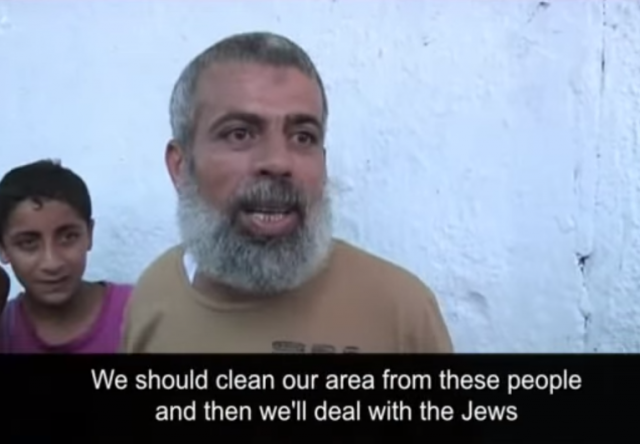 Periodically throughout this summer, we are taking a look back at our coverage of the 2014 Gaza conflict.

So far we have covered:

Tonight we revisit one of the most notorious Hamas actions, the mass public execution of alleged collaborators without trial.

In late July, Hamas executed 30 alleged collaborators (via i24 News).

On August 22, 2014, another 18 were rounded up and publicly shot to death, after several were executed earlier in the week: 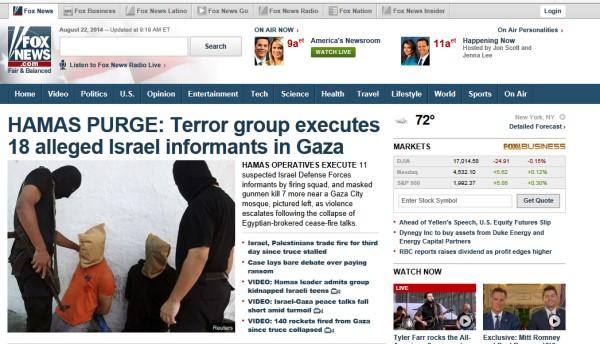 Men were brought hooded and shot in front of walls: 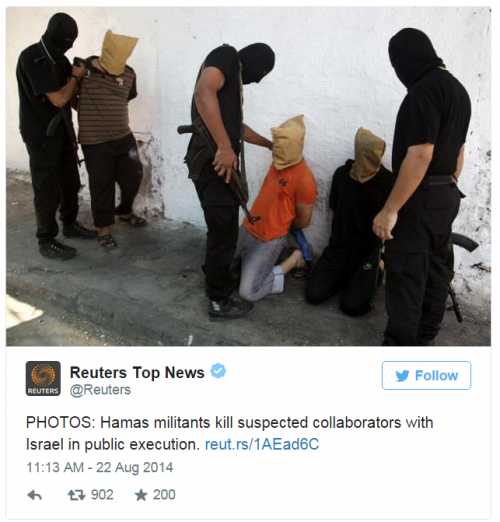 Children were gathered to watch the executions.

islamists, must die! sunni or shiite don’t matter. END this islamist bullshit, but we must wait until the USA has a President with the balls of the three Americans on the euro train, not an islammie lover, as in barry!

This situation bears an uncanny resemblance to the Mandela solution in South Africa. Will the Progressives murder the Jews? Will they enable Hamas to murder competing Palestinian factions?

Perhaps they will have to wait until Americans and Europeans are marginalized or neutralized through self-abortion (i.e. selective-child/pro-choice policy) and colonization (excessive and illegal/unmeasured immigration).

How so the Mandela solution?

As for waiting for the marginalization of Americans and Europeans
Have a read of what the situation in Sweden is:

” The mosque fire received huge attention, while the rape epidemic is basically ignored. When a Swedish woman and her son are brutally knifed to death in the most Swedish of all places – an IKEA store – the Prime Minister has nothing to say.

The normal democratic order, where citizens can contact politicians or the media to make their voices heard, has all but evaporated in Sweden. Newspaper websites have removed the reader comment fields, and the politicians hide behind a wall of officials who brand callers expressing concern “racist,” and hang up. Sweden is governed by a power that has shut down the democratic process. “

The Mandela Solution involved choosing a local charismatic figure to create an air of righteousness after leading a campaign of mass murder. A foreign force destroyed the predominant native inhabitants (i.e. white South Africans) and the Mandela faction destroyed the competing black factions. The goal was to secure the natural and developed resources of the nation.

This analogy was motivated by left-wing interests’ choice to marginalize or neutralize Israel through a claim of apartheid, and the Palestinian leadership’s historic aggressiveness, which was not limited to Hamas or in Israel. While Israelis have powerful backers, and perhaps strategic deterrents, South Africans were not so fortunate.

That said, there are people on both sides of the issue who believe their perspective is right. So, when there exists ambiguity of circumstances or causality, how should the issue be judged and resolved?

As for Sweden, they need to limit immigration to a rate that does not exceed assimilation and integration, assuming that is even possible. They should not violate the civil rights of their native population. They should stop playing political games at the expense of human lives in order to create leverage.

Still a hard problem. Surely, someone is right and someone is wrong, right?

We need to reconcile individual dignity, intrinsic value, and natural imperatives. Easier said than done. Efforts to derail this process through accusations of bigotry, prejudice, xenophobia, etc. only exacerbate the personal conflict and delay a solution.

All these people executed will be added to the casualty list blaming Israel.

Their appearance at next year’s democratic convention should be interesting.