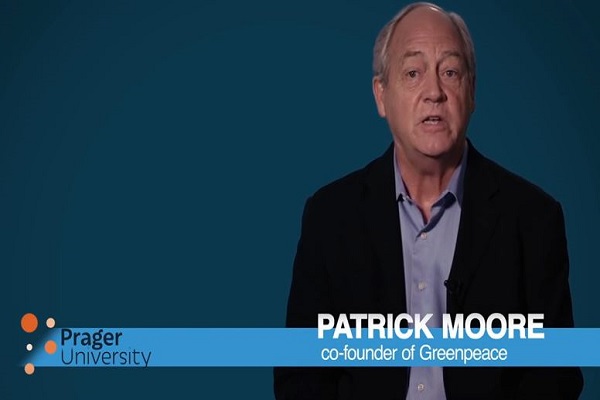 Environmental activists have relied heavily on computer models to predict climate patterns confirming their notion that mankind is toxic.

However, recent studies have shown models have failed to consider real world conditions in their calculations.

Exhibit 1 – Sea ice is more resilient to melting than thought:

Using new satellite data, researchers at University College London reported in Nature Geoscience on Monday that the total volume of sea ice in the Northern Hemisphere was well above average in the autumn of 2013, traditionally the end of the annual melt season, after an unusually cool summer when temperatures dropped to levels not seen since the 1990s.

“We now know it can recover by a significant amount if the melting season is cut short,” said the study’s lead author Rachel Tilling, a researcher who studies satellite observations of the Arctic. “The sea ice might be a little more resilient than we thought.”

Exhibit 2 – The effects of the vast deserts of the Earth have not been considered, and it appears that a good portion of emitted carbon dioxide is disappearing within them.

About 40 percent of this carbon stays in the atmosphere and roughly 30 percent enters the ocean, according to the University Corporation for Atmospheric Research. Scientists thought the remaining carbon was taken up by plants on land, but measurements show plants don’t absorb all of the leftover carbon. Scientists have been searching for a place on land where the additional carbon is being stored–the so-called “missing carbon sink.”

The new study suggests some of this carbon may be disappearing underneath the world’s deserts – a process exacerbated by irrigation. Scientists examining the flow of water through a Chinese desert found that carbon from the atmosphere is being absorbed by crops, released into the soil and transported underground in groundwater–a process that picked up when farming entered the region 2,000 years ago.

Underground aquifers store the dissolved carbon deep below the desert where it can’t escape back to the atmosphere, according to the new study.

Many of the comments in the desert piece focus on the replacement of the technical name “carbon dioxide” with the word “carbon”. This switch is misleading, as the former co-founder of Greenpeace and climate scare-science skeptic, Dr. Patrick Moore, discusses in the following Prager University video:

Moore derides climate models in an wonderful article for Heartland, and he asserts that human emissions have been beneficial:

…My skepticism begins with the believers’ certainty they can predict the global climate with a computer model. The entire basis for the doomsday climate change scenario is the hypothesis increased atmospheric carbon dioxide due to fossil fuel emissions will heat the Earth to unlivable temperatures.

In fact, the Earth has been warming very gradually for 300 years, since the Little Ice Age ended, long before heavy use of fossil fuels. Prior to the Little Ice Age, during the Medieval Warm Period, Vikings colonized Greenland and Newfoundland, when it was warmer there than today. And during Roman times, it was warmer, long before fossil fuels revolutionized civilization.

The idea it would be catastrophic if carbon dioxide were to increase and average global temperature were to rise a few degrees is preposterous.

At 400 parts per million, all our food crops, forests, and natural ecosystems are still on a starvation diet for carbon dioxide. The optimum level of carbon dioxide for plant growth, given enough water and nutrients, is about 1,500 parts per million, nearly four times higher than today. Greenhouse growers inject carbon-dioxide to increase yields. Farms and forests will produce more if carbon-dioxide keeps rising.

Since Moore has become an environmental-activism apostate, Greenpeace has worked hard to demean his professionalism and undermine his work. Supporting better climate science would also get in the way of their anti-business protests featuring kayakers blocking ice-breakers on the way to assist Arctic oil drilling operations, which would then cut down on both drama and donations.

In conclusion, reliance on crazy climate models has lead to even crazier behavior.

Underground aquifers store the dissolved carbon deep below the desert where it can’t escape back to the atmosphere, according to the new study.

The climate scaremongers will trumpet this as bad because:

a.- The groundwater is being polluted!
b.- There will be a carbon shortage in 500 years!
c.- The world will become unbalanced, and spin into the sun!
d.- AlGore will lose his income!

It may seem to be crazy to us, but when the grant money and donations from the gullible continue to keep Greenpeace and other environazis housed, clothed, wined and dined in the style they’ve grown accustomed to, I’d imagine it would be hard for them to conform their thoughts and actions to reality.

If Obama alone would cut his emissions the entire planet (including Jon Stewart viewers) would be saved from Nitrous oxide-N2O (laughing gas).

Nitrous oxide gives rise to nitric oxide (NO) a major greenhouse gas and air pollutant which has 298 times more impact per unit mass (global-warming potential) than carbon dioxide over 18 months.

I’ve read a number of comments about Patrick Moore being a paid shill for “corporate polluters.” What is the counterpoint to this line of attack? The simple-minded people see this critique and jump on it as a valid point. I happen to think Greenpeace is force for lies.

Or this:
“The Chain of Environmental Command: How a Club of Billionaires and Their Foundations Control the Environmental Movement and Obama’s EPA
http://www.epw.senate.gov/public/_cache/files/6ce8dd13-e4ab-4b31-9485-6d2b8a6f6b00/chainofenvironmentalcommand.pdf

Did you read the last paragraph?
” Since Moore has become an environmental-activism apostate, Greenpeace has worked hard to demean his professionalism and undermine his work. ”

It seems that the majority of activists are a mean and spiteful bunch.

The point was never that warming/cooling/changing temperatures would be devastating to life on Earth.

The point was always only that some sort of crisis is coming and the only way to avert it is to give more power to central governments, with a special view towards tightly controlling fossil fuels, the cheapest source of energy.

Carbon is the object of hate speech, and it needs to sue for being so slandered. Surely Title IX covers this abuse. The racists want us to hate carbon, probably because they think it is black and sooty.

Carbon is very diverse in its associations, and only the most rigorous student passes Organic Chemistry. I’m coming out as a friend of carbon, the intolerance must end. Stop the hate.

Carbon is a remarkable element for many reasons. Its different forms include one of the softest (graphite) and one of the hardest (diamond) substances known to man. Moreover, it has a great affinity for bonding with other small atoms, including other carbon atoms, and its small size makes it capable of forming multiple bonds. Because of these properties, carbon is known to form nearly ten million different compounds. Carbon compounds form the basis of all life on Earth and the carbon-nitrogen cycle provides some of the energy produced by the sun and other stars.

Carbon was not created in the big bang due to the fact that it needs a triple collision of alpha particles (helium nuclei) to be produced. The universe initially expanded and cooled too fast for that to be possible. It is produced, however, in the interior of stars in the horizontal branch, where stars transform a helium core into carbon by means of the triple-alpha process.

Triple alpha … get that? It is the AAA of atoms. I’m carbon chauvinist, I’m proud, get used to it!

“carbon is so superior to any other atom as a polymeric unit, that it has come to be the basis for the structure of biomolecules essential for all basic metabolic processes. “
http://www.daviddarling.info/encyclopedia/C/carbon-based_life.html

The troglodytes that use “carbon” as a negative for glorious CO2 must let go of their simpleton ways. Eqaul rights for all organic elements NOW. 😉

That climate models are faulty has long been known by every climate researcher. That’s why every research group builds its own model – each group realizes the shortcomings of every other group’s model.

Moore speaks of the potential benefits to increased atmospheric CO2. Certainly, it should not be surprising that it would lead to some benefits, at least. The idea that “climate change” of only a couple of degrees would have nothing but disastrous consequences is complete rubbish. “Climate change” is neither “bad” nor “good,” there must be some benefits to any slight change, even if there are some negative consequences. It’s warmed considerably since the end of the last glacial period, and we seem to have done well by the change, despite the “disaster” to some mega fauna and stone age peoples who lived along the coasts, as well as the displacement of ecosystems around the world as mid- and upper-latitudes warmed. Entire countries (Canada, Norway, Sweden, etc.) wouldn’t exist today if the climate hadn’t warmed.

No computer model is any better than the assumptions of those who devise it. By manipulating the assumptions, the model creators can favor their desired outcome. Once scientists were regarded as trying to find truth but it would seem today they are not immune from manipulating the data to get a preferred outcome for their own agendas. It is interesting that many of the “global warming” models have failed to accurate predict actual conditions, yet the climate change cult still clings to them. The models should be adjusted in light of reality but that would undercut the assumptions.

We computer scientists refer to this principle as GIGO: Garbage in, garbage out.

Everything going into a computer model must be PERFECT if the result is to be trusted. If ANY part of the model is based on falsity — from false assumptions to false formulas to false numbers (even rounding errors) — the outcome will be false. That’s how 60+ different climate change computer models have produced 60+ different results, and not one of them is reflected in reality.

Anyone ever consider that all that carbon going under the deserts and in the ocean is being turned back into oil ?
I have heard about peak oil til the cows come home and we have never had that problem.
I also remember it being said that many dry well are now regenerating.
Hey…I am not a scientist…but it seems plausible.

(found with a quick google search)