Chillary wants you to know everything is cool 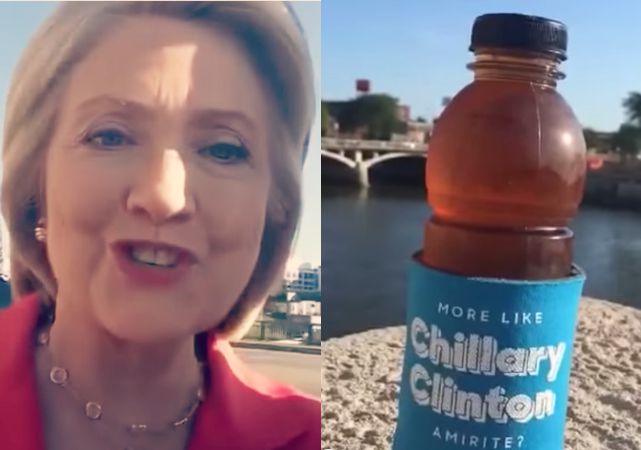 Long gone are the days when parents struggled to figure out how to rewind a video tape… now we have smart phones.

Snapchat is a social media sharing site that allows users to send pictures and videos to one another. Because the political world insists on invading every thing good and pure in this world, it too has spread its poisonous reach into the realm of Snapchat.

Sanders’s press team told Re/code a Snapchat representative in Cedar Rapids met with Sanders, took the picture and added it to Snapchat’s public story for the election. The Sanders team is considering whether they want to create a Snapchat account for the Senator’s social media strategy. According to Snapchat, neither Clinton nor Bush has created their own accounts yet so their pictures and video were submitted by their staffers or users on the campaign trail. Scott Walker, on the other hand, does have his own account.

The only thing I learned from this, is that even only six seconds of Hillary Clinton too much.

Well, that sews up the youth vote and the black vote for Hillary, all right.

Nothing says, “I’m one of you” like being hep to the jive, Daddy-O. Hillary’s no square, she be cool, Jewel. So 23 skiddoo!

Wait till you see her do the Charleston.

I’ve built roads that were wearing less base…

Once I built a road with little base,
Finished the project right on time,
Then I had to build up Hillary’s face,
Brother, can you spare a dime?

Look at the Charisma on that one!

Where she be chillin’ next?

The best botox money can by and she still looks elderly. Not old but elderly, like she’s not long for this world.

Well, if we elect her, we’ll have another historic first!

Isn’t it amazing that ‘The Smartest Woman Evah’ has to read six words off a cue card?

The chill is gone.

Darn it, jennifer…I made it all the way through the comments without having to fight the login battle to up-arrow one (though it was a challenge with Rags and Estragon). Thought I was out clean ’til yours came up. Four irresistible words and here I am. Nicely played.