Some data in Hillary’s emails came from intelligence agencies

Some data in Hillary’s emails came from intelligence agencies 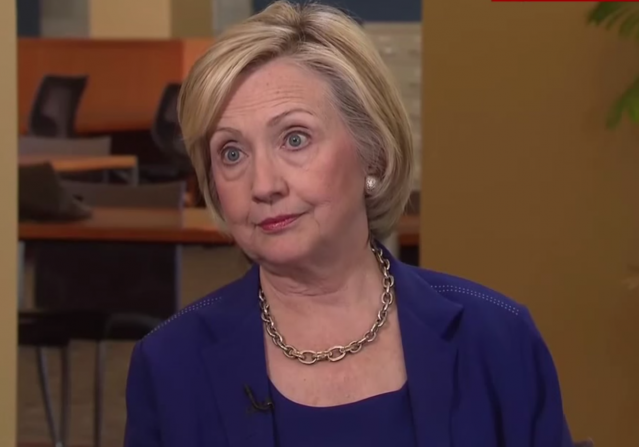 Though it’s no longer leading the headlines, EmailGate is still alive and well.

Hillary Clinton’s use of a personal email account and private servers during her tenure as Secretary of State was bound to be problematic.

The inspector general for the intelligence community has informed members of Congress that some material Hillary Clinton emailed from her private server contained classified information, but it was not identified that way.

Because it was not identified, it is unclear whether Clinton realized she was potentially compromising classified information.

The IG reviewed a “limited sampling” of her emails and among those 40 reviewed found that “four contained classified [intelligence community] information,” wrote the IG Charles McCullough in a letter to Congress.

McCullough noted that “none of the emails we reviewed had classification or dissemination markings” but that some “should have been handled as classified, appropriately marked, and transmitted via a secure network.”

The four emails in question “were classified when they were sent and are classified now,” spokeswoman Andrea Williams told CNN.

McCullough said that State Department Freedom of Information Act officials told the intelligence community IG that “there are potentially hundreds of classified emails within the approximately 30,000 provided by former Secretary Clinton.”

But the plot thickens.

Now, McClatchy is reporting that some of the classified information sent by Mrs. Clinton on her personal email account was data obtained by U.S. intelligence agencies.

Of the five classified emails, the one known to be connected to Benghazi was among 296 emails made public in May by the State Department. Intelligence community officials have determined it was improperly released.

…While campaigning for the 2016 Democratic presidential nomination, Clinton has repeatedly denied she ever sent or received classified information. Two inspectors general have indicated that five emails they have reviewed were not marked classified at the time they were stored on her private server but that the contents were in fact “secret.”

The email issue, however, has distracted from Clinton’s campaign for days and already has hurt her in public opinion polls. Besieged with questions, she has found herself caught in a murky dispute between State Department and intelligence officials over whether emails on her server were classified.

“Even if Secretary Clinton or her aides didn’t run afoul of any criminal provisions, the fact that classified information was identified within the emails is exactly why use of private emails . . . is not supposed to be allowed,” said Bradley Moss, a Washington attorney who specializes in national security matters. “Both she and her team made a serious management mistake that no one should ever repeat.”

McClatchy also has determined some details of the five emails that the intelligence community’s inspector general has described as classified and improperly handled.

Intelligence officials who reviewed the five classified emails determined that they included information from five separate intelligence agencies, said a congressional official with knowledge of the matter.

The Benghazi email made public contained information from the National Security Agency, the Defense Intelligence Agency and the National Geospatial-Intelligence Agency, a spy agency that maps and tracks satellite imagery, according to the official, who asked to remain anonymous because of the sensitivity of the matter.

The other four classified emails contained information from the Office of the Director of National Intelligence and the CIA, the official said.

The Office of the Intelligence Community Inspector General did not respond to questions about the matter. The five agencies either referred questions about it to the inspector general’s office or declined to comment.

The State Department, who themselves were implicated for mishandling of documents and secure information in a recent OIG report, continues to run interference for Mrs. Clinton.

Hillary is scheduled to testify before the House committee October 22.

Does this mean we can now address her as “Madame Traitor?”

Dead to rights, Hillary is a liar who put national security at risk in an attempt to play her game of personal privilege. But this is just icing on the cake. Because we know that e-mails sent and received by her, and stored on her private server, were later classified, and that she continued to possess that classified material (unsecured, to boot) after leaving office, she is already on the hook. Just needs to be reeled in. She has demonstrated that she is not fit for any office of public trust with this single gaffe alone. But try convincing the Hilbots of that. They’re completely immune to any considerations that might cause them to stray.

Like her husband Bill, and the IRS hit woman Lois — Hilary belongs on a prison work farm paying off some minuscule fraction of the many millions she has cost us all, and then also maybe on trial for manslaughter in her dereliction of duty at Banghazi, which may have including positive actions on her part that increased the deadly danger to the Americans trapped there.

“What does it take for you imbeciles to get over this? I told you repeatedly that I didn’t have any classified information on that server! Can’t you proles just get on with your pathetic lives and let me have what is mine by right?” – HRC to unknown blogger

The Times story was such a muddled mess that I’m still not sure exactly what the referral means. And then, of course, the story became a story about how the Gray Lady screwed up and how that other lady responded

We need a better press. Report the facts. Point out some relevant and reasonable inferences. Get a statement on the record from the subject. Interview an expert. It’s hard to connect the dots when we the readers are presented with a splattered mess.