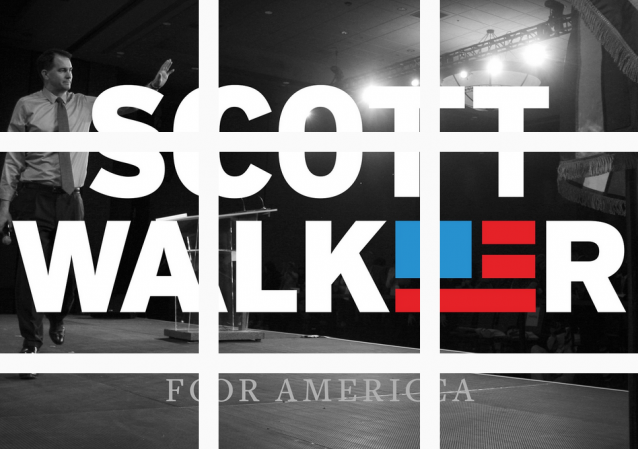 We'd head over to http://t.co/omLHRXNfRI right about 12:59 PM CT if we were you. – STAFF pic.twitter.com/qL7vasG2Bg 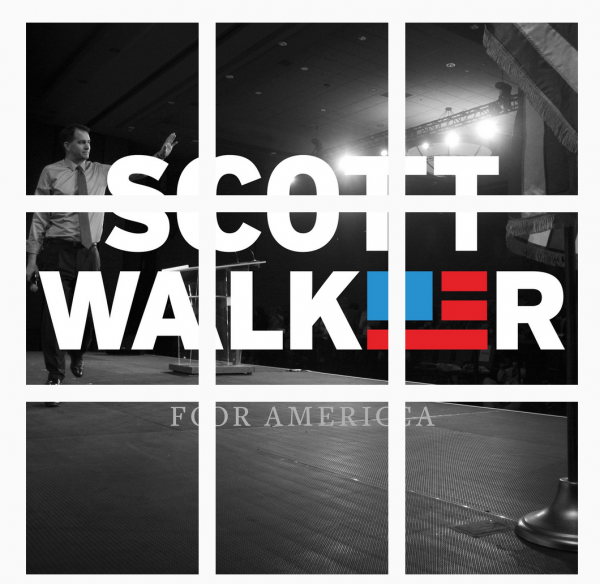 Building up over days, each graphic reveal a bit more than the last. 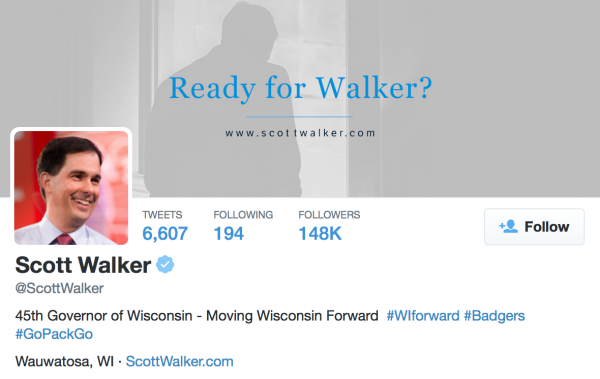 No word yet on when Governor Walker plans to join the crowded Republican primary heat, but I’d guess when the announcement does come, it will be via new media.

He’s one of my top tier guys for the big job, along with Cruz and Perry.

Gramnesty and Mr. We Shall Over-comb are cellar-dwellers (i.e., I won’t vote for them in any circumstance).

Walked descends from his throne of skulls.

“Walker descends from his throne of liberal skulls.”

I also detect whiffs of anti-Walker with the ‘coy’ adjective applied to a routine email reachout, scare quotes re: “if”, etc.

Stop making pun of us.

Your three legged comments don’t scare me. I have a legal guy, too, who’s Amazing.