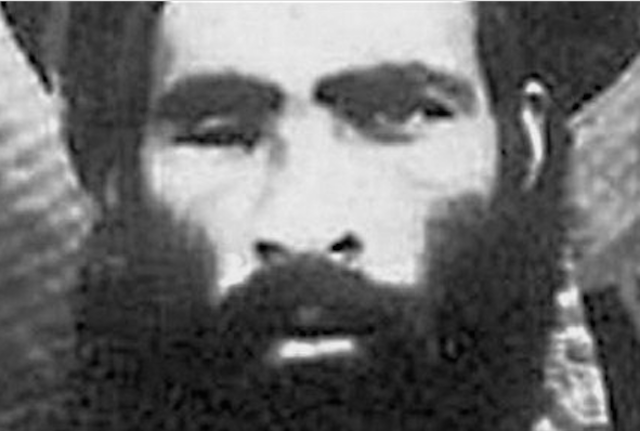 Today the Afghan government announced that it is investigating new reports of the death of Taliban leader Mullah Omar.

Intelligence sources, as well as the Afghan government, previously reported that Omar had probably died “two or three” years ago, but are working alongside other officials in the region to confirm the new reports.

More from the BBC:

A spokesman for Afghan President Ashraf Ghani said on Wednesday that the authorities were trying to verify the reports.

“As soon as we get any more authentication… we’re going to let the media and the people of Afghanistan know about that,” Sayed Zafar Hashemi said.

The Afghan government, elected last year, has embarked on a peace process with the Taliban.

A security official in Pakistan, the country hosting the talks, told the Associated Press news agency that the claims of Mullah Omar’s death were mere “speculation”, designed to destabilise the negotiations.

But a second spokesman, Zabiullah Mujahid, told the BBC a statement would be made in the coming hours.

The State Department has not been able to confirm the reports.

Mullah Omar has been a specter since the U.S. invasion of Afghanistan in 2001. He served formally as the Supreme Leader of the Taliban from 1996 to 2001, but fled following the invasion and has not been seen since. Officials believe that he holed up in Quatta, Pakistan under the protection of Pakistani authorities, but this suspicion has never been publicly confirmed.

If Omar is indeed gone, it could spell trouble for the Taliban, whose numbers have been recently reduced by defections to the Islamic State. Earlier this year the Taliban published a biography of Mullah Omar claiming that he was still the leader of the insurgency’s self-declared Islamic Emirate of Afghanistan:

The Taliban’s “Cultural Commission” released the 11-page document in several different translations on the movement’s website, ostensibly to commemorate the 19th anniversary of an April 4, 1996, meeting in Afghanistan’s Kandahar province when an assembly of Afghans swore allegiance to Omar.

“There have been a lot of rumors lately about him. Some people are saying that he is not alive,” said Sayyed Muhammad Akbar Agha, a former Taliban insider who has written an autobiography about his days with the movement.

“I think the Taliban thought it was an important time to release his biography to give assurances that he is alive and present,” Agha told CNN in a telephone interview.

According to analysis by regional experts, the Taliban pushed the bio in an effort to combat the group’s very public leadership problems. The rise of the Islamic State—right in the Taliban’s backyard—caught the attention of local and international militants, and drew fighters away from the Taliban’s cause.

Mullah Omar was instrumental in the rise and organization of the Taliban, and allowed it to form a cohesive presence during negotiations with Afghanistan’s formal government. He forged close ties to Osama bin Laden, and is commonly seen as the glue that holds the Taliban together. If these reports are confirmed, we could see a fracture in the Taliban, which would endanger the already unstable peace negotiations.

We will update this story as new information becomes available.

Abdul Hassib Sediqi, the spokesman for Afghanistan’s National Directorate of Security, said Mullah Omar died in a hospital in the Pakistani city of Karachi in April 2013.

“We confirm officially that he is dead,” he told The Associated Press.

It was not immediately clear why his death was only being announced now. The Taliban could not immediately be reached for comment. Pakistan’s Foreign Ministry said it had no information about the announcement.

A former Taliban minister who was once close to Mullah Omar said he had died of tuberculosis and was “buried somewhere near the border on the Afghan side.” He spoke on condition of anonymity so as not to jeopardize his standing with the Taliban, who do not want individual members to speak to the media.

A Pakistani security official, also speaking on condition he not be named as he wasn’t authorized to brief journalists, had earlier dismissed rumors of Mullah Omar’s death as “speculation” designed to disrupt peace talks.

The morning variety show “Today” is reporting this as if they have confirmed conclusively that this happened. They are a joke.

Mullah Omar being dead is a problem for Pakistan’s rogue military intelligence agency, the ISI.

Because if he’s dead,

Who’s in charge of the Taliban??

So, a “definite maybe” then. But taking the credit as if it was a certainty and the MSM spinning it that way. Yeah, the Propaganda Office working it.

If he died two years ago, but the claim is he died two months ago, somebody’s trying to update things and get it more in line with reality,while hiding the fact that they hid things.

Perhaps Pakistani intelligence is planning to appoint a new leader.

Breaking: Debris from Malaysian Airlines 370 may have been spotted in the Indian Ocean off the coast of Reunion island.(not that that would mean that it crashed near there)

It appears to be a wing flap. Serial numbers in many parts of a Boeing 777 can be linked to the actual plane.

But this wouldn’t help you very much to find what is on the bottom of the ocean, except it would confirm that the flight path went into the Indian Ocean.

Beware. If you’re a terrorist and can convince people you are dead, they stop looking for you.

It may be better, and easier, to pretend you are sick or disabled, and might die soon anyway.

This goes back to the last years of Leonid Brezhnev, (died 1982) and after that every Soviet leader would always be ill, and better than his successor, whether he was or not.

Better than the alternative was a standard ploy.

I think this was not leaked by Pakistan – the news came from the Afghan government, and was about Mullah Omar dying 2 years ago in a Karachi hospital. (the idea of him dying two months ago may have been a counter or pre-emptive leak.)

It may have become increasingly impossible to keep his death a secret.

Some Taliban groups have been claiming for some time that Mullah Omar is dead.

The United States government doesn’t like the news of him being dead, because it makes it easier for split-off groups to declare loyalty to ISIS. (Since he declared himself a Caliph, Baghdadi combines the roles of both Osama bin Laden and Mullah Omar: Commander-in-Chief and ruler to whom loyalty is sworn. Baghdadi is now like Napoleon. Assuming, that is, he is really the top man. U.S. intelligence analysts don’t really understand the way ISIS works.)