What year are we living in? 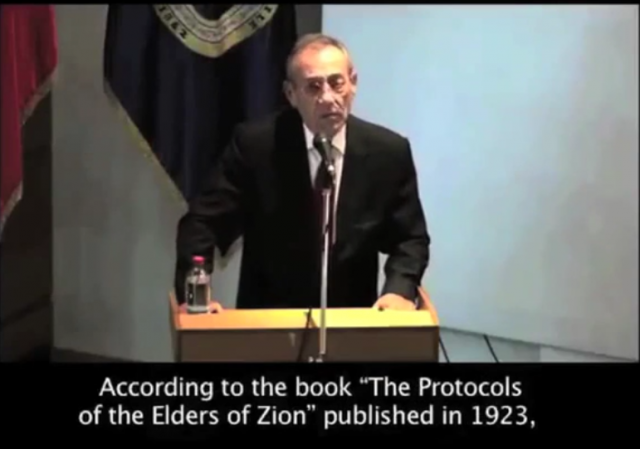 When I visited The Times of Israel on July 8, 2015, there were four headlines about blatant anti-Semitism.

In Korea, Argentina, Croatia, and the Palestinian Authority (through its Ambassador in Chile). 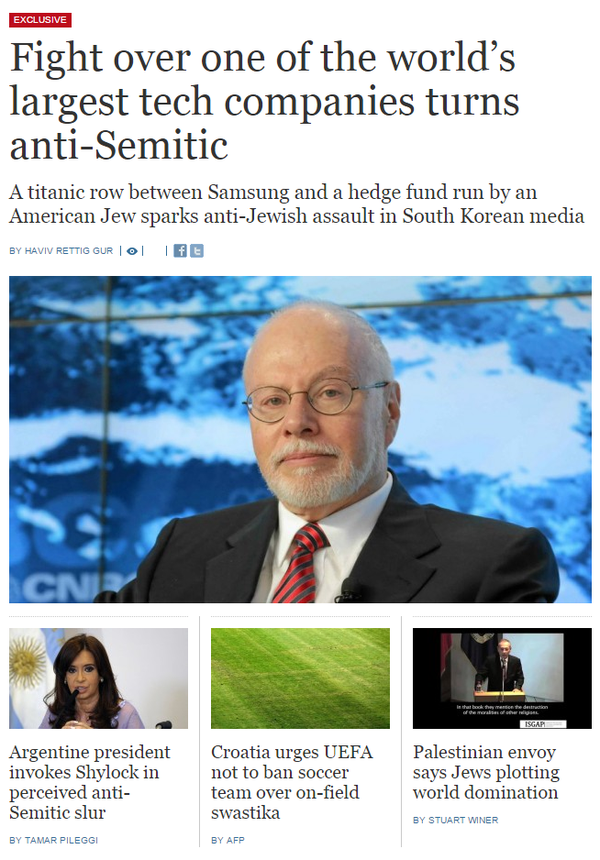 Here is the referenced speech by the Palestinian Authority Ambassador to Chile, in which he invokes the forged anti-Semitic Protocols of the Elders of Zion:

In my Tweet about the headlines, I asked the question:

Korea caught me off guard, but none of the others is a surprise. Croatia even renamed streets and squares for their pro-nazi WWII forebears.

They made my eyes pop! Last I heard, the Koreans were giving big helping heaps of love for Jews to the extent that they were learning Hebrew!

How does the the Palestinian Authority Ambassador to Chile get to say the Protocols of the Elders of Zion were published by the Bolsheviks in 1923?

This was first widely circulated around 1920 among the British in the Middle East, and was used to “explain” what was going on in Russia.

It was published by some of the Whites not the Reds.

I recall many years ago seeing the name Lenin spelled Lenine in the Literary Digest of around 1919 or 1920. I learned many years later this was probably an attempt to make it look like he was Jewish, because spelled that way in English, it looked a little like Levine.

Of course it had originally been produced under the Czar around 1903, I think, supposedly as having something to do with the first Zionist Congress of 1897, and, after it had been translated and became more widely known after World War I, some literary detective work was done and it was determined to be mostly plagiarized from an 1864 satire about Napoleon III, who ruled France from the end of 1848 to 1870, first as president and then as Emperor. At taht time there was no mention of Jews in it. then a German anti-Semite named Hermann Goedsche writing under the name as Sir John Retcliffe adapted it and included it in some novel he wrote about 1868. It went through some more adaptations later and wa sfirst published in 1905.

I’d bet the Korean example is more a case of a cozy relationship between some “journalists” and the pro-Lee family interests faction.

Your average working class Korean sees these chaebols and their remoras as insular groups with unfair advantages gained through elitist connections.

The recent “Nut rage” incident showed just how fed up most Koreans are with the chaebols and their courtesans:

Singer is actually on the same side as the Korean “little guy” investor.

Here’s a great Korean romantic comedy drama focusing on the two separate worlds of the chaebols and their hangers-on, and everybody else in South Korea. The high-school son of the top lawyer at the country’s top law firm (which represents the chaebols and handpicks government ministers) falls in love with a working-class girl and gets her pregnant. Must watch. If you aren’t hooked by the second episode, you don’t have a heart.

“Heard it through the Grapevine.”

I noticed American anti-Semites coming out of the woods in blog discussions.
Ukraine made it a crime to “insult” the memory of their Nazis:
http://www.huffingtonpost.com/nikolas-kozloff/ukraine-world-war-ii-fias_b_7689804.html?utm_hp_ref=tw
They are in a process of renaming Communist streets into Nazi streets. I’m exaggerating, but only slightly.

North Korea would be no surprise. However, the link says a company in South Korea run by a family has a problem with Jews.

Their right to badmouth their competition, but they do not represent the entire country.