A win for free association 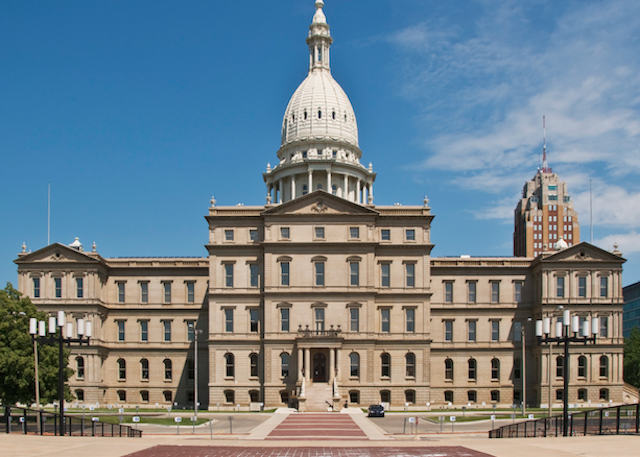 Yesterday, the Michigan Supreme Court voted 4-3 to make public sector employees subject to the state’s 2012 Right to Work law. The holding dealt a huge blow to the labor unions vying to represent the state’s almost 40,000 employees.

The court’s argument turned even the friendly appeals court ruling on its head; while the appeals court ruling said that the existence of the Michigan Civil Service Commotion did not preclude the inclusion of state employees under the right to work laws, the supremes held that the Commission never had the authority to require state employees to pay the union-related agency fees, even before right to work laws existed.

Justices Viviano, Markman, Young and Zahra ruled that while the Civil Service Commission has control of salary, benefits, grievance procedures and employment conditions, it does not have the authority to require involuntary payments to the union. Adopting an argument provided by the Mackinac Center Legal Foundation, the majority held that agency fees were akin to a tax on public employees and that the Michigan Civil Service Commission lacked the power to tax.

Justices Bernstein, Kelly and McCormack disagreed with the majority, saying that the Civil Service Commission’s authority includes the ability to force union payments from employees.

“This was an attempt by the UAW to take away the rights of certain workers and force union payments from them, going directly against Michigan law,” said Patrick Wright, vice president for legal affairs at the Mackinac Center. “The majority correctly noted that state employees unions have illegally been receiving agency fees from state employees for decades. 2012 PA 349 was not necessary to end this practice; agency fees for state employees have been illegal since the adoption of the 1963 Constitution.”

The history of Right to Work in Michigan is brought with wins, losses, heated exchanges, and even violence. Back in 2012, conservative media guru Steven Crowder joined activists with the Michigan chapter of Americans for Prosperity in a rally to support the legislature’s efforts to pass Right to Work legislation. The labor unions also came out—to protest, obviously—and what happened next was nothing short of terrifying:

So much for “peaceful protests,” right?

The protests didn’t stop after Governor Rick Snyder signed Right to Work into law; since the policies went into effect, unions have been working hard to find loopholes in the law and thus maintain their hold on workers in Michigan—and for good reason. The holding could have national consequences:

That decision wasn’t the only one coming out of the court. Union workers are going to need to kick in a bit toward their retirement plans.

In another setback for state employee unions, the court also upheld Wednesday a 2011 law requiring employees in the state’s defined benefit pension plan to either contribute 4% of their pay toward retirement costs or move to a 401(k)style plan, in which future retirement benefits are not defined. That ruling overturned a decision by the Michigan Court of Appeals.

The reason this could have national implications is that Michigan was trying to use the same dodge that many other union controlled states have employed in the face of rising Right to Work movements. When informed that workers could opt out of paying dues, the state turned around and allowed the unions to charge so-called “agency fees” on them, deducted from their paychecks with no say as to how the money would be used. The result is the same as with paying dues: the unions take the money and lobby for their own political positions and candidates even if those actions are directly contrary to the wishes of the worker. This effectively robs employees of their right to free speech and participation in the electoral process.

This may seem a little, obscure story.

But it is HUGE. Both for Michigan and for other Rust-Belt states who watch Michigan law.

275,000 Dominoes – Enjoy Your Life (Guinness World Record – Most dominoes toppled in a spiral)

Sweeeeeet freedom for my home state.

YOUR take-home and 40-hour week are next, sweetie.

I’m a paper millionaire who’s lived in a right to work state for the past 30 years. When exactly will my downfall come?

That depends. Were they honestly obtained, or extorted by thuggery? If my work is worth what I’m getting then I’ll keep getting it; if it isn’t then I shouldn’t be getting it in the first place.

You mean like in all the other “right to work” states?

The ones were people are…you know…WORKING…???

Working? Yes, slaving away for less-than-starvation wages while the BSD 1%er MBA CEO Managers (like Trump and Fiorina) line their pockets.

LOL. What an ass. Before I sold off my business and went into semi-retirement, I had over 40 employees making at least $52,000 with full bennies.

You’re like a psychic, counting only the few hits and ignoring all the multitude of misses.

The standard of living in the U.S. HAS gone in the toilet under Barracula.

Funny how employment in RED states has fared SOOOOOOO much better than in BLUE states, along with the middle-class.

It makes you think…if you have a brain…

Amy, that link is to an amicus brief.

“the existence of the Michigan Civil Service Commotion …” — Is that, like, when they assaulted Steven Crowder and hit people over the head with placards and such?

They were Tea Partiers dressed up as public union thugs.

It’s also misspelled on the three blogs that copy/pasted the text from this website.

Wrong; this is a “win” for classless, lazy moochers.

Raggy is, as usual, wrong & an imbecile.

So, everyone that was forced to pay union dues since ’63 can now sue to get their money back.