How damning are the recent undercover Planned Parenthood videos? 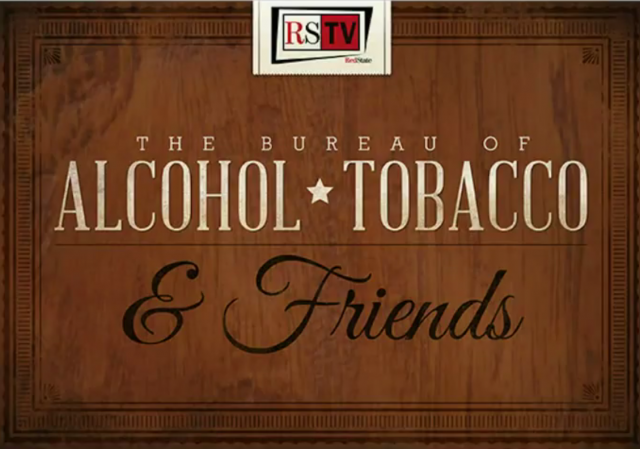 Thursday evening I joined Red State’s Leon Wolf and his panel of lovely gentlemen for the weekly vcast of the Bureau of Alcohol, Tobacco, and Friends.

Over wine and cocktails, we discussed the Sandra Bland incident, Planned Parenthood’s baby part harvesting, and 2016.

We began by discussing Sandra Bland and the circumstances that ultimately lead to her death. Are the police responsible? Were there other mitigating factors? What kind of power have we given the police when an improper lane change leads to arrest? Should we be having a broader discussion about mental health? These are some of the questions we tackled.

I maintain that equally as important as the police power angle, is the mental health discussion that seems to be getting far less attention.

When it comes to Planned Parenthood’s baby organ harvesting, was the timing of the video rollout ideal or should the investigators have waited until later in the election cycle? I contend the timing is perfect. As the Center for Medical Progress (the group behind the undercover videos) mentioned, they have thousands of hours of tape and more videos coming.

Republicans faired well in 2014 without the assistance of any undercover videos or sting operations. The steady rollout now not only forces candidates to respond, but also keeps the story in the news cycle.

Unlike other undercover videos we’re used to seeing from right-leaning individuals and organizations, what the CMP captured is not hypothetical; harvesting and selling baby parts is something that is actually happening. The CMP filmed an unthinkable atrocity in action.

Even more damaging is that this is not an ultrasound or birth control or the normal Planned Parenthood activities we’re seeing. This is a part of Planned Parenthood that is unconscionable, and one that most are completely oblivious too.

It’s always great to join the lovely gentleman of the BATF. Hope you enjoy!

“This is a part of Planned Parenthood that is unconscionable, and one that most are completely oblivious too.” Unfortunately, many will remain oblivious to it because the media are not reporting it at all, are not covering it in enough depth, or are suppressing details that obscure the real horror.

Love the name of this webcast.

CRIPES! I find your discussion of the Bland matter REALLY disappointing.

Second, yeah, you damn-betcha that you can take a traffic stop for an illegal ANY-FLUCKING-THING to an arrest by being belligerent and physically combative with a cop.

If I heard one more “…going to jail for a turn signal…” stupidity, I would have plotzed.

I was having trouble logging onto College Insurrection. The Professor did something and now it’s simple.

That concludes this PSA.