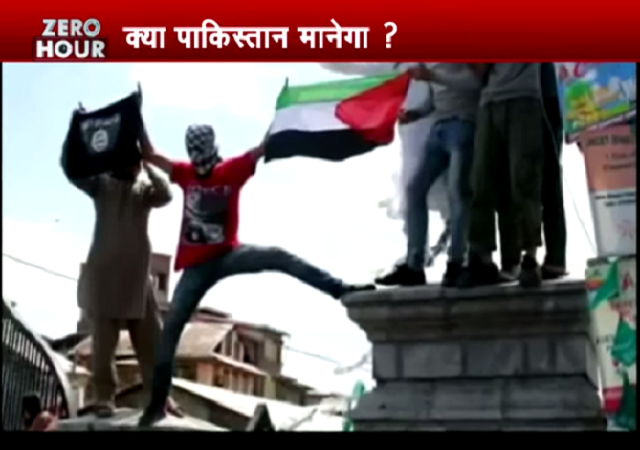 The threat of ISIS has spread from Syria and Iraq, to Egypt, and even to Europe and the United States. Islamic militants are using both ground operations and digital campaigns to infiltrate new territory, and recent reports show that now India’s government is alarmed at the recent inroads made by ISIS, especially in the country’s northern regions.

India is home to the world’s second largest Muslim population. Numbering roughly 180 million, Muslims make up for about 14 percent of the country’s population, and ISIS is taking full advantage of the opportunity to seize control of new ground. Not only have young Indian Muslims joined the ranks of ISIS combatants in Syria and Iraq, they are also acting as influential jihadi propagandists online. In December 2014, Britain’s Channel 4 uncovered the identity of a Bangalore-based man allegedly operating ISIS’ most influential Twitter account.

ISIS’ influence in India is not limited to just talk anymore. Supporters of the terror outfit in Muslim-dominated regions are feeling emboldened to show their support outside the realm of cyberspace—and it shows.

Nowhere is the support for ISIS stronger than in the northern Indian State of (Jammu-) Kashmir. In early 1990s, widespread anti-Hindu pogroms in Kashmir drove about half a million people from their ancestral homes. Having cleansed large parts of Kashmir from the native Hindu population, the Islamists are now fighting to carve out a separate, Islamic country.

On Saturday, the Islamic festival of Eid in Muslim-majority Kashmir province was marked by anti-India demonstrations that ended in widespread vandalism and stone pelting. Masked protesters waved Pakistani and Palestinian flags alongside ISIS flags.

Raw video of the protests here:

Clashes broke out on Saturday between stone-pelting youths and security forces in several areas in Srinagar and Anantnag district soon after Eid prayers even as Pakistani and ISIS flags were hoisted in an interior locality of the city, police said.

Islamist insurgents, aided by neighbouring Pakistan, are fighting a longterm battle with India over the control of Kashmir. India has lost more than 30,000 civilians and security personnel to terrorism in last two decades alone.

ISIS is carrying out an effective propaganda war, and has now replaced Al-Qaeda as the favourite choice for aspiring terrorists in India. There are serious doubts, though, as to whether or not Indian authorities have fully grasped the nature of the threat taking root within the country’s Muslim population. Talking to media over the weekend, a senior Indian army commander in Kashmir cited “alienation and lack of opportunities” as main reasons behind Islamist radicalization amongst Muslim youth.

Judging from the footage coming out of Kashmir, ISIS is more than happy to provide an opportunity to belong.

Vijeta Uniyal is an Indian journalist based in Europe and Senior Distinguished Fellow at the Gatestone Institute.

(WAJ note: We are looking forward to more posts about India, the Indian diaspora, and the Israeli-Indian relationship from Vijeta.)

Hell, name people anywhere in the world who should NOT be “concerned” about ISIS expansion…!!!

You know who else does beheadings? Mexican drug cartels, who run half of Mexico. Holder gave them guns, Lynch gave HSBC a wrist slap for laundering billions of their drug money, Obama keeps the border open for them, suing governors or sheriffs that try to stop criminals, protecting criminal aliens in sanctuary cities …

But she fled … the story I remember but couldn’t find, a brave woman like this in another town was killed.
http://abcnews.go.com/International/mexican-police-chief-marisol-valles-flees-to-us/story?id=13569525

Oh, here is the woman that stepped up and was then murdered … these are police stepping up, being murdered. Fine women … but “aren’t we ready for a woman president” Hillary doesn’t care … she’ll keep open borders.
http://abcnews.go.com/International/mexico-police-chief-murdered/story?id=12294819

Yet we still have Hillary and others kissing up to La Raza, and true blue Americans are called racist and put on Homeland Security watch lists for demanding control of our borders and no amnesty (never citizenship for invaders). Meanwhile lawbreaking druggies like Trayvon/Brown/Freddie are made martyrs, and race riots are coordinated with Sharpton right from the oval office.

Yes, India is facing down ISIS, but we really have a global war on leftist anarchism, funded and arranged by globalist commies. Chaos is their friend, burning down democracies. We need India as an ally.

At the division of India in 1947, it was expected that the muslims would move north to Pakistan. It didn’t happen that way. Many Hindus stayed in Pakistan and were slowly driven south into India. The muslims who stayed in India have caused many problems over the years. I think the solution to the problem is to outlaw islam in India. muslims have killed over 75 million Hindus trying to convert the country to islam. We are talking some serious hatred here. I think all muslims should be driven north into Pakistan. The Pakis will rattle their nuclear capability, but their designs are primitive. I think they know that. India’s designs are better. They may have had help from Israel. In any event. the Hindus have learned well from the British and are pretty goddamed democratic. Worthy of US support in a war wi8th the Pakis. We are at war with islam whereever you find it. We will need to kill almost all of them and force the rest to give up allah. Sort of like we did to Shintoism right after WW II. Islam has declared war against us and we must wipe them out.