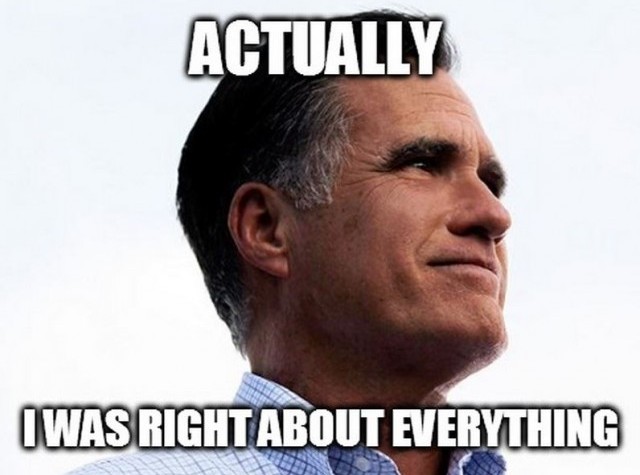 General Joseph Dunford has been nominated to be chairman of the Joint Chiefs of Staff.

While testifying before congress yesterday, he made one claim that might come as news to President Obama. Phil Stewart and David Alexander of Reuters reported:

Russia presents the greatest threat to U.S. national security and its behavior is “nothing short of alarming,” Marine General Joseph Dunford told lawmakers on Thursday as they weighed his nomination to become chairman of the Joint Chiefs of Staff.

Dunford also added his voice to those Pentagon officials who have supported providing lethal arms to Ukraine to help it defend itself from Russia-backed separatists, a step that President Barack Obama has so far resisted.

“My assessment today, Senator, is that Russia presents the greatest threat to our national security,” said Dunford, the Marine Corps commandant, who is expected to swiftly win Senate confirmation to become the top U.S. military officer.

Here’s the video of Dunford’s testimony:

You may remember a moment from one of the 2012 presidential debates in which Romney suggested that Russia is one of America’s top geopolitical foes. Obama mocked him for the comments and was praised by his fans for doing so.

Damn, it's almost like Barack Obama was an utter fool when he presumed to lecture Mitt Romney on foreign threats. https://t.co/1WHNLAJ4aS

The election for the highest leadership position in the land is nothing more than a beauty/popularity contest.

In 2012, Vladimir Putin hadn’t yet seemed to slip the boundaries.

Well, I have to respectfully disagree. The greatest threat is Pres. ScamWOW, followed closely by everyone in the Obami.

“Russia presents the greatest threat to U.S. national security and its behavior is nothing short of alarming,”

There are multiple ‘greatest threats’ to our national security and Russia is just one of them. The rise and nuclear armament of the Iranian and ISIS Caliphate, our unsecured borders, China’s unrelenting cyber attack to name a few.

All these are symptoms of the global power vacuum engineered by that Manchurian candidate occupying the White House.

Coo, coo, ca-choo, Mr. Putin Slim Pickens loves you more than you will know (Wo, wo, wo)

Notice how General Dunford begins the answer: “Russia is a nuclear power with the capability of violating the sovereignty of our allies, in a manner inconsistent with our national security and IS ALREADY DOING SO”. Iran is the same with one small difference, Iran does not have nuclear capability. Let’s keep it that way.

“Damn, it’s almost like Barack Obama was an utter fool when he presumed to lecture Mitt Romney on foreign threats.”

Putin is basically a troll. Violating air space here, supporting an insurgency there, but, not counting Chechnya, which was a real struggle, very little real territorial growth. The biggest problem is Russia sponsoring separatists everywhere, including TX. They might yet start an insurgency in the Baltics to show NATO to be a paper tiger.
Having said that, Russia is a dying nation, albeit it’s possible that the West will self-destroy first. We should be handling it as such.