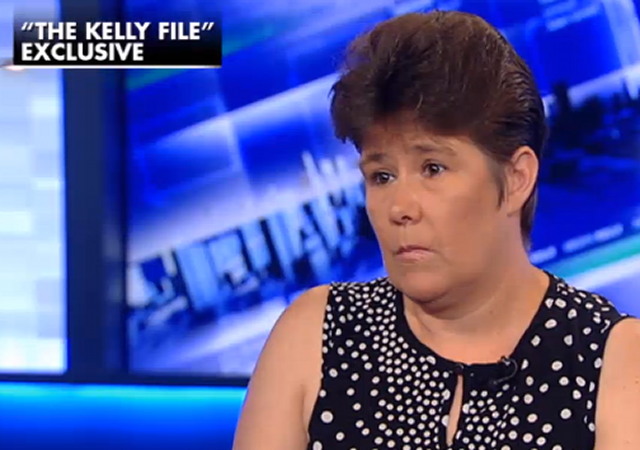 You may recall the horrific story of Colleen Hufford, a 54 year-old Oklahoma woman who was beheaded in 2014 by a co-worker who was a recent convert to Islam.

The story shocked the nation and reminded many of the Fort Hood attack; some people insisted it wasn’t terrorism but just an act of workplace violence.

Holly Bailey of Yahoo News reported at the time:

A beheading in Oklahoma: Was it terrorism or workplace violence?

She never saw him coming, according to police.

Just after 4 p.m. on Sept. 25, Colleen Hufford, a 54-year-old grandmother and worker at Vaughan Foods in Moore, Okla., was standing in the doorway of the front office in the food processing facility’s main building when Alton Nolen, a co-worker who had just been suspended over an argument with another colleague, violently grabbed her from behind.

As horrified employees watched, Nolen, a 30-year-old production line worker with a criminal history, savagely sawed at Hufford’s throat with a large kitchen knife he had gone home to retrieve, severing her head.

Nolen then went after Traci Johnson, a 43-year-old co-worker, viciously slashing her face and her throat in an attempt to decapitate her, too. But his bloody rampage came to an abrupt end when he was shot and wounded by the company’s top executive, who also happens to be a reserve deputy sheriff. Johnson, while severely wounded, survived.

Traci Johnson, who survived the attack, spoke to Megyn Kelly in an exclusive interview.

Megyn Kelly sat down with the Oklahoma woman who was nearly beheaded in an attack that shocked the nation. The exclusive interview will air on “The Kelly File” Thursday at 9p/12a ET on Fox News Channel.

On September 25th, 2014, food plant worker Alton Nolen walked into Vaughan Foods in Moore, Okla., and beheaded one of his coworkers. He was trying to decapitate a second when the plant owner heroically stopped the attack.

Traci Johnson was Nolen’s second victim. She completely avoided the national spotlight after the horrific incident, until now.

Megyn asked Traci about the killer, whether he was motivated by racism or terrorism – an issue still not decided by law enforcement – and what it was like when she realized that this man was trying to cut her head off.

You can watch the full interview tonight on FOX at 9 PM ET, but here’s a preview:

When are we going to get serious about these evil thugs who worship a rock and a pedophile?

Amen to that, Platypus.

Ms. Johnson can’t decide if it was racism or terrorism?

Why not both? It’s not like those two are mutually exclusive.

And a big +1 to Platypus above. Amen, brother. Biblical figures such as Moses and Jesus went to the tops of mountains to be closer to God. Muhammed, by contrast, went down into a deep cave to commune with Allah. Makes you wonder, doesn’t it?

The Bible describes God as honest, forgiving, and loving, while the koran describes allah as deceiving, vindictive, and hateful.

There are many clues in islam that reveal allah is the antithesis of God.

…bad man with a knife, but your point is still well-taken.

It doesn’t matter what the weapon. It’s the intention.

Rags, you are correct. My mind was still on the previous thread.

When I first read the headline, I thought a woman had somehow survived a beheading. I expected to see her head on a tray while MK interviewed her. How disappointing.

Dude! “Futurama” was a cartoon. Say it with me…