Expect increases on your bill to pay for “free” internet 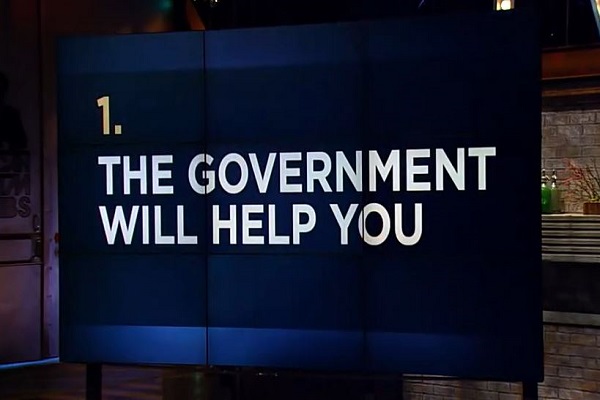 The history of the Lifeline (aka Obamaphone) program is often cited by progressives as a Republican scheme, and in some ways, it is.  As Daniel Greenfield explains:

At the same time it should be recognized that the roots of this monstrosity began under Bush when the [Universal Service Fund] USF was used to subsidize cell phones. The original purpose of the USF was to provide landline access to rural communities.

That made sense because people who are 40 miles away from help need a lifeline. Then the ‘lifeline’ became a way for every housing project resident, who has a cop downstairs, to get a free cell phone.

That’s why the lefty howls of “It’s a ReaganPhone” are lie. This was never supposed to mean free cell phones with every welfare check. But then it was and did.

This is one reason that I oppose almost all such federal programs; over time, they become bloated, wasteful, abused “rights” that no longer even remotely resemble the original program or its intent.

Now, Obama’s FCC plans to take the Obamaphone program to the next level: the internet.

But the agency’s Democratic majority wants to broaden the program to pay for Internet service to give more people access to broadband and close the nation’s “digital divide.” Chairman Tom Wheeler circulated his proposal to the other commissioners on Thursday so they can vote on it at the agency’s June 18 meeting.

Wheeler said he wants to “‘reboot’ Lifeline for the Internet age.”

“[A]s communications technologies and markets evolve, the Lifeline program also has to evolve to remain relevant,” he wrote in a blog post. “Americans need broadband to keep a job, as companies increasing require basic digital literacy skills. We rely on broadband to manage and receive healthcare, and to help our children do their homework.”

Progressives intend to use this as a means of “evening the playing field” and ensuring that everyone is “equal.”  As usual, they don’t want to work on underlying problems like too much government regulation and “oversight” that squashes opportunity; they just want to guarantee outcomes.  That’s what net neutrality was about (at least in part; it was also about controlling political speech, but we can discuss that another time).

The following is an entertaining (and insightful) examination of the net neutrality that is making the coming ObamaNet possible:

Luckily, there are some GOP opponents of the Obamaphone program who want to see the whole thing eliminated.  Politico reports:

The expansion plan is not sitting well with some GOP opponents of Lifeline who want to kill the program entirely.

“Even after a GAO report questioned the effectiveness of Lifeline and the FCC’s promises of ‘sweeping reforms,’ we continue to have regular reports of fraud and abuse,” said Sen. David Vitter (R-La.). “The free government cell phone program is beyond reform and should be ended.”

FCC action on Lifeline would mark the agency’s latest effort to shape the future of broadband. The commission’s Democratic majority in February approved new net-neutrality rules that treat broadband like a utility, a move that enraged Republicans and telecom giants who warn of overregulation. And the FCC raised doubts about Comcast’s acquisition of Time Warner Cable over concerns it would concentrate too much of the nation’s broadband service in one company’s hands. Comcast ended up dropping the deal last month.

I’m not sure that the current GOP leadership will do much about this, so you can likely expect new charges to appear on your internet bill to pay for the ObamaNet.

Taking over the Internet is Obama’s new ping.

Barry thinks himself “Ming! Master of the Universe!”

“According to widespread media reports, both the U.S. Treasury Department and the Department of Labor plan are planning to stage a public-comment period before implementing regulations that would require U.S. savers to invest portions of their 401(k) savings plans and Individual Retirement Accounts (IRAs) into annuities or other “steady” payment streams backed by U.S. government bonds….”
“Once wise politicians are controlling your money you can relax–your money will be perfectly safe, backed by the full faith and trust of the US Government. No need to concern yourself with silly little details and complicated arithmetic. After all it’s just money, so why worry?”

That was some time ago. I’d suggest that you check your sources and see if the Administration is still floating that trial balloon.

The Democrat’s/government’s need to access your money has been an ongoing threat. Consider just payroll and FICA, both of which as of today’s date, mean that government gets its share first. Check your sources.

Here is the latest inroad-benevolent “fixing”-which opens the door to mandatory “confiscating” in times of U.S. fiscal trouble or any minute now.

As Rush said on his show last Friday, why doesn’t the federal gov’t use the phone subsidies for rural areas (dating all the way back to FDR, I believe – certainly back to LBJ and the “War on Poverty”) to fund this – obviously the phones are there, now.

But of course, that is all rhetorical. We know it’s all about taking “their” money to spend it on whatever they want……and controlling the Internet.

Don’t omit from the discussion the government subsidies that NPR diverts from their blue-state havens to prop up their twinkling galaxy of unprofitable stations out preaching the left-to-far-left gospel in less densely populated redneck country.

“I’m not sure that the current GOP leadership will do much about this, so you can likely expect new charges to appear on your internet bill to pay for the ObamaNet.”

Well, of course not, silly. Our GOP leaders are just so gosh darn busy repealing Obamacare.

It’s not about the poor anyway. I’m on disability so qualified for an “Obamaphone” which I need(ed) due to surgeries that I was going through and health problems that, considering all circumstances, made a phone with a few minutes on it actually cheaper than having one with only 911 capabilities. (Briefly: I had falling/passing out issues for a bit so needed my husband able to phone my doctor immediately in some cases. That should have saved money because if I was limited to a 911 only phone, I might have spent much more time in the emergency room.)
However, once I signed up for a particular carrier, which meant they got my portion of the taxpayers’ money, it took 3 MONTHS to get it set up properly so that I could actually use it. By the time I could use it, I didn’t need it anymore because we had bought a by the minute phone on our own.
Even though I couldn’t use the phone, every month those ‘free’ minutes were put on my phone, only to disappear and be replaced with new ones on the first of every month. In order to keep receiving the minutes, recipients have to make one phone call a month. For 3 months solid, I could make a brief “It’s working…… never mind, no it’s not.” phone call at the beginning of the month and then the phone would be a paperweight again until the new cycle.
I. kid. you. not.
It kept happening, in spite of my calling several times trying to get it worked out. Finally I had had it so told them I was going to send their phone back and asked to speak to a supervisor. She sent me a new SIM card and it’s worked right since then.
I, as a government assistance recipient, am a valuable resource for far too many companies/entities these days.

Am I gonna lose my Obama Walkman?

My question is are we gonna lose them?

I have a functioning 8 track, btw.

May the 8 track be with you.

Yes, you can keep your Obama Walkman or you can trade it for door #2.

Still waiting for my ObamaPony, guys…

OMG! Thank you! I love this so much!! xxoo

I don’t believe in free broadband ( go to the library ). But there is good case for free low-speed wireless internet? By low speed I mean slightly faster then what is required to load this page.

There are reasons for wanting this. One good example is this: I know several people with home internet, land-based phone lines. In the case of a power outage they have no way of contacting ComEd to report the outage, or to find out how long the outage will be. ( As well as no way of calling for emergencies. Come to think of it I am also for municipalities creating “911-smallville.com” and “nes-gotham.com” nes standing for non-emergency-site. )

I will also admit to an ulterior motive. I take public transit when I can. The local system has their vehicles/trains all equipped with GPS. Go to a site and tell them your location and they will then deliver the ETA of the next few public transport vehicles. I really couldn’t justify wireless, I have no other need for it.

Landline? Their phone should still be working in case of a power failure.

I still use a landline and DSL at home, because I don’t feel like going to FIOS.

And people though self-moderating, responsible behavior (i.e. morality) was an effective drug. Pass the [secular] opiates/incentives to suppress integrity and conscience.

The library is free internet for the masses. They don’t need it at home.

Also, do Obamaphones have internet?

The ObamaPhone services structure is coordinated with your donations record. Generally, it takes $500 of donations over any two year period to qualify for an internet capable ObamaPhone. Any record of donations made to non-Democrat candidates and other terrorists disqualify one for an ObamaPhone.

Don’t blame Obama – he’s just doing what a useful idiot of the left does.

Instead, blame Boehner and McConnell – who we voted in to protect us from useful idiots of the left.

We tolerate these two morons at peril of our freedom.