See what other words made the cut

Merriam-Webster released this year’s dictionary update and the additions are… interesting.

According to their website, the dictionary expansion includes more 1,700 words:

As of last week, it’s grown by more than 1,700 entries, and existing entries have expanded by more than 700 new senses. We’ve added 3,200 examples that provide contextual information, and another 200 entries for some of the words people most frequently look up have been updated and enhanced.

Some of the new entries are for terms you’ve heard of and some likely aren’t.

Several words birthed from the politisphere made the cut — like this lefty favorite. Take this one away and they’d have no clue how to chat about the Koch brothers: 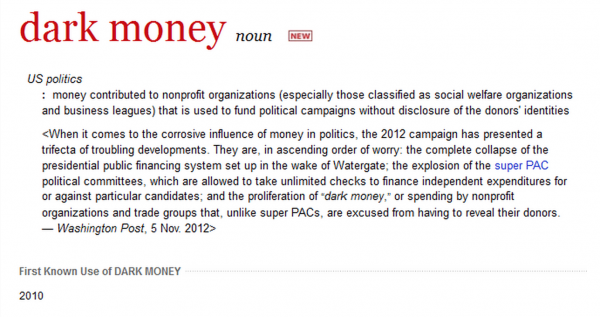 And this one (Thanks for letting this monster through, Congress): 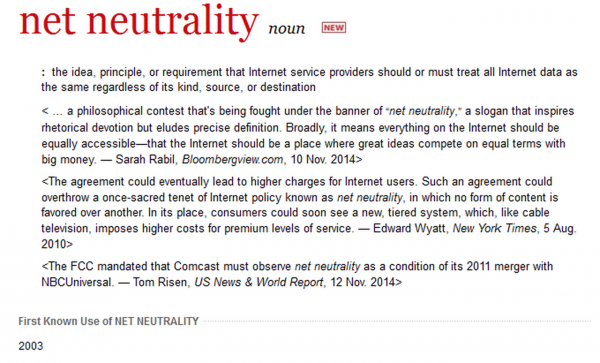 There was also this one I’d never heard before: 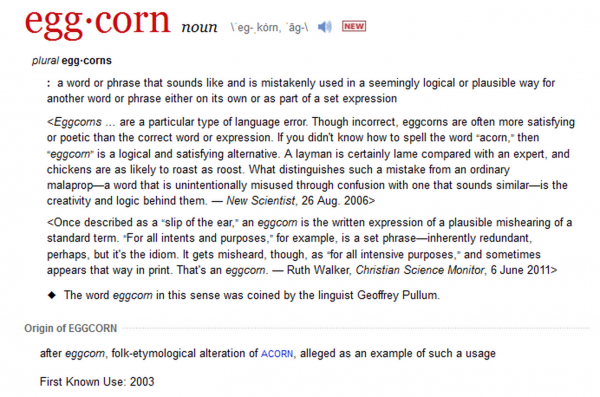 Some additions are disturbing (culturally speaking), and probably serve as some kind of apocalyptic trigger meant to bring on the four horsemen. At the very least, they’re indicative of our pop-culture culture.

A selfie culture deserves to have “photobomb” installed as part of its official language, right? 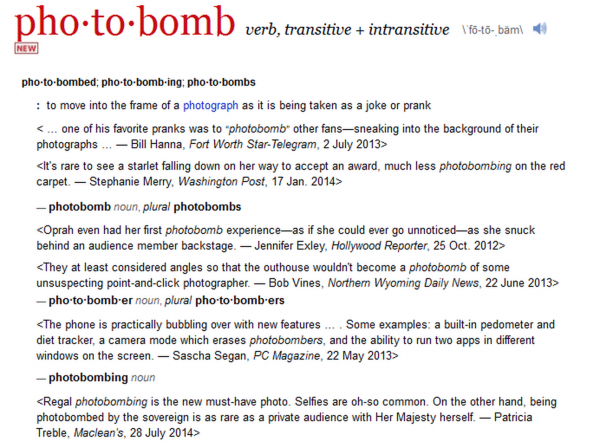 Why wear jeans when you can wear their stretchy, impostor cousin — jeggings? It’s worth noting that our blog spell checker hasn’t quite caught up with the dictionary and wants to correct “jeggings” to… “jigging”? 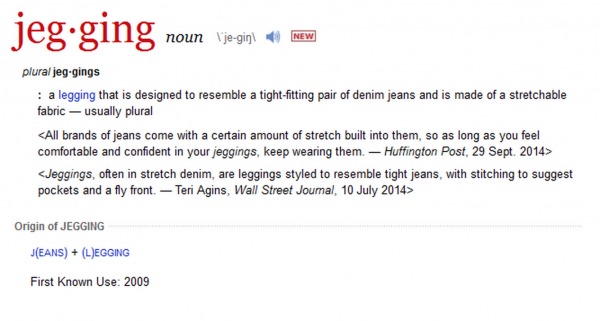 This popular catch-all was also canonized by our language overlords: 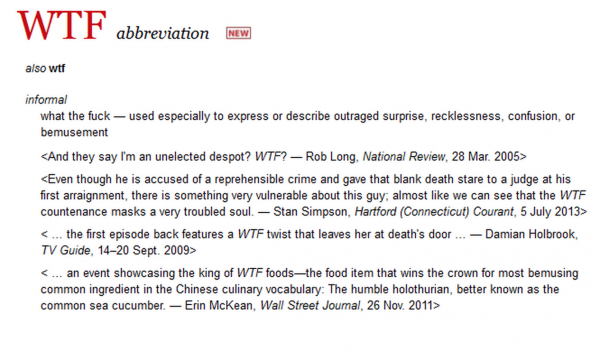 And thus the decline of western civilization continues.

Could you not fit in the picture of Ol’ Walleyes in the citation for “dark money”?

I’m trying to figure out how the Kochs are “dark money” but the Teamsters (and the NEA) are good money?

One is tempted to say ‘you couldn’t make it up.’ But, then…