Evading Government Scrutiny Is a Crime?

Evading Government Scrutiny Is a Crime?

“Everyone’s privacy and freedom from unjust arrest is undermined” 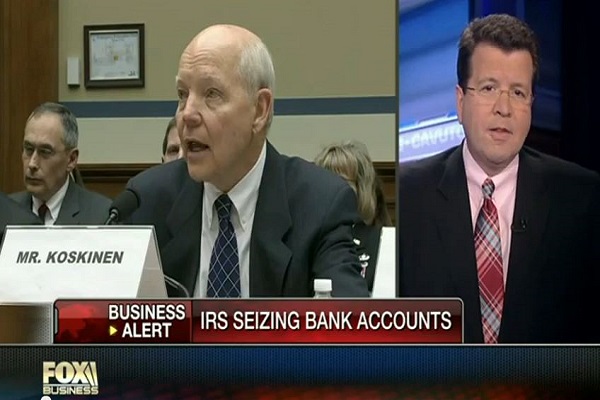 I saw this story earlier this week, and it’s been nagging at the back of mind ever since.  Dennis Hastert allegedly engaged in serious sexual misconduct and then paid the victim millions to remain silent; that’s not really defensible on a moral level, and the crimes with which he’s been charged are not related to the sexual misconduct.

Instead, he’s “been indicted for two alleged felonies: 1) withdrawing cash from his bank accounts in amounts and patterns designed to hide the payments; and 2) lying to the FBI about the purpose of those withdrawals once they detected them and then inquired with him.”

It isn’t illegal to withdraw money from the bank, nor to compensate someone in recognition of past harms, nor to be the victim of a blackmail scheme. So why should it be a crime to hide those actions from the U.S. government? The alarming aspect of this case is the fact that an American is ultimately being prosecuted for the crime of evading federal government surveillance.

That has implications for all of us.

By way of background, financial institutions are required to report all transactions of $10,000 or more to the federal government. This is meant to make it harder to commit racketeering, tax fraud, drug crimes, and other serious offenses. Hastert began paying off the person he allegedly wronged years before by withdrawing large amounts of cash. But once he realized that this was generating activity reports, he allegedly started making more withdrawals, each one less than $10,000, to avoid drawing attention to the fact that he was paying someone for his silence.

Again, the payments weren’t illegal. But as it turns out, structuring financial transactions “to evade currency transaction reporting requirements” is a violation of federal law.

Although initially designed to identify criminal behavior such as drug cartel transactions, racketeering, and terrorist’s money trails, the law is willfully abused by the IRS to confiscate the bank accounts of small business owners without any evidence of a crime.  The small business owner has the responsibility (and with now empty bank accounts) to prove that they are not engaged in any criminal activity.  According to Hot Air,  “the IRS used this tactic 639 in 2012 alone, with only 20% of those cases ever being prosecuted.”

This is such a wide-spread problem that Senator Chuck Grassley (R-IA) has sponsored legislation to curb such federal asset seizures.  Until it is curbed, however, it is a crime for small business owners to try to protect themselves by being careful about how they deposit money from their business so as not to raise a red flag at the IRS and have their assets seized with no charges filed or pending.

What about another hypothetical instance such as that posited by Friedersdorf:

Imagine that a documentary filmmaker like Laura Poitras, whose films are critical of government surveillance, is buying a used video camera for $12,000. Vaguely knowing that a report to the federal government is generated for withdrawals of $10,000 or more, she thinks to herself, “What with my films criticizing NSA surveillance, I don’t want to invite any extra scrutiny—out of an abundance of caution, or maybe even paranoia, I’m gonna take out $9,000 today and $3,000 tomorrow. The last thing I need is to give someone a pretext to hassle me.”*

That would be illegal, even though in this hypothetical she has committed no crime and is motivated, like many people, by a simple aversion to being monitored.

It is not a crime to buy a $12,000 video camera, nor to withdraw money from your own bank account, but doing so in such a way so as to avoid government scrutiny is—in and of itself—a felony?

Friedersdorf further explicates the potential implications for us all:   “What if the government installed surveillance cameras on various streets in a municipality and then made it a crime to walk along a route that skirted those cameras?”

Not only  is it likely that you are breaking some obscure law right now, but as Friedersdorf concludes, “if the state can decide that specific, legal behavior will trigger scrutiny by federal law enforcement and that any attempt to avoid that scrutiny is illegal, even if no other crime is proved, everyone’s privacy and freedom from unjust arrest is undermined.”

“. . . everyone’s privacy and freedom from unjust arrest is undermined.”
That is the point and the goal. Ayn Rand was prescient.

I doubt that the cash evasion laws are constitutional. Having said that, I cannot believe that the govt prosecutors made a moral decision to excuse (immunize?) a blackmailer in order to go after his victim.

What will it take for the MSM to make an issue out of this depraved discretion? I bet nobody has considered the possibility that the blackmailer was never molested by Hastert but merely knew Hastert was rumored to be involved with another student. As to why Hastert would give in, all the blackmailer would have to do is tell Hastert that he would claim to be one of his victims and that no one could disprove it.

That might be enough to get Hastert to pay hush money. But it also lets a criminal get away scot free. Plus he gets to keep the money. Sweet. And disgusting.

That is why Dodd-Frank was passed.

When it come to money, the gov has everyone guilty first. We’re just not meant to have any money or to control who gets that money.

Revision of that law should be right up at the top of the GOP’s priorities.

ALONG with a law that has teeth to prosecute rogue prosecutors. (See the period?)

Yes. This seems to be a definite step toward “ant farm” thinking.

An American is generally not required to conduct his affairs in a manner which is most convenient to the government.

So the Bank Secrecy Act (BSA; http://en.wikipedia.org/wiki/Bank_Secrecy_Act or http://www.fincen.gov) was passed in 1970, and after reading admittedly just this post in the blog, none of the linked articles, I’m reasonably certain that that’s what’s being cited as violated law.

The problem is–it’s another bit of well-intentioned law that’s being weaponized.

The BSA was passed in an effort to defeat money laundering. One of the detectable behaviors of money laundering is structuring–which is exactly what the hypothetical filmmaker is doing, above. $10,000 is the arbitrary cutoff point at which the law deems money laundering is potentially happening, and financial institutions are required to submit reports should any of the money laundering behaviors be detected–that is, depositing more than $10,000 at once, or doing so over several transactions over the course of a short period of time (2-3 business days, for example).

Now, I agree with the point of the post here–I’d rather not have Big Uncle watching over my shoulder all the time, his hands in my pockets and so on. But say for a moment the BSA gets repealed, FinCEN disbanded, etc. Then a worst-case scenario happens–another terror attack financed from within here, or massive drug-running rings/cartels, or etc. Is that risk one we’re prepared to accept?

I think what really needs to happen is the same thing as what needs to happen with/at the IRS, and that’s to stop treating it like some sort of extralegal weapon to…shall we say, “dissuade” opponents from organizing or operating.

KM, no one has said anything about repealing it. It’s not either-or.

It’s clearly being abused to go after small business owners who have absolutely nothing to do with any criminal activity whatsoever. The IRS knows this and does it anyway. The problem is the misuse and abuse of the law, not the law itself. This is a common theme when government’s get too big, too powerful; they stop doing what is right by the people and start throwing their weight around. We have to stop it. Now. While we still can.

Is “undermined” the new euphemism for “gone”?

So now “appearing to break a law” is breaking the law, even though that’s not illegal?

The Left are a bunch of dung-rats rushing for cover as the Light of Knowledge shines them out and those rats are doing ANYTHING they can think of to distract attention from their thieving, filthy ways.

Ellison was discussing his “Inclusive Prosperity Act” measure at the July 25th Progressive Democrats of America roundtable in Washington.

I used to have my accounts at Bank Of America. A few years ago, I went in to make a cash deposit of about $6,000 and a withdrawal of $4,000. The branch manager told me that they would probably report that, because TOGETHER they added up to $10,000.

I was appalled. The whole thing is one big aggravation.

We have a fascist (Nazi) government. I think the best bet is just stay away from banks / banking as much as possible.