EPA: Fracking Not A Threat To Drinking Water

EPA: Fracking Not A Threat To Drinking Water

The EPA finally gets with the program 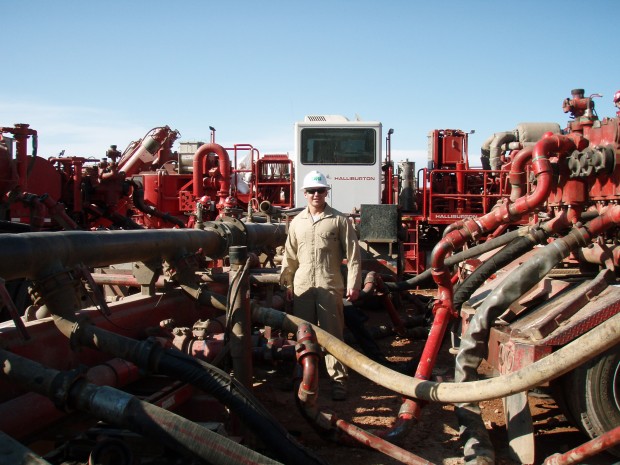 Another left narrative bites the dust and this time, by the agency considered to be the equivalent of an environmental Pontiff, the Environmental Protection Agency.

Hydraulic fracking is still a relatively new technology (as it relates to using it for shale gas deposits). Most people would not have heard of it 10 years earlier, but now it is common. Environmental groups aided by Democrat politicians have been successful in banning fracking in counties and municipalities across the country. New York banned it statewide based on hysterical nonsense about the lack of a good economic impact and it supposed harm to the environment.

First on the economic front, The American Enterprise Institute says the economic impact has been very positive:

The direct benefit of increasing oil and gas production includes the value of increased production attributable to the technology. In 2011, the USA produced 8,500,983 million cubic feet of natural gas from shale gas wells. Taking an average price of $4.24 per thousand cubic feet, that’s a value of about $36 billion, due to shale gas alone.

This increase in value produced can also increase the number of people employed directly in production and delivery activities. These numbers will often be pointed to in political debates. In an economy with full employment, such an increase would not be considered a ‘benefit’ per se, but a state such as New York with a high unemployment rate of 8.2 might wish to weigh the potential employment effects when evaluating the merits of a moratorium. At its peak in 1980, the oil and gas extraction sector supported 267,000 employees, according to data from the Federal Reserve Bank of St. Louis. As more easily tapped oil reserves grew scarcer and domestic oil production gradually declined over the following two decades, so did employment, with the number of employees in oil and gas extraction shrinking by over 50 percent to 118,400 in 2003. Since 2003, however, there has been a steady upward climb in employment, slowing only slightly during 2009 and reaching 198,400 by December 2012 – over a 67 percent increase. As other industries have sputtered in the a”ermath of the 2008 recession, oil and gas has been a remarkably bright spot in the US economy, with employment at the end of 2012 at its highest since 1987.

As for the environmental impact:

The study, more than four years in the making, said the EPA has found no signs of “widespread, systemic” drinking water pollution from hydraulic fracturing. That conclusion dramatically runs afoul of one of the great green crusades of the past half-decade, which has portrayed the oil- and gas-extraction technique as a creator of fouled drinking water wells and flame-shooting faucets.

Thursday’s congressionally mandated EPA report, a compilation of past studies, found isolated incidents in which water pollution was attributable to the use of fracking. But it failed to back up the idea that fracking poses a major threat to water supplies, contradicting years of activists’ warnings dramatized by images of burning tap water in the Oscar-nominated documentary “Gasland.”

Those images have helped fuel a brush fire of grassroots resistance against fracking, a technology that has fostered energy booms in states like Pennsylvania and North Dakota while prompting authorities to ban the practice in places like New York state, Pittsburgh and even Denton, Texas.

Of course, President Obama didn’t even wait for the release of this study from the EPA before implementing new restrictions on fracking like he did in March.  With all his emphasis on getting away from oil, one can only surmise the reason the President won’t openly endorse fracking despite the evidence of its benefits is due to the support he gets from environmental groups.

It will be interesting to see what he does next.

A few weeks from now, when I might have occasion to mention this to my liberal friends, they will be in complete disbelief and will ask me if I read about this on Fox News. In spite of their intelligence and educations, they are nearly completely immune to facts when those facts are inimical to their preconceptions.

I think Governor Cuomo will manage to continue to ignore the fact that fracking place takes place without incident, not only in other countries, but in other states.

It’s still something highly experimental with him.

The minor earthquakes don’t matter, and can’t go above a certain point in the Richter scale, and probably only can happen where there’s a fault in the first place.

The threat to drinking water is only at the wellhead.

The minor earthquakes are from INJECTION wells not fracked wells. Anytime you pump large quantities of slippery liquid into an open hole it can have consequences.

However – Manmade earthquakes are MUCH more acute and not localized from HydroPower Dams. The Chinese triggered a 7.8 magnitude earthquake by damning a river.

It pays to speak courteously…

There have been clusters of minor earthquakes reported in Connecticut as well. There has been no fracking or injection wells (or wells of any kind other than water) in Connecticut.

Fracking in general is at least 66 years old, with something on the order of a million wells having been treated.

There has never been any degradation of water-bearing horizons from a fracked well BECAUSE of fracking. The oil and gas production zones and water sands are separated by thousands of vertical feet.

Fracking is as old as your grandpa.

The mechanical principles of fracking have not changed since the first brave shooter dropped an explosive charge down a well in the 1860s. Then as now, the task is to deliver a powerful force to a designated depth underground, breaking the hard rock formations around the well to stimulate the release of oil or gas trapped within. Modern methods use high-pressure water, chemicals, and sand to break up formations. Acting as a proppant the sand seeps into the resulting cracks and keeps them open. Oil and gas permeate the sand en route to the well casing.

It was first done by dropping an explosive charge down the well and detonating it to fracture the rock. The well shooter’s original tools of choice were gunpowder and, later, liquid nitroglycerin, delivered down the well within an “exploding torpedo” patented by Lt. Col. Edward A. Roberts in 1865-1866.

The idea of non-explosive alternatives to nitroglycerin took root in the 1930’s. Experiments through the 40’s paved the way for the first industrial-scale commercial uses of the modern patented “Hydrafrac” process in 1949, with Halliburton holding an exclusive license in the early years. The Society of Petroleum Engineers recounts that 332 wells were fracked in the first year alone, with up to 75 percent production increases recorded. By the mid-1950s, fracking hit a pace of about 3,000 wells a month.