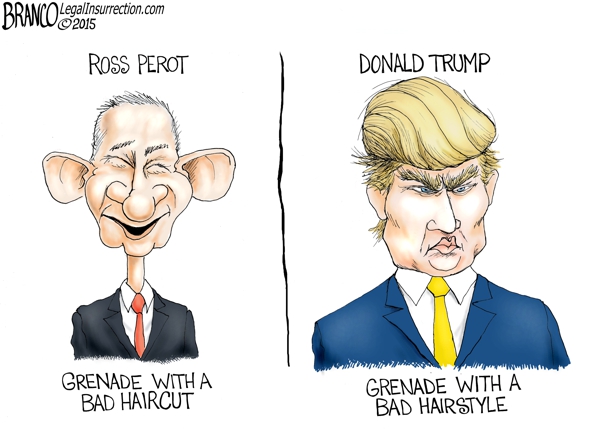 So who’s Bonnie and who’s Clyde?

You’re a truth teller, in fact!

Agreed! And I’m not going to vote for Trump but my husband brought up an interesting point. He thinks that The Donald will at least shake up the Repub’s to the point where he’ll call them out for lying and/or not doing their duties as Congressmen or Senators. It’ll be quite a lark if he does that. 🙂

I think that is Trumps real motivation.

To lob some fire-balls at the all-but-Democrats-in-name-only loser GOPpers!

Just one problem. Perot ran in the general as third party. Trump is running in the primary as a Republican.

Did you hear what President Jackass said? Acts of violence like this (Charleston) don’t happen in other countries. Neil Cavuto played the sound bite and then recited a list of mass killings in Christian churches around the world.

Pray that America holds on until the cavalry arrives.

Anything not covered in the establishment press never happened.