ABC News is failing to “See the Whole Picture,” contrary to its rebranding. 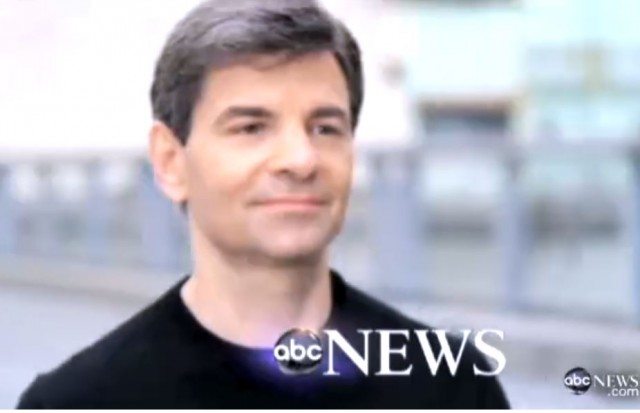 Today ABC News launched a major re-branding initiative. The last time that ABC News spoke directly with its audience about what defines ABC News was over a decade ago with “More Americans Get Their News from ABC News than Any Other Source” – a statement that is still true today.

ABC News President Ben Sherwood laid out the foundation of the new campaign to ABC News staff in an email on Monday morning:

Starting today and over the course of 2012, you’re going to see new on-air promos that feature images of an unprecedented gathering of ABC News anchors and correspondents and a call to action: When viewers turn to ABC News, they will “See the Whole Picture.”

Believe it or not, it’s been more than a decade since ABC News consistently put forward a message or slogan.

This new promise – “See the Whole Picture” – will help unify ABC News and differentiate our efforts from the competition.

Of course, this concept is already embedded deeply in the culture and DNA of ABC News. It’s what we do every day.

Indeed, our team has a singular ability to tell stories in a way that is informative, engaging and emotional, enabling viewers to gain a big picture understanding and make better decisions in their lives.

How did that work out?

Until recently, I think pretty well. Just a gut impression that ABC News really raised its credibility, though I credit that to reporters like Jon Karl, not anchors like Stephanopoulos.

It’s one of the reasons the Stephanopoulos-Clinton Foundation scandal is so damaging to ABC News, which reportedly has a $105 million long-term contract with Stephanopoulos.

The non-disclosure of Stephanopoulos’ donations goes to the heart of the trustworthiness of ABC News itself. That ABC News seemed to spin and manage the disclosure through Politico after being contacted by The Washington Free Beacon only added to the perception problem.

The ABC News brand is bigger than Stephanopoulos. ABC News needs to remember that.

I discussed the issue on “The Steve Malzberg Show” on Newsmax TV yesterday:

George Stephanopoulos’ donations to the Clinton Foundation prove the ABC News chief anchor is really a “partisan Clinton affiliate pretending to be a reporter,” said William Jacobson, a professor of law at Cornell Law School.

And Jacobson told “The Steve Malzberg Show” on Newsmax TV that at a “bare minimum,” the network must prohibit him from covering the 2016 presidential campaign.

“I know that’s a big blow for somebody in his position, but he concealed not just a bias, but a conflict of interest,” Jacobson said….

“He subjected an author to really what amounted to just abuse in the context by not disclosing their questioners’ own conflicts of interest,” he said.

“And it really confirms our worst fears about George Stephanopoulos, which is that he is a partisan Clinton affiliate pretending to be a reporter. That sounds harsh, but that’s what it looks like and I don’t see how he can possibly do campaign coverage for them.”

ABC is standing behind Stephanopoulos, but Jacobson told Steve Malzberg the network has “a brand to protect.”

Still, he added, putting Stephanopoulos “front and center” in coverage of the campaign, in which Hillary Clinton is seeking the Democratic nomination, is “not going to do that brand any good.”

“He cannot be [in] their news coverage. If he wants to give commentary, if he wants to be somebody who just expresses an opinion, that’s a different story. But he should not be their news person on the campaign,” Jacobson said.

It’s not as if the warning signs as to Stephanopoulos were not there. His performance in going after Mitt Romney on contraception during the 2012 debates was a huge red flag as it coincided with the launch of the Obama campaign War on Women theme:

The 2012 performance perhaps could be dismissed as general media Obamamania, as was seen at other networks such as Candy Crowley’s intervention to help Obama during one of the debates.

But this is different. Stephanopoulos had a close connection to the likely Democratic nominee, and that allegiance appears to persist in a way that is very damaging to the ABC News brand.

In standing by Stephanopoulos and not imposing any consequence, ABC News is failing to see the whole picture.

“See the Whole Picture”…I can happily report…went completely past me, utterly unnoticed.

I’d never heard the term, I am THAT far removed from ABC and its products.

Huh… Can’t find any damage anywhere from the lack, either.

The ABC Wimpy Weinie TV news operation’s got more white stain on it than………… since little Stephie’s Secrets Blew Up…….

Me either. And the old slogan was actually one word longer – “… than FROM any other source.” I only remember that because Reagan, reminded of his old joke on “I’m from the government and I’m here to help,” once quipped that “The 13 scariest words in the English language are [that slogan].”

why anyone with an IQ larger than their hat size would take ABC, or any of the MFM, for that matter, seriously is a mystery to me.

ABC and NBC, like CNN and CBS before them are now shown to be dirty. They have thrown their “journalistic integrity” in the trash and have taken sides with corrupt power….which is to say the Left and all its imps and jackals that cone along for the ride.

ABC and all its affiliates need to have their broadcasting licenses taken away – revoked.

ABC needs to be hit with multiple and massive class action lawsuits – civil and criminal!

First, the ABC news brand is way past “at risk” for most intelligent people. Second, those left who trust them as a source are either willfully ignorant or way too oblivious to notice anything wrong with Georgie’s affiliation with the Hildebeast.

I don’t remember if Brian Williams was ABC or not, but my elderly neighbor still thinks the world of him and thinks I was “misled by the internet” on all of his lies. Because, see, if it were true, it would be on TV.

Brian Williams was NBC. Please tell your elderly neighbor that if it wasn’t true, his hero, Brian Williams, WOULD BE on TV.

Saying that the ABC “News” brand is at risk implies that it has value. There really is not much value to the ABC’s “News” brand. It leaches off the network as a whole.

And the morning conference call wasn’t a clue?
“For years, Rahm Emanuel, James Carville, Paul Begala and George Stephanopoulos have spoken on the telephone almost every workday.”
Politico 2010

I think the RICO Act could be applied against them.

We all pretty much agree that ABC and the main stream media (populated by classically trained professional journalists with the highest ethical standards) is biased toward the left. OK… great. We knew that and conservatives are kicking up a fuss.

What about the non-Hillary democrats? Why aren’t they raising hell about Stephanopoulos and his bias toward Clinton? They should be outraged that his opinion journalism works against other democrats just as much as it works against any potential Republican candidate.

LOL Anchovy, your sarcasm is showing – worse than Michelle Obama’s underwear in her selfies!

That’s the power in all this, the ability to control the national narrative, with massive coordination of the message. We see this tactic making some news now with the EPA coordination with Sierra Club commies. And Trayvon and Brown Skittles/hoodies and “hands up don’t shoot” are pure fabrications that resulted in riots and national outrage from the ignorant and easily misled.

Even conservative outlets get caught up in discussing whatever narrative the deciders want to push, as the LIV is led from one histrionic reaction to another. Fake rapes, hate for police, global warming lies, open border insanity, Bush’s war, rinse and repeat.

Hillary was surely projecting when she played victim and blamed Bill’s female victims, along with the vast right wing conspiracy. It is the left that conspires … the Marxist takeover has been her life’s ambition, ever since she did her thesis on the subversive Alinsky. This all fits in with that beginning.

“Alinsky advocated guerrilla tactics and civil disobedience”, which Hillary has practiced most of her political career. Of course the Obama and Clinton style of civil disobedience moved into the White House, from whence it could destroy the country. It is the Lois Lerner and activist Holder strong form of guerrilla tactics, subversively using government power as the weapon.

“He offered me the chance to work with him when I graduated from college, and he was disappointed that I decided instead to go to law school,” she wrote.

“Alinsky said I would be wasting my time, but my decision was an expression of my belief that the system could be changed from within.”

I think you have to go all the way back to Frank Reynolds to find any integrity at ABC.

Mainstream media news has been biased since its modern inception – Walter Cronkite was a lefty loon behind the scenes. Watergate would not have been doggedly pursued if Nixon were a Democrat.

What has changed is the way internet blogs and freelance journalists have broken the MSM stranglehold on narratives over the past 15 years. The MSM can no longer spike or spin stories as freely they used to do.

Cable TV network news is facing the same inevitable obsolescence as are print newspapers. Instead of being true general news broadcasters, they are now very specifically marketed to very specific demographics. Going all-liberal is natural for them, but also a marketing vector. Playing objectively down the middle is seen as serving up warm, uninteresting milk, they can’t and would never go conservative, so the only path to higher ratings is to cater to the left. That has proved a dire miscalculation, as TV ratings prove.

There is a huge niche on the right that TV news, broadcast or cable, has yet to fill.

… and that’s why we will take the opportunity to manipulate facts/news to advance our agenda.

… the one one that we created for you and that will advance our agenda. The other one we will hide/ignore.

I suspect ABC may lose face and their Golden Boy Rainmaker, but they won’t lose the $105 mil. Those sort of contracts always have a big loophole if the employee screws up royally in such a way to hurt the employer’s reputation.

And if they were stupid enough to make a $100+ million deal without such a clause, they deserve to lose it all.

ABC and the like get away with the corruption that they do because the GOP is run by schmucks like Boehner, McTurtle and Prebus, who run milquetoast candidates like Mittens Romney.

Once we realize we cannot collectively tolerate the weasels that hog the leadership positions of the GOP, we will understand the power we do actually have to run the likes of Stephanopolis out of town.