Madison, WI: No Charges in Police Shooting of Tony Robinson

Madison, WI: No Charges in Police Shooting of Tony Robinson 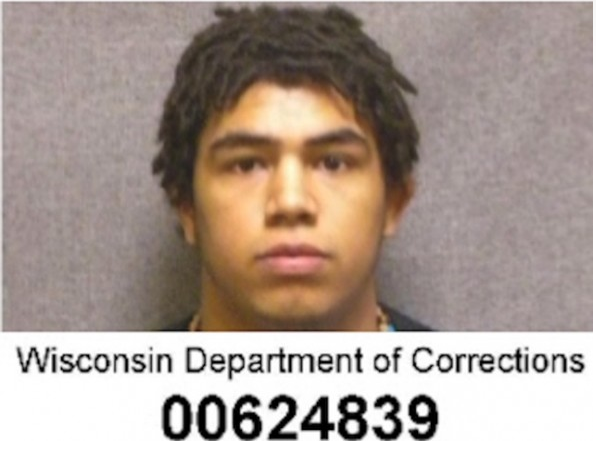 We first wrote about the shooting of Tony Robinson (black) by Police Officer Matt Kenny (white) way back in March of this year.

Back then our angle on the story was to shine the light of reality on the increasingly popular meme of “white cop shoots unarmed young black man for no damn good reason” and noting how quickly the narrative was imploding in the case of Robinson.

Today the district attorney declined to bring charges against Kenny:

For the gritty details, see that prior post Analyzing Wisconsin police shooting of unarmed Black teen.  But for those of you short on time, here’s a taste for how the “narrative” began wildly unwinding within a day of the police shooting of Robinson:

The unarmed Wisconsin teenager who was shot to death last night during a confrontation with a Madison cop pleaded guilty last year to armed robbery and recently began serving a three-year probation term for that felony conviction, court records show.

ABC news reports that Dane County District Attorney Ismael Ozanne announced that he would not be criminally charging Officer Kenny in the matter, stating:

My decision is not based on emotion. Rather this decision is based on the facts as they have been investigated and reported to me.

Ozanne said that it was understood that Robinson was believed to be unarmed when he broke into the apartment building, though they believed at the time that Robinson had taken hallucinogenic mushrooms or some other drug. Toxicology tests determined that he had mushrooms, THC or marijuana and Xanax in his bloodstream, Ozanne said.

During Kenny’s interview with investigators, he said that he began to lose his balance when he came face to face with Robinson in the building’s stairwell, and he feared that “his firearm would be taken and used to shoot him and possibly the other person in the apartment,” Ozanne said.

Will the professional rabble rousers, looters, and rioters travel to Madison?

Thank you for this post Andrew, really enjoy your work here. We can only pray the Black Lives Matter folks stay away, who knows.

Pray also that at some time “black lives matter” means just that and is not just a rallying cry to loot and destroy and hurt people.

We hold these truths to be self-evident: that all men are created equal; that they are endowed by their Creator with certain inalienable rights; that among these rights are Life, Liberty, and the Pursuit of Happiness.

I’d just like to have some sense of when it is that the assholes in media will quite f’g using the phrase “unarmed.”

DA did a helluva good job in mapping out in summary form his investigative protocol. Of course, he started off with the race card quite obviously the purpose of which was – he hoped – to mollify and mitigate the assembled constabulary. I reckoned at that point the LE was likely not going to be charged.

I had to love (not) the comment by the first interviewee on the scene after the decision. FoxNews guy asks something like “What d’ay think?” Black respondent says “Not fair. He (the cop) is a trained professional. He should’ve used his Taser.” I think I’ll now go puke.

Will the professional rabble rousers, looters, and rioters travel to Madison?

They’re already there. They never left when the OccupyTheCapitol, anti-Walker protests happened.

Yeah, I know a bunch were bussed in……but many weren’t.

“Will the professional rabble rousers, looters, and rioters travel to Madison?” Where do you think they come from?

the kid was just turning his life around… in someone else’s residence, while high as a kite, and on probation

It is starting to look like the “Black lives matter” crowd all have police records and they either attack the police or resist arrest. Where does that leave the ordinary black people? If they join with this group of thugs they will be telling the rest of us that they care more about a black thug than a fellow citizen, no matter their color, who has committed no crimes.

I nominate Dane County District Attorney Ismael Ozanne for the Rudyard Kipling Award, Judicial Division, for his statement in today’s news conference, as an appropriate example of grace under pressure.

“If you can keep your head when all about you
are losing theirs, and blaming it on you…..”

“We never pay any-one Dane-geld,
No matter how trifling the cost;
For the end of that game is oppression and shame,
And the nation that plays it is lost!”