Notes from the #GenerationCaliphate conference 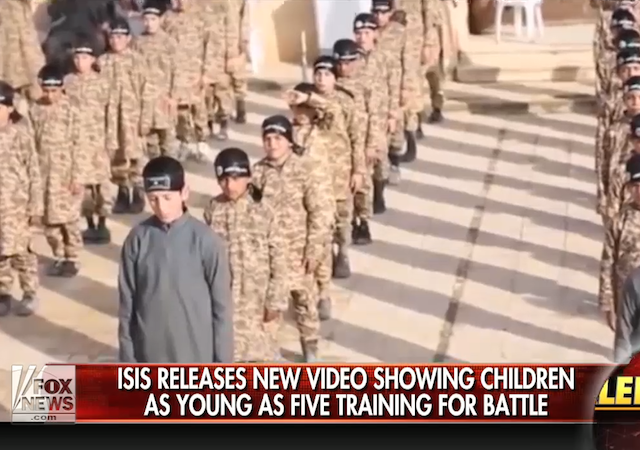 On the first weekend in May I attended a conference held in Boston entitled “GenerationCaliphate: Apocalyptic Hopes, Millennial Dreams and Global Jihad.”

The conference was organized by Richard Landes, millennial scholar, inventor of the term “Pallywood,” blogger at The Augean Stables, exposer of the suspect nature of the claims about al Durah’s death, author of the book Heaven on Earth, brilliant and original thinker, and a person I’m glad to call my friend.

One of the strongest impressions I got from the conference is how many people there are who have dedicated their lives to studying the history of Islam and Islamic thought and how much information they have gleaned about how that thought informs the motives and expectations of modern terrorists. Many non-experts tend to think of terrorists as more grounded in the present than they apparently are, to minimize what seem to be their wild fantasies about the end of the world, and to fail to appreciate how very much those apocalyptic dreams are informed by Islam and its history.

Something else that struck me about the conference was how it illustrated that although many of us tend to think everyone fighting terrorism is on the right, there are some people on the left who are very concerned about terrorism and take it very seriously, but that there are some rather large rifts between those of the right and left who share this common cause and common interest in combating terrorism.

There were too many erudite and engrossing speakers at the conference to describe each one, but some highlights (in addition to the aforementioned Richard Landes) were, in no particular order:

(1) Graeme Wood, who wrote an article in The Atlantic back in February (I discussed it here) on the subject of the apocalyptic belief system of ISIS.

(2) Timothy Furnish, an expert in the more ancient history of the Capiphate and of Islamic end-time beliefs, and how they are influencing modern politics.

(3) Jeffrey M. Bale, who discussed the many reasons why so many people refuse to take the ideology behind Islamic terrorism seriously, prominently including what he calls “mirror imaging,” which is the tendency to project one’s own thoughts and beliefs onto others.

(4) David Cook, a professor of religion and an expert on Boko Haram.

(5) JM Berger, who gave a fascinating talk on the increasingly sophisticated ways in which Islamic terrorists use modern social media to transcend geographic limitations.

(6) Itamar Marcus, founder of Palestinian Media Watch, an invaluable site for studying the ferocity and hatred expressed in Palestinian propaganda. I’ve already discussed his website in this post, but I suggest that if you haven’t looked at it, please do.

(7) Charles Jacobs, founder of the Boston branch of CAMERA, founder of the David Project, and instrumental in the fight against slavery in the Sudan, was a forceful speaker who explained why some of the Jewish organizations traditionally involved in the fight against anti-Semitism and intolerance (such as the Anti-Defamation League) have been reluctant to involve themselves very heavily in these issues.

(8) David Redles spoke on a topic I’d never really heard about before, how apocalyptic thinking figured in Nazi ideology.

(9) Paul Berman, one of the liberals at the conference and author of the well-known book Terror and Liberalism, spoke of how terrorism presents the west with a crisis among the left, particularly its intellectuals, and academia.

One of the scheduled presenters was Hirsi Ali, whom I’ve long admired and was much looking forward to her appearance in such a relatively small venue. She was due to speak on the second day, but unfortunately, she had to cancel. I wasn’t privy to her reasons, although I’m sure she had them. It certainly didn’t escape anyone’s notice, however, that the evening after the first day of the conference, when we went back to our rooms, the news of the attack and shootings in Garland, Texas aimed at Pam Geller and the free speech event was being broadcast.

Geller’s conference was very different from ours both in tone and purpose. But even academic get-togethers such as the one I attended provide substantial security details these days. This is a sad commentary on the growth and scope of terrorism today; I doubt that such a presence (at least not so large a presence) would have been necessary prior to 9/11. But that’s the reality of our times.

[NOTE: Richard Landes has kindly provided a set of recommended articles and website links connected with the conference and its authors. You can read them here; they are listed towards the bottom of the page.]

ONE of the most dangerous things we do in the West…if not THE most dangerous…is to allow ourselves to think we think like Islamists.

People in WWII did not indulge in that dangerous delusion. Imperial Japanese DID NOT think like Americans. They were a bred-in-the-bone death cult, just like Islamists, and they valued things we should and do find totally foreign…when we deal with reality.

Which seems to be our greatest deficit just now, on many fronts.

Then File Under: CANNOT, Simply CANNOT, make their blathering/airhead shit up.

Excellent post. Thank you for the information and for the links. (And very good observation above, Ragspierre.)

I am glad to see this. Islamists claim a religious foundation for their movement, which they use to recruit their cannon fodder. Undercut that foundation, and they lose the ability to fight, after a while.

There is a religious answer to their claims, and it is a powerful one, PROVIDED it comes from other Muslims. The sooner such answer comes, the lower butcher’s bill for defeating the Islamists will be.

I once thought Israel would never be in danger from an Arab/Muslim country’s possession of a nuke because of the great number of Arabs who live in Israel. My western thought process saw the Arabs living in “Palestine” as an unintended Human Shield to the use of a nuke by any Arab/Muslim State. Then, I was informed about the apocalyptic basis of Radical Islam.

In a nutshell, there is a faction in Islam that seeks to create world chaos for the sole purpose of apocalyptic prophesy fulfillment: The coming of Imam Mahdi, the 12th Imam.

That is the Shiite apocalyptic story. ISIS is following a Sunni version, not the same. The two may end up destroying each other in rivers of blood and killing a lot of other people along the way.

It’s similar to the Repubs vs. the Dems. One side is playing for keeps, while the other side is trying to play nice. An unknown enemy is one thing. Refusing to know your enemy is suicide.

I think “atoms for peace” is better than air-fuel chemical solutions. The late Casper Weinberger wrote about the “next war” and every scenario required nukes to end it. In this present global war, coming in second is a dead end. For decades “nuclear non-proliferation” was the staunch policy of the West. Now we see a “pro” proliferation policy as if MAD in the Middle East will provide a human rights platform for the Arab masses. Taking Israel down to a level playing field with Iran is only fulfilling the scriptural dreams of the Islamists. Having the upper hand is not inappropriate when facing a dedicated killer.

I hear you. But, I’ve had a real soft-spot for Fuel Air Explosives ever since the ’91 Desert War. They did an absolutely beautiful job creating the “Highway of Death!!”

I concur. Thermobarics are awesome! They clear out Islamic Supremacist infections quite well, and don’t do the sort of permanent damage to the landscape that nukes are wont to do. An elegant solution to eliminating unwanted parasites.

Oh yeah? Just let those young Isis terrorists come at us. Them stand back as we unleash the fruit of America to combat them: