Israelis shelter in place near Gaza

Israelis shelter in place near Gaza

All along the Gaza border, Israel is building shelters and people are staying. 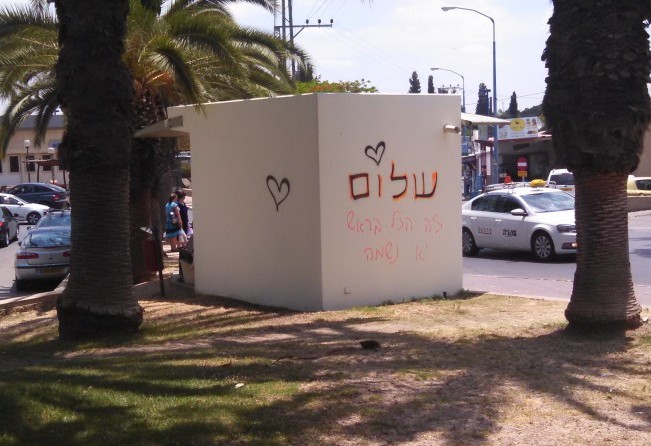 Our journey off the usual tourist trail through Israel continued today with a visit to border areas near Gaza.

Sderot is famous for being the closest Israeli town to Gaza, and the first and most frequent target. The Sderot Media Center has a wealth of information. 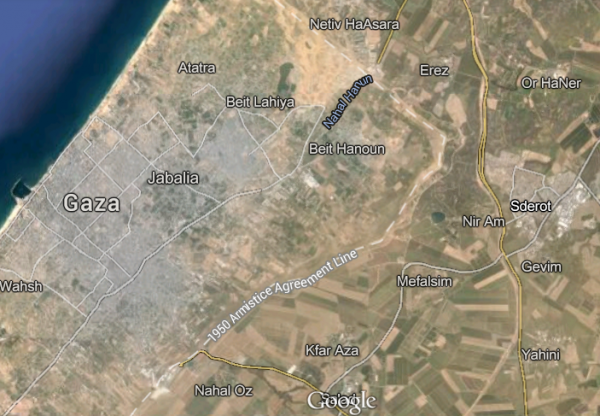 Because Sderot is so close, the town has only 15 seconds warning once a launch is detected. This video is from 2008:

There are bomb shelters everywhere, including on the street (see Featured Image – “Shalom” painted on a bomb shelter) and in the playground, where the bomb shelter is in the form of a large caterpillar so as to make it more welcoming to children. 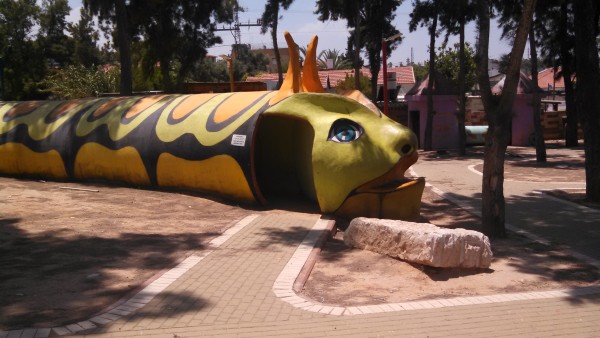 Individual homes and apartment buildings are being retrofitted with “safe rooms” at government expense.

We met with Sderot’s security chief, David Shneor, who showed us the underground facility used during times of crisis as the town’s emergency response command center. 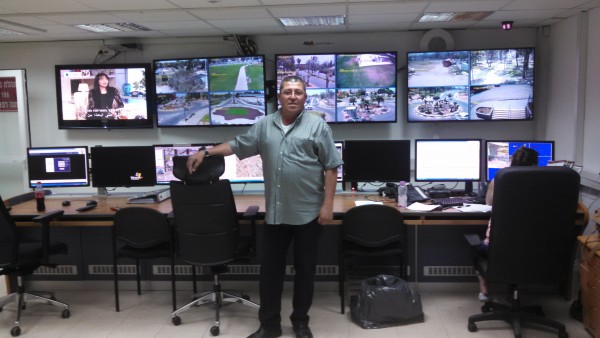 The entrance is through a bomb shelter door: 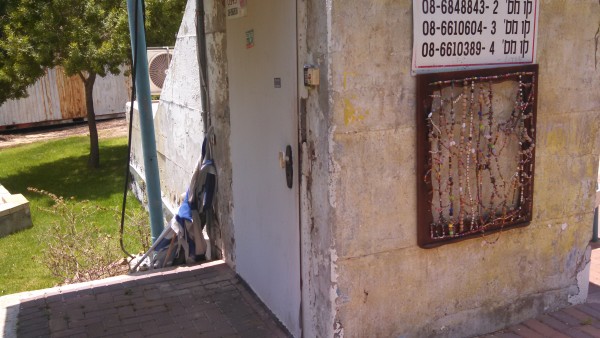 They have a small display of rockets that landed — the rockets have grown more sophisticated, but Iron Dome knocks most of them down not. So Hamas and others have switched to mortars, for which there currently is no defensive system. 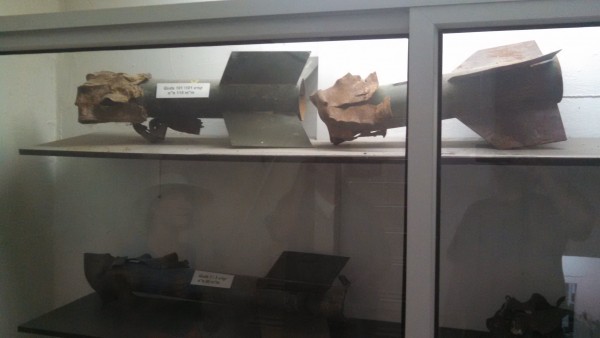 There were controversial photos during the summer 2014 conflict showing Israeli civilians watching the fighting in Gaza from a hill on the edge of town.

We went up that hill. 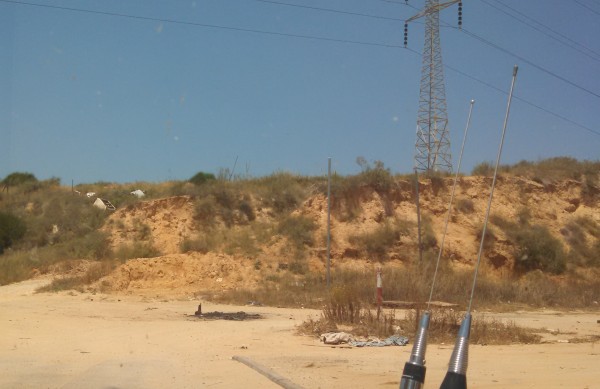 In these still photos taken with my cell phone camera, you can see just how close the border is (the first is normal view, the second 3X zoom). The groomed dirt road in the distance is the border: 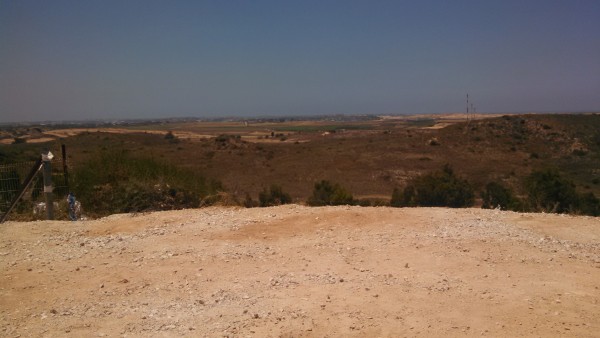 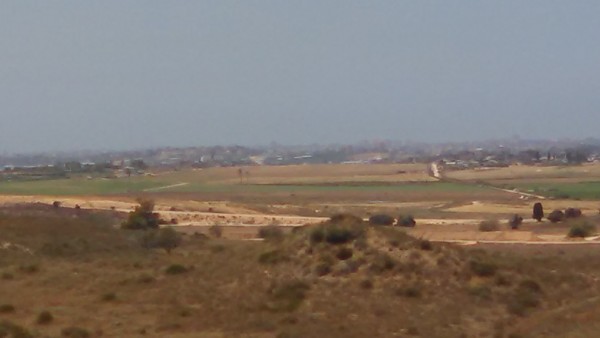 This video gives another view. The narration in English is by our Negev guide Danny Kella translating the Hebrew spoken by Schneor. Sorry for the wind noise, we filtered it out the best we could:

The nearby Karni crossing once was a major transit point for goods passing into Gaza, but was shut after repeated rocket and mortar fire from Palestinians. That is something of a metaphor for the conflict — Israel trying to facilitate the movement of goods, Hamas and other terror groups attacking the effort, and the Palestinians and “human rights” groups claiming Israel makes it too difficult for civilian goods to enter Gaza.

The Erez crossing for individuals was the target of a suicide bomber in 2004. It remains open, though with limited individual transit, such as for medical treatment in Israel. 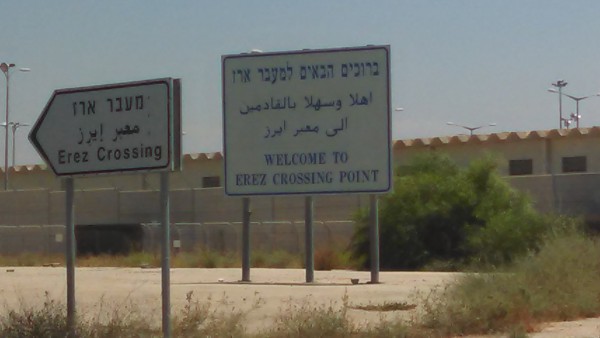 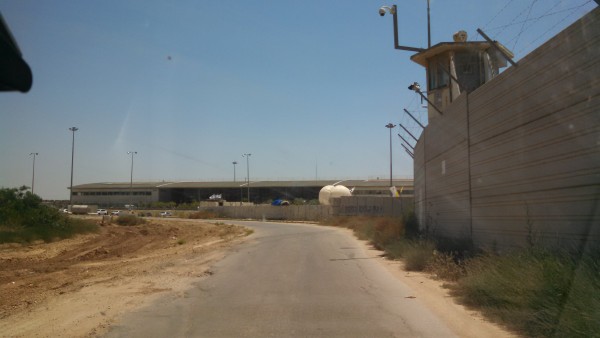 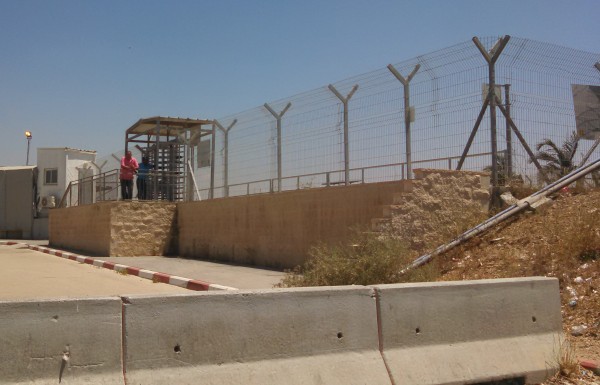 We also went to the nearby Kibbutz Be’eri, 4 kilometers (less than 3 miles) from the border. 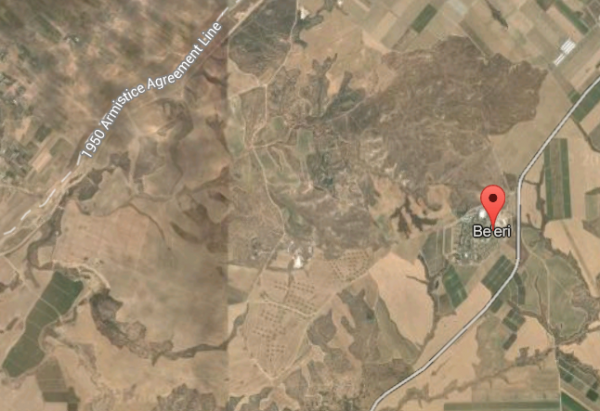 The Israeli government has made a major effort to reinforce buildings and build “safe rooms” in each house.

In this photo, you can see how a children’s classroom has had a superstructure built over it; it is less obvious, but the walls also are reinforced and the windows changed. 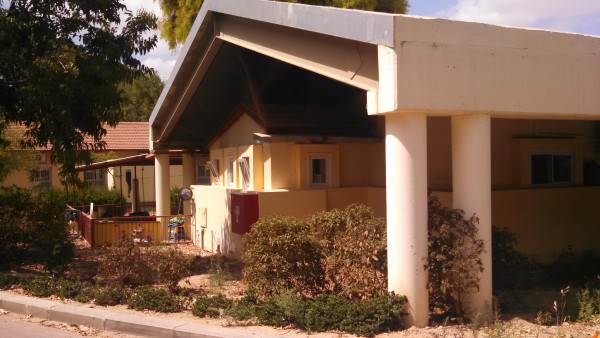 This photo shows a newly-constructed classroom building. It is designed as one big bomb shelter. 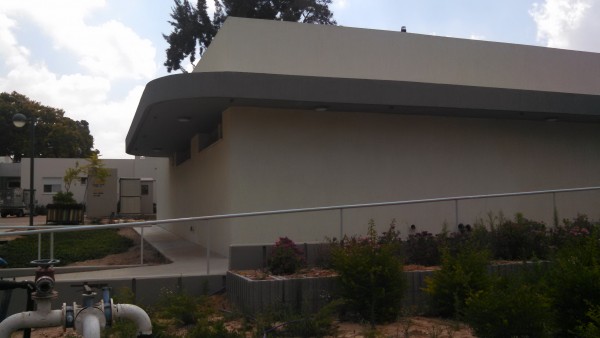 In this photo, you can see the ventilation for a “safe room” added to an existing residence. 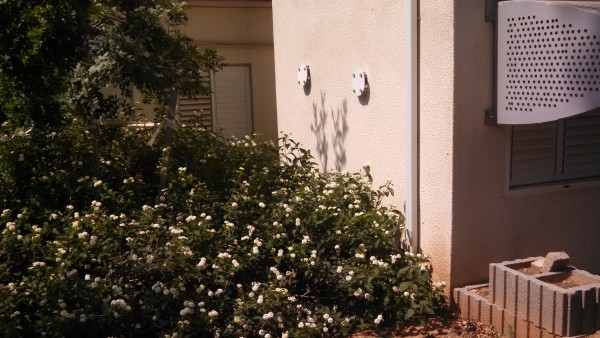 Bomb shelters similar to what is on the street in Sderot are being placed around the kibbutz. 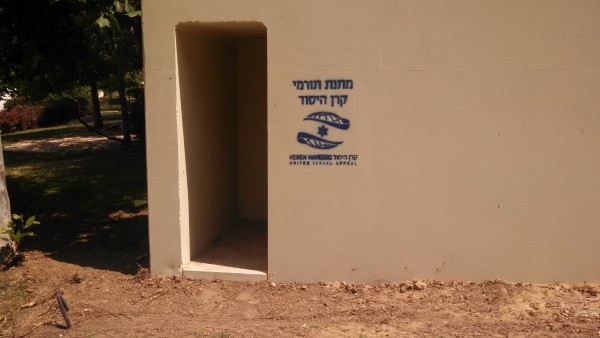 The kibbutz now is enclosed by a new fence: 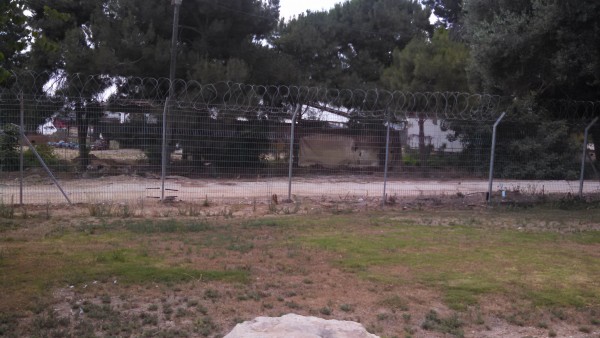 Kibbutz Nir Am, which is even closer to the border, has even more intense double fencing with a groomed dirt road in the middle to detect footprints (this is not the border fence): 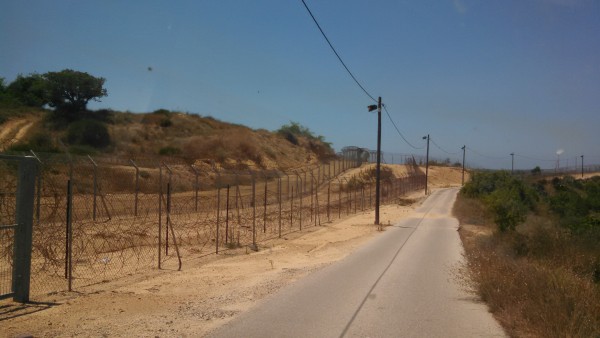 So what does all this mean to the local population.

Obviously, it is very stressful, and protocols are in place to deal with the serious mental health impact of rocket attacks.

But by and large, people are sheltering in place, not fleeing.

Schneor told me that several years ago, some people did leave Sderot, but now the alarms and rocket fire are just part of the pattern of daily life. There are more people who want to move to Sderot than available housing. Sderot currently has 24,000 people, but plans to grow to 30,000 in five years.

The same was true at Kibbutz Be’eri, which does not have enough housing for all the adult children of members who want to live there.

In both Sderot and Kubbutz Be’eri, I repeated to leaders what Shimon Biton of Moshav Avivim on the Lebanese border told me when I asked if he wanted revenge for the 1970 school bus attack that killed his father and three first cousins, and left him in the hospital for a year.

Every head in the room nodded with vigorous approval. Still being there is a measure of victory.

So Israelis shelter in place, putting enormous resources into protecting the civilian population.

Meanwhile Hamas and Islamic Jihad build rockets and tunnels, caring nothing about their own civilians.

I take it the bomb shelters are the concrete boxes? They don’t look like they’d stop a bomb. Or perhaps they are just the entrance to the shelter?

When the Arabs decide that Arab lives are more important than killing Israelis, peace might have a chance. Until then, bomb shelters need to become stronger and more durable than the ones shown in the Sderot video.

The people in Sderot are all commendable, and very brave, for their wiliness to live there through the terror that Hamas is trying to exert upon them.

The first video needs to be publicized widely and frequently. It brings home the monstrosity of the attacks on Israeli civilians.

I’m thankful that I don’t have to live under constant threat like that. And hopefully never will.

That first video destroys all viewer perspective by its frantic cuts between brief glimpses of unrelated mayhem.

It is no better than an advertisement or a bad war film, in that viewers are never given time to develop perspective on the incidents. Low marks.

This is not to deny that the murderous hazards inflicted by barbarians on Sderot really exist, but to outside spectators knowledge of them could be conveyed better than that jerky film does it.

“So Israelis shelter in place, putting enormous resources into protecting the civilian population.

Meanwhile Hamas and Islamic Jihad build rockets and tunnels, caring nothing about their own civilians.”

Also, Israelis go to extraordinary lengths to avoid harming Palestinian civilians when they strike back at Hamas militants. The fact that the ratio of civilian casualties to militants killed is less than 1:1 (last I heard) – even with Hamas’ use of human shields – when in any other context a 3:1 or even 4:1 would be acceptable, speaks to their efforts.