Free Speech Doesn’t Have a Big But

Free Speech Doesn’t Have a Big But

Bill Whittle weighs in on the Pamela Geller story. 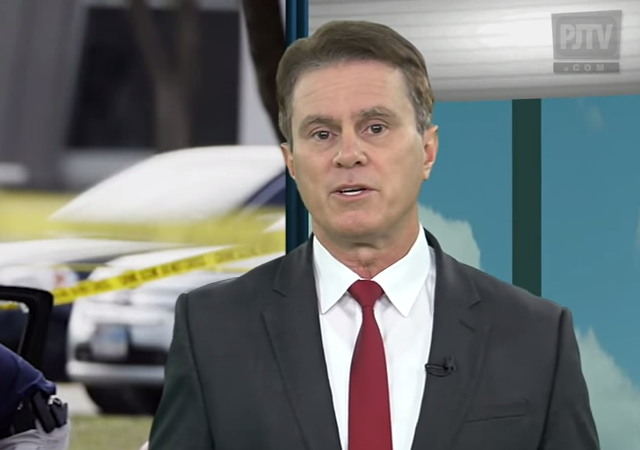 The newest edition of Afterburner with Bill Whittle is titled I Support Free Speech, But…

In the video, Whittle examines the controversy surrounding Pamela Geller and the limits so many of her critics are willing to impose on free speech.

Whittle offers numerous examples of provocative free speech from progressives which didn’t result in murder attempts and turns the left’s arguments against Geller upside-down in the process.

Bill Whittle isn’t the only person who has noticed the big ‘but’ some people want to place on free speech.

Jim Treacher of the Daily Caller:

Sure, Free Speech Is Awesome, BUT…

Pamela Geller isn’t responsible for anyone’s actions but her own. Those religious zealots chose to plot and execute a terror attack against her, and they suffered the consequences. It’s nobody’s fault but theirs.

For Iowahawk, pointing out this hypocrisy on Twitter became something of a running gag:

We either have free speech or we don’t, folks.

No buts about it.

I salute all those who stand up for real free speech, BUT I am still not going to spend 5-10 minutes watching a video when I could read the transcript or a column in one, tops.

I am older, so maybe the video-column is the wave of the future. If so, it will leave me behind. BUT wouldn’t Whittle reach an even bigger audience by including a column or transcript? Did watch one of his early ones, years ago. Not bad, still a waste of time.

Dude!, let’s just say it: you are weird.

There are people who see sounds, or hear colors. OK. We get it.

But MOST of humanity LOVES light and they love motion. This is something all good trial lawyers know, and why we try to bring in pictures and video reproductions when we can.

NORMAL humans get information via sight, sound, and/or touch. Few of us get it via a printed word on paper NEARLY as powerfully as via our eyes and ears.

So, we get it. You’re weird. Kuhl. We celebrate your diversity. Next time, you can just post “I’m weird”, and we’ll all understand.

And you can save yourself several minutes of wasted time. Plus, write Whittle and ask for a transcript. He might accommodate your handicap.

Fine. But do you kvetch every time…without fail…when a new movie comes out?

And I’d rather have sand rubbed in my eyes than have to watch, read, or hear another Obama speech.

Conversely, do you find Whittle’s stuff powerful and persuasive?

RE: “…but I’d rather read a transcript of an Obama speech than actually watch it.”

I agree, but, only if those public verbal ejaculations come in two-ply extra absorbent.

My imagination is way more powerful than what my eyes can see; and so many of my favorite books have been totally ruined by being made into movies, e.g. Starship Troopers, Lord of the Rings, etc. etc. (I gave up on The Hobbit after the 2nd installment turned into rubbish.)

And don’t get me started on CGI!

I like movies just fine- but I love thought much, much more!

Bill Whittle used to do his own Blog but turned to video. Several other bloggers are moving to video (Andrew Klavan and Jonah Goldberg come to mind). Of course there’s always Rush Limbaugh who publishes transcripts from his show. But, have you ever tried to read one? Better to listen first then read.

As for Bill Whittle, remember he is a screenwriter and the video format suits his style.

Estragon, I totally agree: the ‘but’ negates free speech.

On your other point, I also agree: I much prefer reading words on paper than seeing videos.

Podcasts also leave me cold, unless I’m driving in my car. But times have changed; not for the better in many ways. I’ve thought of getting something like Dragon Naturally Speaking to make a transcription- but I don’t know if this would work, and it would take some time to do it; so it may not be worth it.

At least Bill Whittle does video clips very professionally and very well. His points are well chosen and directly to the point he is addressing, so his videos are easy (and fun!) to watch.

I wonder what these leftist idiots would have asked the Americans falling off the Twin Towers on 9/11, if they could have stuck microphones in their faces mid-air: “Do you regret offending Muslims and provoking them into flying those airplanes into your office building? Don’t you agree that opposing more Muslim immigration into the U.S. is hateful and Islamophobic? Before you took that header out of the 90th story window, did you check your 1st Worlder privilege, and give a big thumbs-up to the poor, oppressed Muslim terrorists punching up at your imperial, over-privileged self?”

Seriously, what the hell is wrong with these people?

RE: ‘Seriously, what the hell is wrong with these people?’

Evil is greedy selfishness even to the point of having to continually ego-stroke themselves – telling themselves they are superior to everyone else.

Don’t underestimate how garden dirt common evil is everyday in our world.

To take that twin towers scenario just a bit further: Do you regret your vote for George W Bush, who is the one that covered up the fact that terrorists were going to use airliners to hit the twin towers and crashed into the Pentagon? /sarc

It’s odd the left calls the right Islamophobic when the term literally means “Fear of Islam”. It is very clear that it can only apply to them, and to the apologists of this sick religion. They have prostrated themselves and are looking to the East to appease those who would kill them. If ISIS comes here their last word will be, “but…”

To be more accurate, a phobia is an unreasonable fear. Given Islam’s record in the past century, there is nothing unreasonable about a fear of Islam.

You’re correct, and that’s exactly why it’s inappropriate to label people like Geller and Spencer with the term – they understand and acknowledge the threat posed by Islam, a threat the left refuses to acknowledge, and pretends that fear of Islam is unreasoning.

Now that Geller provoked the incident in Garland, proving her fear of Islam is not unreasoning, the MSM has, instead of acknowledging she was correct about Islam all along, switched gears and is now accusing her of being a “pyromaniac.” Well, you can’t start a fire if there’s nothing that will burn.

The argument of the “but” crowd with respect to Islamic “sensitivities” boils down to this: “Because the doctrines and ethos of Islam make its adherents exceptionally prone to react violently against any perceived offense, we are therefore morally obligated to respect Islam!”

That is morally backward. The argument goes beyond granting de facto veto power to violence; it actually demands respect for a violence-prone creed, on the ground that it’s the “faith” of many people.

The pope said, absurdly, “You can’t insult people’s faith!” Well, why not? Why does that fact that certain notions are accepted on faith make them immune from criticism and even ridicule?

Seems to me (only know what I read) that Jesus never hesitated to insult “religion.”

Why has no one noticed that these cowards who claim we should edit our speech to insure that we do not offend Muslims and precipitate another deadly attack are the same people who routinely claim Islam to be a beautiful and peaceful religion?

Headline like that, and no one cracks a joke?

To quote Pee Wee Herman: “That’s a big but you got there…..”

No different from the people who say “I support the Second Amendment, but…”