Another college male is suing, and speaking out 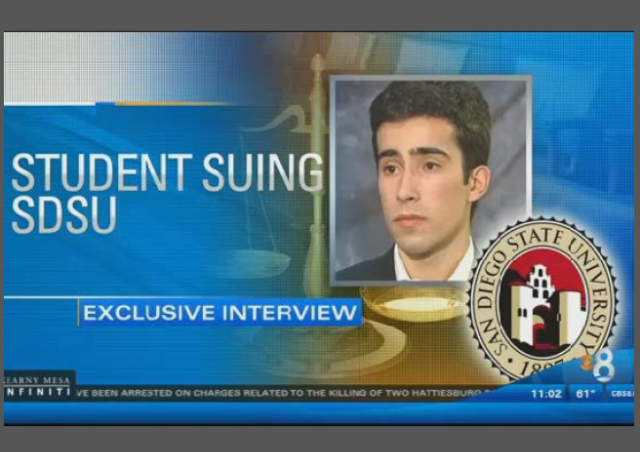 The number of lawsuits by men wrongly accused of sexual assault on campus is increasing almost by the day.

Most remain silent, preferring to go the “John Doe” route to avoid further reputational damage. Slowly, however, some men are going public, often where there names were already published anyway in high profile cases. One example is the suit against Columbia University by Jean-Paul Nungesser after Emma Sulkowicz drew attention to the allegations by carrying a mattress around campus.

Here is one story playing out at San Diego State University, in which the charges were plastered all over campus and the news, only to be dropped once police investigated.

Where does someone wrongly accused go to get his reputation back?

It started with the arrest of Francisco Paiva Sousa, SDSU sex assault suspect out on bail:

A day after being arrested on suspicion of a sexual assault near campus, an SDSU student is out on bail.

CBS News 8 cameras were there when 20-year-old Francisco Paiva Sousa was released from jail Wednesday. He was taken into custody Tuesday in connection with the alleged assault Sunday. Sousa said nothing as our cameras caught up with him after he made bail.

The SDSU sophomore is accused of forcing a female student to perform oral sex while at a party off campus, according to campus police. Detectives say it happened at a duplex on College Avenue sometime Saturday night or Sunday morning….

“It’s kind of scary to read about. It could have been me, SDSU student Bailey Fuimaono said.

Unlike, the other string of alleged sexual assault cases at SDSU, this female victim came forward. It’s something Fuimaono says should be noted.

“It’s really inspiring. It’s scary to identify them. It’s empowering because if she can do it, anyone can. It’s nice to know someone stepped up and did it,” she said.

Here is some of the news video of the arrest and release on bail:

The news coverage was looking for an angle, in this case a reporter pursuing Sousa while commenting on his “preppy” attire:

After investigation, the District Attorney’s office dropped the charges, No charges for student in SDSU sex assault report:

Francisco Paiva Sousa was expected to be arraigned Dec. 18, a little more than a week after he was arrested and posted bail. The arraignment was canceled, but the case remained under investigation, authorities said.

Spokeswoman Tanya Sierra said in an email that the office does not give details on why cases are rejected. She added: “… we can only file charges when we believe we can prove them beyond a reasonable doubt.”

Gained even more attention when a local TV Station used Obama’s photo in reporting the story: 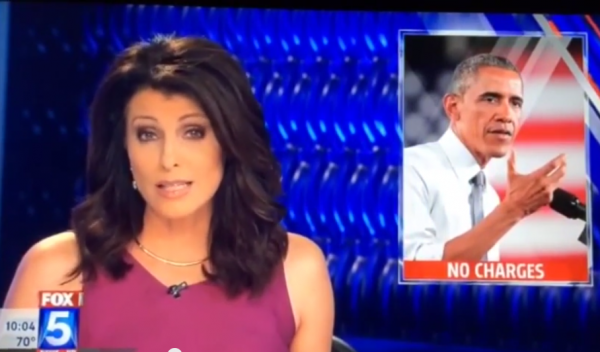 That took the story, and Sousa’s name, national.

Now Sousa has taken the preliminary steps to file suit against the university, and is speaking out.

The San Diego State University student who was accused of sexually assaulting another SDSU student last year spoke exclusively to CBS News 8 on Friday.
The District Attorney dropped the charges against Francisco Sousa, but he remains suspended.

Francisco Sousa said he did not file the lawsuit against SDSU for financial gain, but instead to change the way SDSU handles sexual assault cases.

In his case and in his own words, “Giving an accused student due process and the opportunity to defend himself before being very publicly accused,” he said.

I don’t know if Sousa was guilty but there wasn’t enough evidence, or if he was wrongly accused. And there will be others like me who will Google his name, and wonder the same thing. And that’s the problem.

The only way to stop all of this false rape case phenomena is make the accuser pay for all of the accused legal fees, if the allegations prove to be false. Also make the University liable. Just one question here. What the hell is the campus police doing arresting students that live off campus? I thought that the city away from the college or university was a city police matter.

The university at which I teach has exactly that arrangement, and our campus police have the same training and standards as the local city police.

It’s harsh, and could lead to an injustice, but the way things are going now, the mantra has to be “Police report or it didn’t happen.”

It is not harsh. Rape, that is, sex by force or intimidation, is a crime. It is supposed to be reported, not to the school, but to the police.

Celibacy is a healthy thing. Be celibate, platonically date someone that might be of future interest, stay away from the hedonism that is part of college “rape” culture in which young women indulge and cry rape for morning after regrets.

I concur in your assessment that celibacy is the best practice.

However, there may be cases where a female student feeling jilted by a man has made a false accusation. And a celibate man I would think may be a ripe target in this sick world of ours ( Think of Joseph and Potiphar’s wife as an example ).

Such is our human races sinful nature.

So, a college or university of all places ought to be mature enough to see this and insure that they allow for adequate due process before an innocent is crucified in the press.

And don’t nude selfies and give them to other people unlkess it’s someone like your doctor, and it’s a picture of a mole.

And i don’t care what people say, if you dress like Jenny Scordamaglia youu really should expect to get raped. Just like if you stick your finger in a socket you get a shock.

What you are really saying is that dressing like a stripper working in a titty bar and then publishing the pictures, might get you treated like one. Actually, the result is worse. Titty bars have bouncers, and pay the girls. College kids don’t expect to pay for sex. There are some on every campus, both foolish girls and foolish boys.

Other behavior is as public. I was driving near UCSD one day, when a car full of girls got some guy’s attention by dangling a bra out the window. He signaled, and they followed him somewhere.

Yes. Can someone explain exactly when and how “blaming the victim” became a bad thing? Sometimes (quite often, actually) victims are to blame. To the best of my knowledge it is actually illegal to leave your car with the engine running; if someone does so and the car is stolen, would anyone not blame the victim?

Protect yourself — wear a body camera at all times.

“The SDSU sophomore is accused of forcing a female student”. No name? Step #1 is that any case for which the complainant remains anonymous, so does the target of the complaint. Step #2 is that any “news” agency that quotes the target’s name and not the complainant’s name becomes subject to civil damages against the target. Google needs to show “complainant Susie Jones filed a complaint that could not be substantiated by law enforcement” as often as “target Jack Smith was accused of X”. That way, future employers know that Susie Jones is a congenital liar.

Did anyone else notice the disconnect in this quote from the story:

“It’s kind of scary to read about. It could have been me, SDSU student Bailey Fuimaono said.”