And then a rapper ran for President 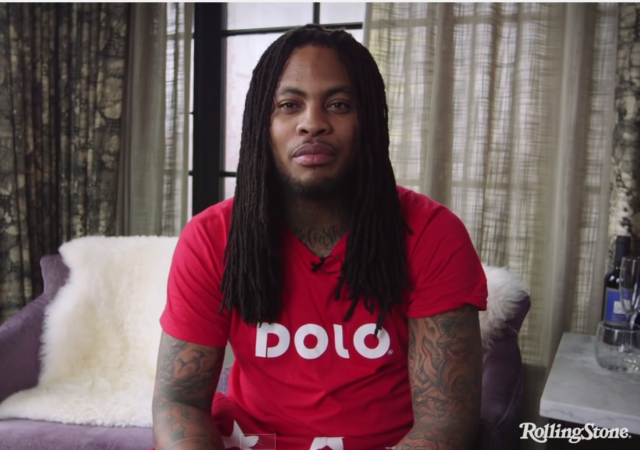 Is the 2016 GOP field to RINO-y for you? Hillary too full of hogwash and O’Malley too boring? Are you looking for a candidate who graduated from the School of Hard Knocks?

Then Waka Flocka Flame might just be the candidate you’re looking for… or not.

Juaquin James Malphurs or Waka Flocka, is a rapper from Atlanta. He also announced his presidential candidacy Monday (which was not so coincidentally 4/20).

According to Rolling Stone:

Two years ago, Waka Flocka Flame made a promise. “I’m dead ass running for president in 2016,” the Atlanta rapper tweeted. The date was November 6th, 2012.

Today, he’s keeping his word. In a high-level meeting with Rolling Stone today, on April 20th, 2015, Waka declared his candidacy for the next President of the United States, with DJ Whoo Kid as his running mate.

In his ‘official’ campaign video, Waka explains his modest political platform. Legalizing marijuana would be his first priority, followed by banning animals in restaurants. And when it comes to issues like women’s rights, I can’t say that I disagree with the man.

Is Waka seriously running? Rolling Stone certainly seems to think so. They must be unaware of that whole Constitutional age requirement thing, but I mean, it is Rolling Stone.

Waka Flocka Flame hits the campaign trail. This is not a joke: http://t.co/8sFSSY6yNd #WakaForPresident pic.twitter.com/4y323P8RC1

And he does have official campaign merchandise…

Was going to vote for Dwayne Elizondo Mountain Dew Herbert Camacho, but Waka Flocka Flame seems like a nice fellow….

Yea, the whole “What we need is more violence!” is so last election cycle.

Guy is a clown, literally.
He ran on this slogan:

What does a federal congressman do?
I really don’t know – but vote for me and I’ll let you know.

He won!
He’s the second most voted congressman in the history of Brazil.

That’s what happens when voters get sick and tired of the political establishment.
Isn’t that how most of us feel already?

I look forward to the debates.
Which party affiliation does he have?

Hey, I remember this guy.

Before he was coo…

How about if he teams up with the “Rent is too damn high” fellow?

I thought we already had a Waka Flocka Flame in the White House?

“In a high-level meeting with Rolling Stone today….”

And just what level at Rolling Stone is deemed high? The river of bullshit?

…hard to know, but it must involve large quantities of controlled substances.

I mean, those guys have some SERIOUS resistance built up!

I believe that he is generally a Republican supporter. He was in Perdue’s camp in the most recent GA senatorial election, and I think endorsed Romney.

He’s at least as qualified as Obama was…

What the heck does that mean?

I guess I’ve been gone for too long…

I hope he splits the Dem base and a real Conservative wins. This is America after all, anything is possible!