Top Five From Around the Web: These Kids Today

Top Five From Around the Web: These Kids Today 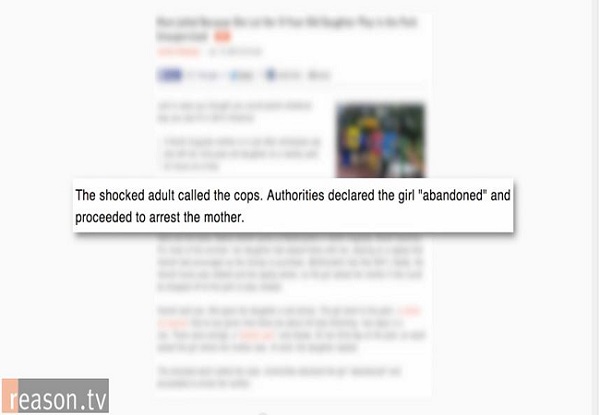 To summarize, the school wants to be an “accepting campus”. They accept Gay Pride Week but not Straight Pride Week. It looks like they will accept you as long as you believe exactly what they believe. #Fail

When constantly berated by left-leaning outlets such as “The Huffington Post” and “Comedy Central,” uninformed voters tend to follow the herd regarding completely phony “news” pushed by soulless celebrities and conniving liberal politicians.

Everyone knows that Republicans aren’t racist and sexist. We just love the constitution and are determined to stand up for it.

The left never seems to grasp that freedom of speech means just that. Freedom to say whatever, whenever; Freedom to support any political candidate one desires regardless of race or gender.

Suppression is a key ingredient for all Democrats, and until true conservatives come out and fight with their big boy gloves, the left will continue to win their never-ending political correctness crusade.

In a February 2015 letter to the Office of Refugee Resettlement, the USCCB, which serves the largest faith-based refugee resettlement organization, wrote that forcing the charities to provide abortion services for immigrants in their care, even by referring pregnant teens to another organization to perform the procedure, would constitute the church facilitating a request that they view as morally wrong and would violate their religious freedoms.

“We came in to school on Thursday and found a lot of people wearing flannel and we couldn’t figure out why,” Zoe Johnson, a 16-year-old bisexual student at McGuffey High School in Claysville, told BuzzFeed News. “People started getting pushed and notes were left on people’s lockers.”

The anti-gay protest occurred a day after students with the school’s Gay-Straight Alliance (GSA) held a “Day of Silence,” an event aimed at drawing attention to anti-gay bullying.

Donna St. George and Brigid Schulte write that the “Free-range” flap fans flames of a national debate on parenting:

In recent months, the focus has been Maryland, where the Meitiv family has had run-ins with Maryland Child Protective Services (CPS) for allowing Rafi, 10, and Dvora, 6, to walk home from area parks. The Meitivs — believers in the “free-range” kids movement, which encourages childhood independence — say their children have gradually increased how far they walk, starting with outings around the block.

CPS officials say the priority is protecting children and that they are required to follow up on calls.

“How have we gotten so crazy that what was just a normal childhood a generation ago is considered radical?” Danielle Meitiv has asked. [emphasis added]

Watch this video from Reason TV about the dangers of criminalizing parenting:

I think…and feel…we’re roaring up on critical mass in the U.S.

Why? Well, the nanny state has pretty much worn out. I mean by that, its welcome, its resources, and its philosophy.

Most of us are fed up, and we’re simply not gonna take it. We’re DAMN sure not gonna PAY for it.

That ol’ totalitarian urge I’ve written about here so many times, just barely lurking behind the Collectivists’ crap, has burst out from behind their lying facade, and it ain’t pretty or tolerable to Americans.

Intellectually, the Collective is imploding, and we see it more and more starting to eat its own factions. Which is FUN to watch!

1. there will be a law and order swing among voters this coming election. Not toward authoritarianism, but away from it. In support of policing as a process, but not as a license.

2. there will be real reform movements that become effective in several areas of public interest, including criminal sentencing, the accountability and discipline of government employees, and withdrawing the military as a play-thing for social tinkerers, among several.

3. there will be a strong movement to radically reform the Federal tax code, and it will be popularly supported.

4. the movement for a constitutional convention will gain steam, and will result in some changes in the Collectivist planning just by doing that.

Feel free to join in.

Once upon a time, it was common for kids to walk a mile or more to school. Walk to the park, library or corner store all by themselves. Must have been hundreds of times I was more than a mile from home by myself when I was 8.

For the record, I include any organization that seeks or accepts tax-exempt status in my definition of selling out to the government; it always cedes control to people who should have none. For the same reason, I don’t believe in claiming deductions for offerings and gifts.