The Attack on Kenyan Christians

The Attack on Kenyan Christians

But some in the press have trouble with the “C” word 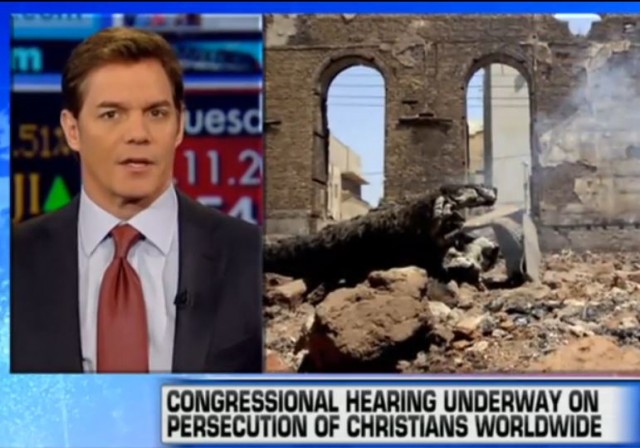 Two attackers were killed in the ongoing security operation, and one was arrested, authorities said….

Joel Ayora, who was on the campus and witnessed the attack, said gunmen burst into a Christian service. Taking hostages from the service, they then “proceeded to the hostels, shooting anybody they came across except their fellows, the Muslims.”

The dangerously porous border between Somalia and Kenya has made it easy for Al-Shabaab militants to cross over and carry out attacks.

The attack is now said to be over, with four terrorists killed and over 140 students murdered. Fifty or so who had been held hostage (mostly females) have been freed.

When the gunmen arrived at his dormitory he could hear them opening doors and asking if the people who had hidden inside whether they were Muslims or Christians.

“If you were a Christian you were shot on the spot,” he said. “With each blast of the gun I thought I was going to die.”

The pattern for attacks by this group has been to separate Muslims from Christians and murder the latter. There’s nothing equivocal about it.

The New York Times, on the other hand, is mealy-mouthed in the extreme. There have been several versions of the article today that have changed as news continues to break. But none I’ve seen have mentioned religion in the headline, and none describe the singling out of Christians as victims, referring instead to “non-Muslims.”

The only mention of Christians at all in the article is a quote from a terrorist, and it is basically an accusation that Christians are invaders and colonialists as well as proselytizers:

In an audio message released on Thursday, a Shabab spokesman, Ali Mohamoud Raghe, said the attack had been carried out because “the Christian government of Kenya has invaded our country,”…

He said the university had been targeted because it was educating many Christian students in “a Muslim land under colony,” a reference to the large ethnic Somali population in a part of Kenya that Somalia once tried to claim. He called the university part of Kenya’s “plan to spread their Christianity and infidelity.”

By the way, the most-wanted leader of the terrorists is named Mohammed Mohamud, which probably has nothing at all to do with Islam.

But at least our President and John Kerry secured such a good deal with Iran.

Peace in our times!

They wren’t really attacking Christians. They were attacking and killing non-Muslims.

Thank goodness there were no Jews there otherwise it would be blamed on the Israeli-Palestinian debacle.
Then again just a random attack.

The media don’t care because it is socially and politically acceptable to harbor bigotryand against Christians.

In other words, nothing to see here, folks – move along ~

Frankly, there’s a part of me that suspects that the average MSM reporter or Democratic Party activist looks at the Kenyan news and thinks, “Gee, if we had any 外卵, we’d be doing the same thing to those homophobic, Islamophobic misogynsitic racists over here!”

I wonder if the attackers were Obama’s relatives. They are known for that in Kenyan. I would be surprised if Obama slipped them some bullets.