“I think the public has spoken very loudly.” 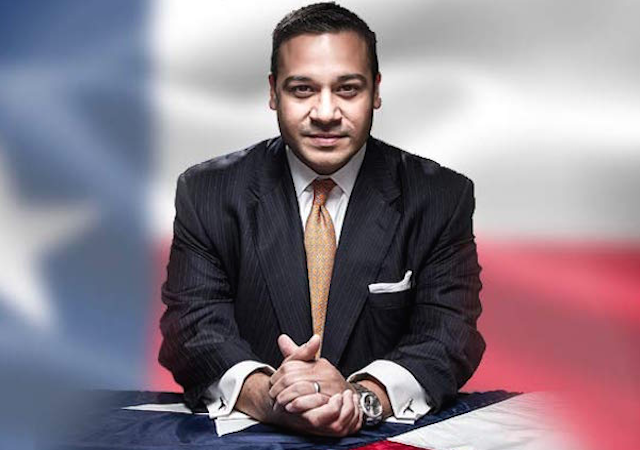 After weeks under fire, Texas state representative Jason Villalba (R-114) has pulled his controversial “cop watcher” bill. As it was originally filed, the bill would have placed limits on how citizen journalists are allowed to document police activity. However, soon after the bill was referred to committee and reactions from activists escalated, Villalba indicated that he was open to substantially changing the language in the bill to clarify how the average citizen’s First Amendment rights would be affected should it become law.

Not good enough, said the people of Texas. And so Villalba has pulled the bill. The move is being praised by some law enforcement associations, but others, like the Dallas Police Association, are standing by their reasoning for proposing the bill to begin with.

From the Dallas Morning News:

“He’s a young, talented legislator, and there’s no hard feelings on this end,” Wilkison said. “It’s just not needed.”

“We thought when we wrote our bill that we were making it safe not only for the police officers by that [25-foot] buffer zone, but also for those individuals that are seeking to keep law enforcement accountable to give them a safe zone to film,” Villalba said.

Frederick Frazier, first vice president of the Dallas Police Association, said a rash of incidents involving police officers antagonized on the job prompted the bill. They were dangerous situations, “almost like a setup to try to get officers to do something stupid,” he said.

“Ultimately the officer is … going to be disciplined, ridiculed on social media and possibly killed,” Frazier said.

Quick note: Villalba has specifically said that the pulling of the bill had nothing to do with the recent shooting of Walter Scott by South Carolina police officer Michael Slager:

Discarding the bill, Villalba said, was not the result of public outcry over the fatal shooting of Walter Scott, an unarmed black man whose killing by a South Carolina police officer, Michael T. Slager, was captured on video by a passer-by. But Villalba didn’t think his bill would have prevented the passer-by from capturing the event.

“If you look at that camera shot, he’s over 50 feet away behind a fence,” he said. “Under our bill, he could have actually gotten closer.”

But regardless of timing, the concept, Villalba said, is not likely to find success now or in the future.

“I think the public has spoken very loudly.”

So, there you have it. The public spoke, and after coming under heavy fire, Villalba listened and relented. I still stand by my original analysis of how the application of the criminal negligence standard mitigates a lot of the concerns raised about this bill, but I also believe that it’s a good thing that Villalba chose to pull the curtain on his legislative sideshow.

Maintaining police safety is a genuine concern—but so is maintaining the First Amendment. If you’re going to write a bill that attempts to do both, it’s best to do it right the first time.

If something’s out in plain sight in a public area then it ought to be fair game for recording. This includes officers and other public officials doing their jobs. While I recognize the need for cops to perform their jobs safely I’m not willing to compromise that issue. Besides most cell phone cameras, which is what a lot of these cop videos are being recorded with, don’t have great zoom so being forced to stay back 25 feet or more might hide important details, especially if it’s dark outside.

I’m not familiar with the exact language in the bill. But from reading this, it is implied that the law would have made being inside the 25 foot zone illegal. Here’s an idea – rather than add even more possibilities to punish people for actions and thoughts, why not simple give police some avenues for relief? In this case, it seems that the 25 foot zone could be defined as one where the citizen takes the risks of any incidental harm. All the police need do is verbally notify the onlookers. Sort of a Miranda situation. Free speech is still maintained, and you are duly advised of your risks.

A license for the police to inflict incidental harm

What? Don’t follow whatever reasoning you are using that says giving warning to people within 25 feet translates to a license to inflict harm.

I’m thankful the legislature had the good sense to flush this bill like it deserved.

Now the totalitarian fool Jason Villalba who introduced it needs to get bounced in the next primary.

First, it wasn’t “flushed by the legislature”, it was withdrawn by the author. Secondly, losing Jason Villalba because of this misguided act would be a loss to the pro-gun rights groups in Texas. Villalba is an A-rated pro-gun Republican.

The bill, HB 2918, adds to the definition of what constitutes “interfering” with an officer’s duties, and would make it a Class B Misdemeanor to film, record, photograph, or document the officer within 25 feet while that officer is performing his official duties. That distance is extended to 100 feet if the person is carrying a concealed handgun.

In addition to not understanding the first amendment, seems like he doesn’t have a whole lot of respect for the second, either.

As a concealed carrier myself, someone who is therefore statistically among the cohort of most law-abiding Americans, I’m not impressed that he’s so scared of the lawfully-carried weapon in my handbag that I can’t be trusted within 100 feet of a police officer if I’ve got my cellphone camera running.

Withdrawn by the author… oh gee I WONDER why he did that? You suppose it had anything to do with the overwhelming push-back from the public and the resulting conversations with his peers in THE LEGISLATURE that he should flush it, like the turd that it was?

As far as him being a “good” Republican I couldn’t care less what “brand” he wears. A large measure of our problems in this society can be attributed to people voting for morons simply because they have the “correct” label on their pin.

And what about videotaping your OWN INTERACTION WITH COPS? Do you tell them STOP, I HAVE A CAMERA, KEEP BACK 25 feet? The whole bill was because the DALLAS PD is afraid of some of the BAD APPLES on that force and they are going to cause Dallas to pay a lot of money to some people some day. If it is in “public”, I have a RIGHT to videotape it.

I still think Chuck Skinner on the earlier post had one of the best explanations as to why this law would have been a practical disaster.

I’ll also make a point I made earlier, which was that this law specified that CCL holders who are lawfully in possession of a concealed weapon were mandated to be no closer than 100 feet away when filming. Which means if you’re a CCL and you’re in a shop or on a subway platform or something and you start to see something video-worthy going down, you have to take yourself no less than 100 feet away from the action before you can hit that “record” button on your iPhone.

Not to mention all the legal problems posed by those of us with dashcams, where it’d be illegal to drive past a cop who has someone pulled over and even illegal to film our own encounters with the police should we, say, get pulled over for a “broken tail light”…

Toldja this bill would have no legs in Texas.

Now, Dallas is like several Texas cities…an aberration in this state. It has been for decades a very hostile place for armed citizens, and one of those places where the chief of police has been reliable Collectivist.

I remember decades ago being incensed that another poor trucker (I was one at the time) was being prosecuted in Dallas for having a tire billy in his truck (with which you bump your tires…as required by the DOT). In Dallas, it was a “deadly weapon”.

Texas is not a homogenized place.

Last time I was in Houston it seemed very different from Dallas. Lots of zoning freedom and I saw guns in trucks a lot more than I remembered from trips to Dallas. And here I thought the progressive were right when they say Austin is a pond of blue in an ocean of read. I guess there are more blue ponds developing.

San Antonio, despite being a military town, has been pretty Progressive/Collectivist since the Depression and the days of Maury Maverick (who was an outright Communist).

Like I say, Texas is not a homogeneous state. Never was, really.

San Antonio is 63% Hispanic, which affects its political leanings. For comparison, Houston is 44%, Dallas is 42%.

So, this means that I can watch a non-redacted version of Cops? The more First Amendment checks and balances in action the better, I say.