“Nothing has defeated you. Today is about victory.” 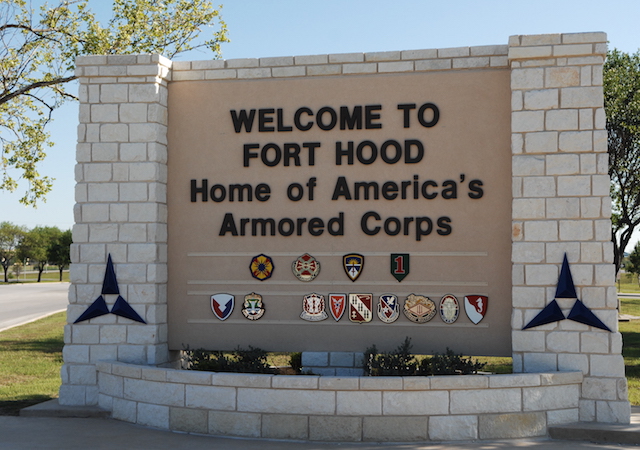 When the bullets finally stopped flying, 13 people lay dead, and another 32 were injured in what was the deadliest attack ever on a U.S. military installation. The United States government deemed the attack “Workplace Violence”, drawing backlash amongst military advocates. Congress, led by a delegation from Texas, worked over the course of several years to reverse that label and retroactively award those injured or killed in the attack with eligibility for the Purple Heart and its associated benefits.

Now, almost 5 years later, victims and families have finally gathered together to pay tribute to Hasan’s victims. Via KXAN:

“You are not a victim. You are still here. Nothing has defeated you. Today is about victory,” said Retired Gen. Robert Cone to survivors.

Gov. Greg Abbott was at the ceremony on Friday.

“Today is a celebration of those that wear the uniform,” he said.

Purple Heart on his chest, SSG Eric Jackson said it is still difficult to come on post at Fort Hood. CPT Dorothy Carskadon says she has chosen to be “better, not bitter,” adding it is an honor to wear the medal.

“We can pick up the pieces knowing we are victors,” said Purple Heart recipient Christopher Royal.

“It is priceless. It is a medal that shows we have given, blood, sweat, tears and sacrifice for this uniform,” said Sgt . Alonzo Lunsford, who added that if young people don’t have role models to look up to, they are looking in the wrong direction.

KXAN has a great slideshow of the day’s events.

In a statement to the media, Texas Senator John Cornyn said, “After years of waiting, I’m happy to see the day finally come for the victims of the 2009 Fort Hood terrorist attack and their families to get the recognition and honor they deserve.” Cornyn introduced the Honoring Fort Hood Heroes Act in September of 2013 in an effort to award medals and benefits to those injured. That bill never made it out of committee, but provisions were rolled into 2015’s NDAA reauthorization that finally made the victims of the 2009 attack Purple Heart eligible.

Today’s ceremony may not heal the wounds of those affected, but it has brought recognition to their their suffering:

“It is our hope today that we will help, in some small way, heal the wounds that you have suffered,” said Lt. Gen. Sean MacFarland, III Corps and Fort Hood commander.
…
Former Staff Sgt. Eric Jackson, a Killeen resident who was shot by Hasan, said he has struggled for years with the emotional toll of the shooting and questioned if he and others would ever receive the Purple Heart medals.

“There were days that I wondered if it was ever going to happen,” he said.
Others shot by Hasan said today’s Purple Heart ceremony brings recognition to the pain and suffering many of them have gone through.

“I don’t think the closure is here, but the recognition is surfacing to the top,” said former Chief Warrant Officer 3 Christopher Royal, who was shot twice by Hasan.

Hopefully the soldiers killed and wounded in LR will eventually get the same recognition rather than tossed aside for PC.

I’ll be surprised if this story makes the network evening news. They might have to explain why bureaucrats treated these men and women so poorly.

Or as Obama would say, “Whatever”.

I get the word “victory” as used here: it is a victory of the people speaking truth to power. The people who were injured and the families of those who were killed, have forced their government to truthfully account for their lives.

According to Special Report/Fox last night, the Purple Hearts were pretty much a belated and symbolic gesture — as the financial support that accompanies the ‘normal’ award appears absent.

This recognition goes a LITTLE way toward repairing what seems like a purposely designed campaign to gut the morale of our military.

Few thing I can think of would more effectively do that than the entire “work-place violence” meme of the Obamic Decline. People who live in reality find that kind of delusional BS insulting in the extreme, and our war-fighters are realists.

Good news. Now hang that SOB, throw him in a hole, and cover the festering carcass with quick lime.