No Smoking Gun For Hillary? 5 Cases Where It Didn’t Matter

No Smoking Gun For Hillary? 5 Cases Where It Didn’t Matter 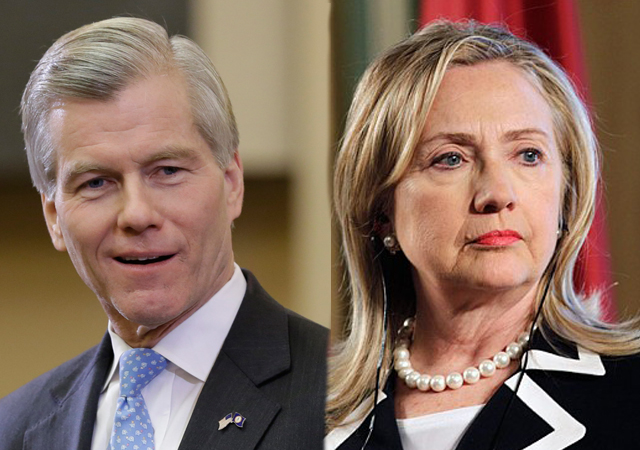 Peter Schweizer’s “Clinton Cash” has the Democratic Party—and Hillary Clinton’s campaign team—really nervous. The book has shone a spotlight on Hillary’s time as Secretary of State, and on the connection between deals presented to the state department by foreign interests (government and business) and donations made to the Clinton Foundation.

Schweizer has said several times his role as an author was to establish a pattern of behavior by Bill and Hillary Clinton as it related to donations made to the Clinton Foundation, and paid speaking gigs for Bill that often topped $500,000 apiece.

Critics however, have lashed out at Schweizer and his book, claiming it is nothing but a political hack job due to the lack of a “smoking gun.” There is no evidence of any quid pro quo, so therefore, the book is just partisan mudslinging.

Schweizer is quick to point out that he is an author, not a prosecutor, and his job was merely to report on what he believed was a pattern of behavior. He said it is up to those with subpoena power to look into the issue further and determine if there was any criminal behavior. That being said, the “smoking gun” argument doesn’t really pass the sniff test, because there are plenty of politicians who have been indicted and/or convicted of crimes without the presence of a “smoking gun.” Here are just a few:

1. Bob McDonnell – The former Governor of Virginia was convicted on a wide array of charges that included “Obtaining Property under Color of Official Right” for crimes such as having greens fees and caddies fees paid for at golf country clubs. The bulk of the charges centered around McDonnell’s relationship with businessman  Jonnie R. Williams. Despite the additional access to the Governor that Williams was able to obtain via gifts and money, there was never any clear evidence that McDonnell did anything on Williams’ behalf in an official capacity.

2. Buddy Cianci – The former mayor of Providence, Rhode Island was convicted in the Operation Plunder Dome (the FBI codename) investigation. Cianci was indicted on 27 charges including bribery, racketeering, extortion, and mail fraud. Cianci was ultimately cleared of all charges except for one – racketeering. Somehow, the jury reached the conclusion that despite the lack evidence to convict on crimes like bribery and extortion, he still controlled a criminal enterprise.

3. Ted Stevens – While the late Alaska Senator had his conviction for corruption overturned due to prosecutors concealing exculpatory evidence, the justice department admitted there was no quid pro quo activities when Stevens was indicted on corruption charges related to gifts he received from VECO Corp., an Alaska oil services company.

4. Rod Blagojevich – Blagojevich was convicted on various charges in 2011 related to “selling ” President Obama’s Senate seat. Roland Burris, who Blagojevich appointed to fill Obama’s seat, has said that there was no quid pro quo and Blagojevich has built his appeal around the fact that the government did not prove there was an “explicit promise or undertaking” to perform an official act on anyone’s behalf. The government contends this was not necessary to secure their conviction. The appeal is still pending.

5. Robert Menendez – This case is somewhat different only because Menendez has only been indicted, and not convicted (yet) on any charges. However, if the other cases serve as a blueprint, it’s not far fetched to believe Menendez, short of taking a deal, will be convicted. As in the other cases, the government has not established (even in the indictment) that there was any “smoking gun” that tied gifts Menendez received to any federal action. Brigid Callahan Harrison, a professor of political science and law at Montclair State University writes:

In reading the indictment, I waited for the “smoking gun,” the evidence of a quid pro quo, some demonstration that Melgen gave to Menendez explicitly in exchange for advocacy. It never came.

So why are Bill and particularly Hillary Clinton, being held to a different standard? If the standard is to show that action was taken after donations were made, whether there was an “explicit promise” or not, then shouldn’t what happened with Hillary and the Clinton Foundation be subject to a criminal investigation at most and at the least, a Congressional inquiry?

We have already learned the foundation hid foreign donations during Hillary’s tenure as Secretary of State, and now the foundation has to re-file five years of tax returns as a result.

If Hillary Clinton wants to hold the highest office in the land, she should be made to answer for what went on during with the Clinton Foundation during her time as Secretary of State; and there should be further investigation into the Foundation’s actions to see if any laws were broken.

There’s ALLLLLL kinds of evidence of a quid pro quo in the Clinton’s slush-fund/influence bazaar.

PLUS, you don’t need a “smoking gun”. Sometimes the absence of a gun you know SHOULD be there is damning. You know…like a whole email server.

If Hillary is anywhere close to being considered for the presidency, we’ve fallen a long way down.

Ok, Huey Long was considered a strong possibility, in the 1930’s, before he was killed, Gary Hart was a strong front runner before the actual start of the 1988 campaign season, clean Gene McCarthy was a strong candidate in 1968, but none of them carried the same kind of baggage as Hillary does now, and all of those previous ones failed, as they should have because they all were terrible candidates, and terrible people. So, Hillary succeeds where better people (Not really extremely better but still!) failed? Wow, we’re truly on a downhill slide if Hillary is a real possibility.

While he isn’t as sordid as Bill and Hillary Incorporated, he was a commie fluck of the lowest order, a moral coward, and generally too stupid to live.

Reminds me – “Clean Gene” McCarthy was regarded as the sterling standard for an ethical politician.

His Presidential campaign was more than 90% funded by the contributions of only three donors who gave over $1 million each (his top supporter gave over $3 million).

If that didn’t impact McCarthy’s ethics or reputation, why are today’s Democrats so frantic about Citizens United?

Ah, come on, Clean Gene was certified clean whereas HHH was the “man” even though the true villein was Nixon; you know,the one who started that ilegal war against the VC and kindly NVA. Plus Nixon ordered our troops into Cambodia on Christmas, 1968, and to rampage about like Genghis Khan!

Jeez, has everyone forgotten that history already?