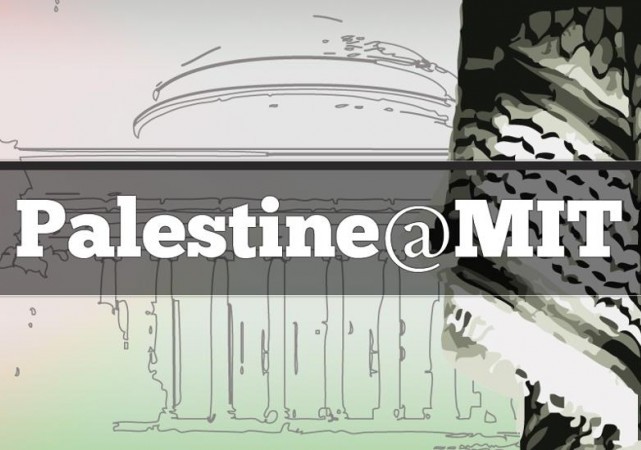 On Massachusetts Institute of Technology’s campus, the planned celebration was not without controversy and dissent.

On April 20th, the student group [email protected] issued an “open letter” decrying an Israel Independence Day celebration scheduled to take place during SpringFest. [email protected] went as far as to claim that the event makes them feel “unsafe.”

The Israeli Independence Day raises politically sensitive questions given that it just so happens to represent the 1948 Palestinian Exodus, also known as the “Nakba”. This is a day of extreme tragedy and traumatic loss for millions of people, including many students here at MIT. As Palestinians and supporters of Palestine in the MIT community, we are alarmed by the fact that the UA are endorsing this event, given that the UA represents us as well. We feel unsafe in an environment that celebrates a catastrophic day for one nation at an official school-wide capacity by a body that represents all students equally, with no regards or sympathy towards our tragedy.

We direct this message to the entirety of the student body with a request for change. We request the UA to detach the carnival from SpringFest, and to refrain from sponsoring and/or publicizing it at a school-wide capacity.

[email protected], promoting a narrative of victimhood, suggested that the celebration of Israel’s independence threatened their community standing.

Undergraduate Association (UA) President Matthew Davis took the “open letter” seriously and met with [email protected] leaders and other student groups before issuing a response. On April 22nd, Davis sent an email to the entire MIT undergraduate student body explaining that the UA weighed dissociating from the event but after careful consideration, decided not to alter the arrangement.

Considering this discomfort for students, as well as a lack of publicity for an opportunity to participate in SpringFest and transparency concerning the calendar, [email protected] requested that we remove the event from the SpringFest calendar. This morning, the Undergraduate Association (UA) Events Committee and I met with MIT Hillel, Friends of Israel and [email protected] to discuss these concerns and our path forward. We wish to share with you the decision we made, and the reasoning behind it.

As part of this, it is often the case that some student groups will be ones with which other undergraduates are uncomfortable, or may express an idea contrary to the opinions of others. In the course of history, it is often the case that such groups would not be allowed; moreover, it is often the case that those who hold a minority opinion, contrary to that of the majority, may have their opinion silenced either through the active suppression of the majority, or a lack of resources provided. Perhaps the most valued and intrinsic desire of every human being is to have a voice – to allow their ideas to be expressed. There are two courses of action the UA may take in regards to controversial groups and ideas – either recognize no groups, whether of the majority or minority opinion, if there is a hint of controversy, or recognize all groups equally, regardless of the popularity of their idea.

In these cases, consistent with what has been stated above, the UA has always taken the case of the latter, and recognizes all groups equally, so long as that group is recognized by the ASA and is operating consistent with MIT policies. The reasons for this are many – but perhaps most importantly, by recognizing all ideas and opinions equally, we are more able to allow a free expression of ideas, allowing undergraduates to be exposed to a wide range of opinions, and choose for themselves those of which they are for, and those of which they are against. At times, this will result in us feeling uncomfortable – and it is the challenge of every one of us to recognize why that is the case, and act accordingly. Please note that this freedom does not extend towards groups or events which are in violation of MIT policies, such as the MIT Nondiscrimination Policy.

As the Friends of Israel and MIT Hillel, the sponsors of the event, are ASA-recognized student groups, and their event is consistent with established policies, we have chosen to keep the event on the SpringFest schedule. Further, we do not feel that it is appropriate to derecognize their event, due to our failure to notify student groups of the opportunity to publicize. To do otherwise would set a precedent that would be contrary to the values expressed above, and, we believe, would ultimately be more harmful to all affected groups.

Unfortunately, this exchange is directly in line with the politically correct culture that is permeating today’s college campuses. All that it takes is a for a group or individual to claim that they feel “unsafe” and protection from campus administrations and student leaders is contemplated. Too often, comfort trumps intellectual inquiry.

Anti-Israel activists, along with other far-left interest groups on campus, specialize in a particularly troubling inversion of reality. While anti-Israel groups such as Student for Justice in Palestine (SJP) routinely chant “from the river to the sea, Palestine will be free” and assert that Israel is guilty of being an apartheid state, the slightest challenging of the anti-Israel movement’s moral blindness is deemed offensive and worthy of widespread condemnation.

When the David Horowitz Freedom Center, through a poster campaign, accused the SJP chapter of UCLA of promulgating anti-Semitism and “#JewHatred,” group members complained that they felt offended. “These posters are a clear example of hate speech directed against Students for Justice in Palestine, as well as supporters of Palestinian freedom and equality,” the group said in a press release, according to the Daily Bruin. “They rely on Islamophobic and anti-Arab tropes to paint Palestinians as terrorists and to misrepresent Students for Justice in Palestine as anti-Semitic.”

The charge accuses those who challenge the anti-Israel campus narrative of being racist, bigoted and malicious. In reality, it is the anti-Israel students and groups that routinely promote intolerant narratives – as was the case at Vassar College when the SJP chapter shared Nazi propaganda.

Luckily for MIT, the UA did not relent in the face of student objections. But the challenge to Israel’s legitimacy cannot go unnoticed. [email protected] reinforces the narrative of the far-left that Israel and Zionism are “unsafe” ideas from which students need protection. The very foundation of the Jewish State is rebranded as a genocidal, murderous endeavor.

Well. I see their problem right there…

When you start from a lie as a premise for your conclusions, you SHOULD be afraid. You are wallowing in delusions.

Go with power up, Israel supporters!

How come students from the former Soviet Union don’t get to be “afraid” at the anniversary of the demise of that ACTUAL state?

East Germans at the fall of the Wall?

Even REAL states come and go.

Makes me feel weally bad for the pwecious widdle snowflakes.

A Palestine who attends MIT? Can anyone say, “check your privilege?”

By that reasoning, Cino de Mayo celebrations should be banned on the grounds that they could make people of French decent feel unsafe.

Luckily for MIT, the UA did not relent in the face of student objections.

There’s nothing “lucky” about it. MIT is different, and so is the MIT UA; probably the least likely US campus to be conned by Mideast sophistry.

Yes, MIT is different. Just ask any alumnus, he’ll tell you so. And at great length, so bring along some snacks.

Well, schools do change. But if the MIT administration doesn’t want a lot of very pissed off alumni, they better shake some sense into these child-students. Clearly they aren’t assigning them enough problem sets if they have time to try to intimidate-via-tantrum their fellow students.

And I say this as one pissed off alumni.

The article is about the defeat of an attempt to suppress free speech.

Yes yes it’s a nice article, so what?

“…(Israel) that was created so recently through similar “overwhelming” immigration”

That’s a lie, and you’re a liar. As usual. Again. Some more.

We’re concerned about ILLEGAL immigration. Why do YOU assume that they are Hispanic?

If they can’t embrace diversity and inclusiveness at MIT, they should leave.

They should feel unsafe. Anybody who supports the Islamist Perversion should feel shunned and outcast, because the whole world knows they have flunked a test of decency.

Just goes to show that one can be educated,yet still be an idiot. Can’t fix stupid.

They have no idea what unsafe means.

So glad I haven’t run into one of these people yet.

I feel unsafe around people that identify themselves as a nationality Yassar Arafat made up to justify killing.

And there have been actual incidents in college campuses.

By the way, Yasir Arafat didn’t make up that nationality – the entire Arab world did, in Rabat. Morocco, in November, 1974. While before that maybe there were some attempts to say there was a Palestinian people (as opposed to Palestinian refugees)it did not becme official until then.

What is thin “unsafe” nonsense. It seems to be taking over college campuses. It appears when there are contrary opinions, people lie about feeling “unsafe”. But, do these supposedly rough, tough Palestinian students really feel unsafe? I doubt it. Has anyone ever asked them if they felt someone was going to hurt them. Are they going to get punched? Is someone going to seek them out to harm them? Why, exactly, do they feel unsafe?

Reflexive weapon to shut down opposing ideas and opinions. Used at about the maturity level of a 4 year old.

Don’t kid yourself into thinking that it is only the Palestinian side that uses the bullshit claim of “I feel unsafe” to try to suppress the free speech of the other side. The pro-Israel side uses this tactic just as well.

Witness those who whined that pro-Palestinians who slid OBVIOUSLY FAKE eviction under dorm room doors at NYU last year were doing so to INTIMIDATE the residents. Intimidate them into doing what? I don’t know, but those complaining left the impression that the Palestinians were trying to intimidate them from supporting Israel.

Anyone reading through the comments section of the above article by William Jacobson can see that there were plenty of people salivating at using the flyer incident as an opportunity to shut the Palestinians up.

A better analysis of the NYU incident can be found here:

Also witness the case of Sumayyah Din who ran for the student senate at UC Berkeley and had the audacity to use the hashtag #Dintifada on her facebook page explaining her campaign. The Zionist group Bears for Israel whined about her hash tag making them feel unsafe and the group Stand With Us practically accused her of supporting murder. (Anyone who read her full campaign statement would realize it was a bullshit accusation). As a result of their twisting her use of the hashtag, Din was subjected to online abuse, harassment, and death wishes.

I’m glad to see that MIT rejected the Palestinian claim that the pro-Israel celebration should be stopped because it made them feel unsafe. Such tactics are BS, no matter which side is using them. You may have heard of the heckler’s veto. That’s when those who are offended threaten to commit violence against those who they want to suppress. The classic example of this is those threatening to kill cartoonists for disrespectfully drawing Mohammad. The “Your actions make me feel uncomfortable and unsafe so it must be stopped” tactic used by both sides in this debate is the opposite of the heckler’s veto–call it the “wimp’s veto”. And those who support freedom of speech should call it out for the bullshit that it is.