O’Malley On Hillary: Nothing To Hide? She Can Answer Questions

O’Malley On Hillary: Nothing To Hide? She Can Answer Questions

The Democratic field is widening 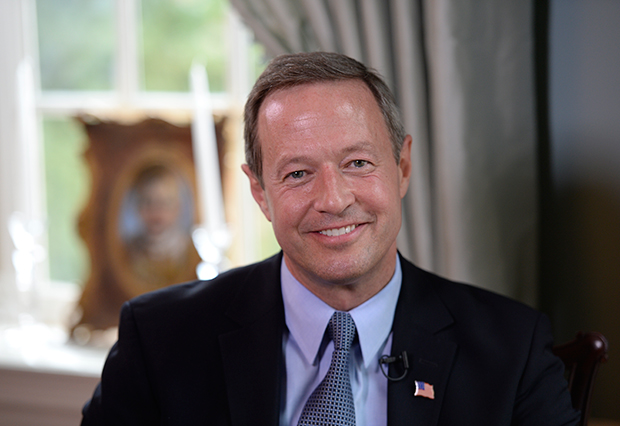 Martin O’Malley has made it pretty clear that he expects to challenge Hillary Clinton for the Democratic nomination for President in 2016. While most of the media is frothing over the Indiana/RFRA issue, O’Malley is quietly going around, giving interviews and meeting with people (and likely donors).

O’Malley represents a challenge from the left for Hillary that doesn’t come with the polarization that accompanies Senator Elizabeth Warren. The Hillary email scandal is not going away as more information drips out every day that contradicts the claims she made in that now famous press conference at the UN.

On Tuesday O’Malley was asked about the email scandal and essentially said if she has nothing to hide than she shouldn’t have an issue talking about it:

These comments come on the heels of comments O’Malley made on Sunday when asked about challenging Hillary Clinton. He said, “…“the presidency of the United States is not some crown to be passed between two families.”

Clearly, O’Malley was also throwing a dart at Jeb Bush with his reference to “two families” but this shows that O’Malley is not concerned about challenging Hillary directly.

How much of a challenge O’Malley can provide to Clinton relies on several factors:

All of this remains to be seen. That said, O’Malley has shown no early signs that he’s all that concerned about taking Hillary head-on.

The Governor of Maryland has one (at least one) insurmountable barrier to being elected President.

The state of Maryland.

Rags – you are quite correct there.
I’m a Maryland resident.
Maryland hated OweMalley and his administration so badly that they replaced his heir-apparent with a Republican. This in a state that is 2/3’s democrats!

However, If you want the rain taxed in 50 states and “assault rifles” banned, OweMalley is your man.

Oh please. I’d be amazed if the Democratic party even has a primary process this time. The convention will part coronation part circus.

I’ve been saying for years that Hillary is an awful candidate who is no shoo-in for the nomination IF she runs, and certainly not the favorite to be elected. And that she may well not run at all.

Too many impertinent questions about her email, her assistants’ outside incomes, foreign donors, etc. And from mere citizens! Don’t these reporters know they are falling for the Communication Stream of Conspiracy Commerce from the Vast Right Wing Conspiracy? Who do they think they are? And don’t they know who she is?

She’d love to be the First Woman President, it’s how she sees herself. But she is unable to do the thing required to get there.

The Daily Caller is reporting that O’Malley has declared that global warming is a natural occurrence, not man made. He’s toast!

Lordy, I cannot believe that my opinion of O’Malley actually took an up-tick. Thanks for the reference MarkS!

(Sadly, O’Malley is still gun-grabber and a tax-and-spend Democrat, so he won’t be getting my vote)