In Chicago, Uber driver shoots back

In Chicago, Uber driver shoots back 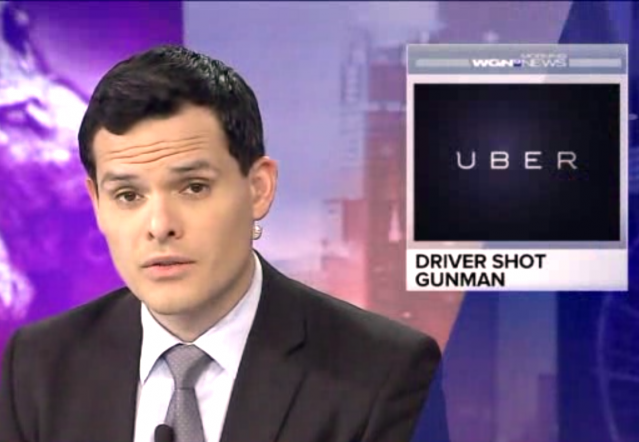 I love stories about armed citizens stepping up to secure the safety of the general public, so naturally this one struck my fancy.

An Uber driver shot and injured a gunman who open fired into a crowd over the weekend.

Authorities say no charges will be filed against an Uber driver who shot and wounded a gunman who opened fire on a crowd of people in Logan Square over the weekend.

The driver had a concealed-carry permit and acted in the defense of himself and others, Assistant State’s Attorney Barry Quinn said in court Sunday.

A group of people had been walking in front of the driver around 11:50 p.m. in the 2900 block of North Milwaukee Avenue when Everardo Custodio, 22, began firing into the crowd, Quinn said.

The driver pulled out a handgun and fired six shots at Custodio, hitting him several times, according to court records. Responding officers found Custodio lying on the ground, bleeding, Quinn said. No other injuries were reported.

Custodio was taken to Advocate Illinois Masonic hospital, where he was treated for gunshot wounds to the shin, thigh and lower back, authorities said.

Custodio, of the 2900 block of North Ridgeway Avenue, was charged with aggravated assault and unlawful use of a weapon charges. He was denied bond during the Sunday court hearing.

Hmmm. Wonder what his immigration status is?

Just kidding, of course! But a guy can dream can’t he??

Another headline: First responder prevents a massacre. Let’s meet them half-way and permit them to indulge in ambiguity.

A reference to first responders is actually the people on the scene, and, in this case, likely one of the intended victims. The same rules of reasonable and rational conduct should apply to authorized and private individuals to act in self-defense of themselves and others in the vicinity.

Awesome. Self-defense is an unalienable human right, which should not be infringed for light and political causes.

For crissakes, no autoplay videos.

For this act, he’s an ubermensch

The only flaw is that the shooter survived.

Why wasn’t he charged with attempted murder?

“Custodio, of the 2900 block of North Ridgeway Avenue, was charged with aggravated assault and unlawful use of a weapon charges. He was denied bond during the Sunday court hearing.”