And Carly Fiorina is set to officially enter the race 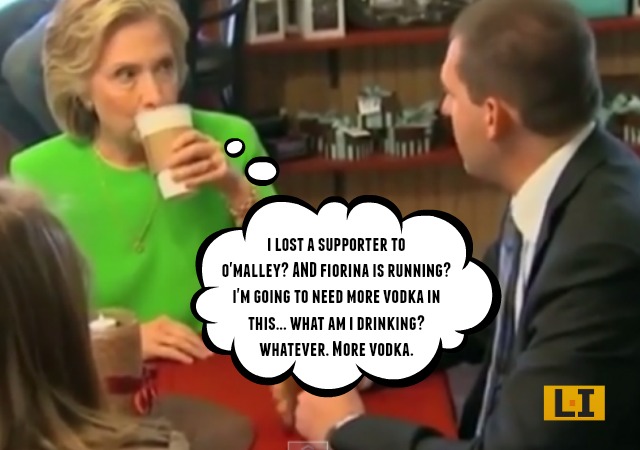 According to The Hill, one of Hillary Clinton’s longstanding supporters has defected to Governor Martin O’Malley.

To say that Diaz is excited about a potential O’Malley run is probably an understatement. Diaz told the Miami Herald, “He’s not running yet, but I’ll tell you, if he does run, I will endorse him. He’s an old friend, and I’m very loyal to old friends.”

Diaz praised O’Malley’s work as Baltimore mayor and noted he visited him when he first got elected in Miami. Diaz ended up using Baltimore’s 311 call system as a model for his own city.

“He’s very data-driven, results-oriented, ‘let’s see how we’re doing, let’s measure ourselves,'” Diaz said. Plus, he has a soft spot in his heart for executives: In 2008, as head of the U.S. Conference of Mayors, Diaz said he met separately with Clinton and Barack Obama and urged them to run as “mayor of the United States.”

“When you look at what mayors do, and in this case what governor’s do — and he’s been both, so he’s actually run something,” Diaz said. “He’s run two governments.”

Diaz donated $2,300 to Clinton’s 2008 presidential campaign, according to The Hill.

To make matters worse for Hillary, a source close to Carly Fiorina indicated this afternoon that she’ll officially launch her presidential campaign May 4.

The Wall Street Journal reported this that the former HP Exec and California resident will kick off her White House bid May 4 online, followed by a conference call for national press.

Fiorina has been vocal in her opposition of Hillary Clinton. Likely to be the only woman in the GOP 2016 field, Fiorina would be a counter-weight to the sexist preferential treatment given to Mrs. Clinton; a role Fiorina welcomes.

“When you look at what mayors do, and in this case what governor’s do — and he’s been both, so he’s actually run something,” Diaz said. “He’s run two governments.”

I’m a Maryland resident and believe me you don’t want O’Malley to do for the country what he did to our state!

But do we prefer O’Malley to be the Dem candidate over Hillary? I think so .. but it is really hard to estimate the Hillary power in money and media power.

While media is turning on Billary to some extent now, if she survives, the MSM will claim she is fully vetted. Granting uranium mining domination to Russia for millions to her charity (which uses maybe 15% for actual charity, and is mostly, it seems, a campaign and party vehicle) is a vast right wing conspiracy, not treason. They will unite around her and refuse to discuss the “old news”.

Of course the MSM will unite around any Dem, delivering a few billion in free campaign promotions, but the LIV might just accept Billary’s little flaws rather than elect a Republican. The hate has been ratcheted up for seven years.

Gov. Edwards finally went to prison, but they kept electing the old guy, even knowing he was crooked. It’s a strange and perverse relationship the LIV has with their starlets.

I am also a MD resident. I’d be more worried about an O’Malley run than a Clinton run. I don’t think the Clinton machine is anything to write home about. I’ve said before that I don’t think her campaign will get any better than what we’ve seen so far. Also, this book coming out can de-rail her for good.
As far as O’Malley, he could be an Obama-type candidate and those of us who scoffed at the 2006 announcement by Obama that he was running for president can easily scoff at a doofus Tammany Hall candidate like O’Malley running but I believe he is more electable than Clinton mostly because of the baggage.
I like Carley Fiorina and I hope she enters. She seems to be saying all the right things about the insider/corruption/arrogance of Clinton. She could stir things up. I may not support her in the primaries though because I like Walker/Cruz but Fiorina as VP….???

+1 While Anthony Brown tried to phone in the governor’s race and lost there was very little love lost for O’Malley. As for mayor, Baltimore is on the list for being the next Detroit thanks to the likes of O’Malley.
The problem for Clinton is that if she points to Maryland’s problems under O’Malley she’ll have to throw his progressive policies under the bus (where they belong) but that’ll piss off the left wing base. They don’t want to hear about how bad their policies turn out in reality.

Somebody got in a fight with a highlighter…and lost.