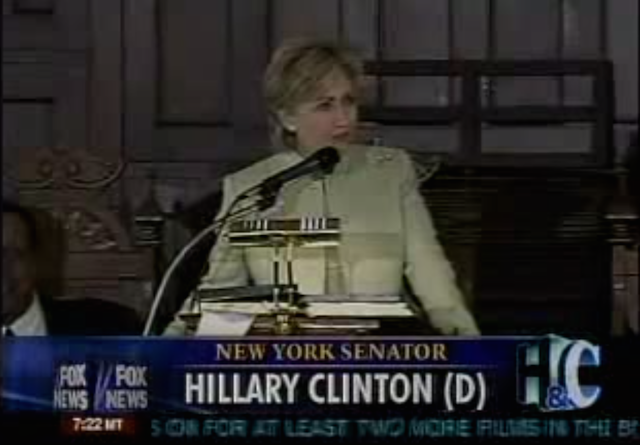 Normally, we like to focus on the “important issues” facing our candidates—the sorts of things that can really make or break a candidacy like policy, polling numbers, or debate prowess (or lack thereof.)

Too often we get wrapped up in the things that actually matter and forget to enjoy the human circus that parades before us for years before the polls finally open, bringing an end to our long national nightmare. Sometimes the best stories are the ones that come about as candidates try—sometimes insultingly, sometimes hilariously—to fit in with voters in different parts of the country.

Back in 2007, Hillary Clinton made a campaign stop in Selma, Alabama, and faked what would become the southern accent heard ’round the world:

It wouldn’t be so sad if she hadn’t lived in Arkansas for two decades.

At home, liberals used science to explain away the awkward. Overseas, the Guardian looked on from afar, and tried to salvage the remains:

Out on the campaign trail, Hillary Clinton is having a bit of difficulty with her accent, which becomes, critics say, alarmingly Southern in front of Southern audiences, particularly in front of African-American audiences, to the extent that pundits are calling it her “black-cent” and accusing her of patronising her audience.

Whether the precise accent she puts on could be described as “black” seems slightly beside the point – not all black people speak with Southern accents; Barack Obama doesn’t – and the criticism in the letters pages of American newspapers is largely of the “if I were an African-American, I would be insulted” variety.

No. Just stop. It was fake, it was awful, and you will laugh at it!

The 2 year-long stupid human trick that is a presidential campaign will never reach the finish line unscathed—which is fortunate for us as political bloggers, considering the majority of us already need a break from the insanity that is the 2016 cycle.

So, Hillary is all set to play the “It’s my turn and I’m a woman and anything you say about me is misogyny” canards….. so how about tossing her under a bus she doesn’t see coming?

One of the things that always bugged me about the 2000 campaign was how much debt Clinton had when the whole thing was done. She was pretty much a Class A Deadbeat, and I seem to recall that Obama had to pay off some of her debt to get Bill’s endorsement.

Supposedly, Clinton had all the money locked up in 2000, but she couldn’t pay her bills when she finally bowed out. If you want a subject that resonates with voters – point out how much cash she rakes in from her speaking fees and advances on non-existent book sales and the money raked in by the Clinton Foundation…. and she can’t pay her bills.

As a Buckeye who was previously forced to live in Montgomery, that is nowhere near a Selma accent; sounds more Texan. A true Selma accent makes you scratch your head and say, “what’d they just say, was that English?”

Hillary is Chicago born & raised and now is from New York City!

Bless her heart, she’s a trying to sound intelligent.

Maybe she shouldn’t have hired Jim Nabors as her vocal coach.

That is NOT a fake “Southern” accent. It was her fake Southern black accent.

The line she is quoting is from an old Gospel song by Rev. James Cleveland in the ’70s: https://youtu.be/7QKTTfmkPo4

Call it what it is. She’s mimicking a black voice – now, if a Republican had done that, they would have been crucified.