“Nancy Pelosi will not lead us back into the majority.” 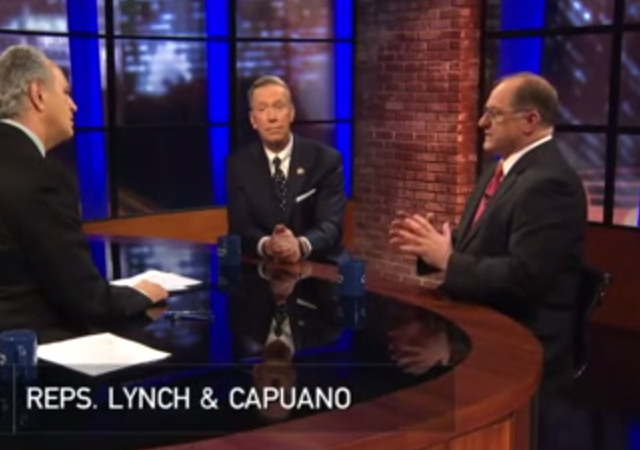 Now that Harry Reid has announced his retirement, some Democrats think it’s time for Pelosi to do the same.

Two congressmen from Massachusetts are leading the charge.

A couple of Massachusetts congressmen suggested Minority Leader Nancy Pelosi’s (D., Calif.) efforts in the House are not working, with Democrats losing seats in the lower chamber at historic levels.

“Nancy Pelosi will not lead us back to the majority,” Rep. Steve Lynch (D., Mass.) said.

With such overwhelming odds against them, it would be difficult to find a political expert who believes the Democrats could regain control of the House in 2016.

“I think we need leadership that understands if something you are doing is not working, change what you are doing,” Rep. Michael Capuano (D., Mass.), her former transition chief, said.

John Fund of National Review addressed the issue on Friday as well:

With Harry Reid Gone, Why Is Nancy Pelosi Hanging On?

Most Democrats serving in Congress have never known any party leaders other than Harry Reid in the Senate and Nancy Pelosi in the House. Both were elected to lead their party after the 2002 election and then helped it come to power in their respective chambers in the anti-Bush wave election of 2006. But now both are 75 years old, and each is in charge of a clearly minority caucus. More and more Democrats believe the two leaders helped create that minority status.

Harry Reid has decided to call it quits and retire, with many of his colleagues breathing a non-public sigh of relief. But Nancy Pelosi doesn’t look like she is budging, and some of the criticism of her “San Francisco Democrat” style is going public. Many on Capitol Hill viewed both figures as representing a relentless aggressiveness that is out of favor with a public exhausted by Beltway squabbling.

Pelosi seems to enjoy her leadership role. I’ll be amazed if she steps down.

Nancy Puglosi will have to be carried out feet first before she will leave the House. How else could she make a huge pile of cash off of her crony capitalist con jobs?

Does Crazy Nanny have a sister who could beat the dog-snot outa her like Dirty, Filthy Harry’s bother did him?

As to these Deemocrats…kinda late to the ball, aren’t you? We’ve been saying this for YEARS…!!!

Hey donkey party members! Just join the GOP. It’s not much different than where you are now (as long as you stay away from the tea partiers). Plus, John the Weeper is better looking than Nanzi Peelousy.

The country has gone through the worst economic times during my lifetime, and now 7 years later, they’re realizing their priorities didn’t help them? Or us?

What useless representatives. What heartless cads.

You’re from California. Do the easy thing, Nancy. Retire from politics and pick up some entertainment gigs. The Walking Dead would seem a good place to try.

They already have a bitchy woman former congressman, though.

I don’t think she’d make a very good zombie, either. The skin on her head has been stretched so tightly so often that bullets and baseball bats would bounce right off.

They don’t need her to retire, they just want her out of leadership. She lucked out when bad news from Iraq gave the Democrats back the House, but she was not an effective leader. Her only real success as leader was ObamaCare, nothing to brag about.

And they are right that she won’t take them back to the majority, but that will be a tough call for anyone in the foreseeable future. The Democrats aren’t desperate to sign up illegals as citizens and voters because the trends favor them, it’s because of the opposite.

The time is right, then, for a palace coup: she is weakened, and unlikely to regain enough strength to retaliate against them.