“There’s no shame in it,” they say 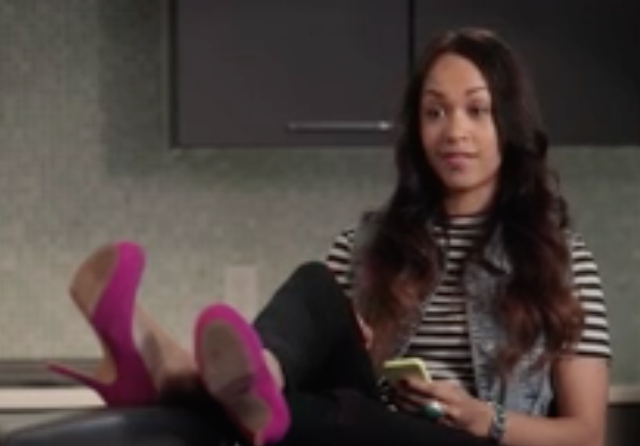 Late last month, the internet descended into justified outrage over the launch of a “spa-like” abortion clinic located in Friendship Heights, just outside of Washington, D.C. Carafem’s approach to the business of abortion is made clear in one of their many flippant, casual slogans: Abortion. Yeah, we do that.

In my head, I always follow it up with, You got a PROBLEM with that? Yes, yes I do.

The clinic’s founders are loud and proud about what they do, and they want to make sure that their patients feel comfortable with their choice to end the life of the tiny human incubating peacefully within. Carafem’s new ad campaign, however, goes one step further, and challenges the existence itself of rightful opposition to abortion.

It’s clever, really. The judgment of middle class America vs. the right of a woman to choose abortion. Not only does the ad shame today’s pro-life community, it compares today’s debate on abortion with the 60’s- and 70’s-era debates over things that are perfectly mainstream today, like contraception and the working mom.

A few years ago, Stephen Crowder put out a great parody ad nailing the abortion industry over their efforts to normalize their services. He compared their tactics to those of a used car salesmen—and he was absolutely right. This ad, although slick and polished-looking, uses the same strategy.

Some Conservatives were offended at that video 6 years ago. You should be. Because killing a baby and sucking it down a tube is offensive. But if you compare the two videos, mine, which was designed as over-the-top satire, is now actually quite tame compared to the real thing. Abortion clinics are now calling themselves “spas” and putting out comedy commercials. That’s how far we’ve come.

Conservatives need to address this head-on, and stop playing nice. Stop being polite, stop fading into the night in the name of “civility.” Get angry, get loud, get offensive and go save some damn babies.

This is the war. “Feminism” isn’t going to let abortion go without a fight, and the strategy they’re using isn’t one that depends on the country’s acceptance of abortion or feminism itself. All they need to do is convince enough people that those who oppose abortion are doing so from a place of judgment and snark, and not a place of wanting to save lives.

The scariest part? It’ll work, unless conservatives fight tooth and nail against this message. Right now.

Scenes of unborn children in their mother’s wombs (there are LOTS of those, beautiful, high-def)

Close: You do THAT? That is NOT OK.

Amy, it isn’t murder. That word has a definition, and abortion isn’t it.

It sure is homicide, however.

But an abortion clinic is NOT a “spa” either. More correctly “death house”, since “abattoir” is beyond the vocabulary of most Millennials.

I think introduction to the meaning of the word “abattoir” is entirely appropriate education for our dear Millennials. You could nearly use the same commercial, with slight adjustments to the lines.

I’d use anything that tested well to the target market!

Because it has been legalized?

Excused for reason of temporary insanity?

Because a human life/person is selectively recognized (e.g. spontaneous conception or “viability”)?

I’m so glad that I don’t have to rationalize the pseudo-science or logical play with a political myth.

Note: This is not directed at you. You clearly recognize that elective abortion is a wicked solution to a “wicked problem”.

Ragspierre, I’m no lawyer but I think that accepting the premise that an unborn baby is a person the elements of murder could be satisfied in your typical abortion. Certainly the mom and abortion workers act with premeditation.

Murder is a homicide without legal justification, broadly.

You needn’t open that can of worms, and we shouldn’t use words loosely, especially those that are highly charged. If you convince some people this is murder, they will conclude they are justified in even violent behavior to prevent it.

Homicide is accurate and measured. It’s the right term for us to use, both legally and as a matter of persuasion.

Even the Chinese Communists, as amoral as they are, do not have a pro-choice or “selective-child” policy. Western civilization can do better than merely compensate (e.g. immigration) for this wicked solution.

Carafem’s logo looks like a pair of child’s scissors. Is that intentional?

Wow, you really haven’t heard about gender selection bias in China? I mean, no, it’s not government policy, the culture demands it in spite of whatever the policy may say on paper. I’m just surprised you seem unaware of it .

Sorry, that was meant for n.n.

I am well aware of Chinese culture’s gender preference. However, my observation is that they did not normalize or promote abortion policy until after the first child. Whereas liberal societies have not only normalized the practice selectively, but corrupted morality and science in order to establish and promote a political and social myth.

Conservatives can’t fight, attack, or go after this type of message.

I expect conservatives to say next to nothing, or nothing at all. It’s really sad that society has been devolved into playing politics with the life of a baby, but here we are.

We think you’re wrong. Fight. That’s the only way to win.

In 1598, Shakespeare addressed this in “The Merchant of Venice”: “Take your pound of flesh, but not one drop of blood”.

I am all in favor of a woman controlling her own body, but not someone else’s body.

And I remember when the mantra of the death squad was that “abortion should be safe, legal, and rare.” “Slippery slope? How ridiculous!”

How far and how quickly we’ve slid down that slope. I’m pretty hard to shock, but these ads have managed to accomplish do the trick.

The debasement of human life has been insidious and effective through appeals to emotion and ego, and provision of secular opiates (i.e. material incentives).

It’s also worth noting how they have managed to compensate for the massive loss of human life in order to suppress recognition of this wicked solution. In liberal societies, they prefer immigration and indoctrination. In China, they prefer emigration and colonization.