The Arrogance of Hillary Clinton

The Arrogance of Hillary Clinton

Bill Whittle sounds off on emailgate. 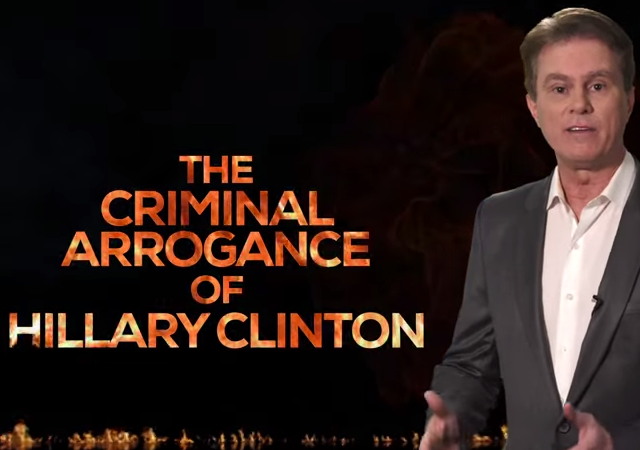 The story of Hillary Clinton’s email server is already getting lost in spin and talking points. It’s easy to forget the fundamental fact at the center of the issue. Hilary Clinton violated the law.

Bill Whittle gets right to the heart of it in the new edition of Firewall and frankly calls it criminal.

Hillary Rodham Clinton decided to conduct, for four years, the office of Secretary of State using her own private email server. Because these emails were not transacted and recorded through the official State Department servers, Mrs. Clinton “willfully concealed and removed” these critical documents from the records and archives of the United States Government. You can further argue that by electing to not have these records placed onto government servers – which are secure, routinely backed up, and most importantly subject to Freedom Of Information Act requests, that she has, by any reasonable interpretation, “mutilated, obliterated and destroyed” these essential records, which belong not to Hillary Rodham Clinton but rather to the Secretary of State of the United States of America, and her employers, the people of that nation.

The penalty for this is a fine or up to three years imprisonment, or both. That’s paragraph (a) of the law.

Judge Andrew Napolitano of FOX News has been outspoken about the legal aspects of this from the beginning. He recently wrote:

Hillary Clinton: What if former secretary of state will never respect our laws?

What if Hillary Clinton’s emails were hacked by foreign agents when she was the secretary of state? What if persons claiming to have done so are boasting about their alleged feats on Internet websites and in chat rooms traditionally associated with illegal or undercover activities? What if this is the sore underbelly of an arrogant and lawless secretary of state who used her power to exempt herself from laws that govern executive branch employees and didn’t care about national security?

What if the law required Clinton to swear under oath on her first day as secretary of state that she would comply with all laws governing the use of federal records? What if the principal governing law — the Federal Records Act of 1950 — makes it clear that when you work for the feds all the records you receive and generate belong to the government and you cannot lawfully conceal them from the government?

Democrats and the media can’t spin the law.

When I saw that last week, I thought that would make a great closing argument for a prosecutor in Ol’ Walleye’s trial.

And it kinda does…

Democrats and the media can’t spin the law.

Spin the law is what they do everyday.

What they can’t do is deny the law.

Sorry guys, I want Hillary Clinton to be the nominee. The Democrats didn’t run her the last time, because they were scared she’d lose, and so they went looking for a sock puppet, and really found something else.

Do you really want to see what happens when they run something else, again?

I’m looking forward to the primaries by both parties but especially the democrats when they have their candidate slate pretty much set. It’s going to be more like feeding time at a shark tank with Hillary’s democrat party opponents eating their own to show an iota of difference between them in the run up to the convention. Joe Biden should be good for dropping several unexpected tidbits; Perhaps enough brain-farts to sink both their campaigns.

I still remember the uproar in the media because president Bush was driving a pickup truck without a seat belt within his own private ranch, something that is NOT against the law.

Oh!
But Her Majesty Hitlary is above the law.

Would that we have an MSM that actually cared about talking truth to power.

There should be an outburst of news articles and outraged editorials based on exactly the mutilation of law that Bill Whittle describes, at that level of reason and detail. There has been none – measured by the level of Abu Ghraib’s media circus – and there won’t be one under the current media controllers.

But they’re too busy preparing for the next two years of hiding such Constitution-shredding by Democrats, and of launching world-class attacks on any and all non-Democrat candidates for the 2016 election.

Obama can screw her royally with a pardon