Unloading blame in all the wrong places 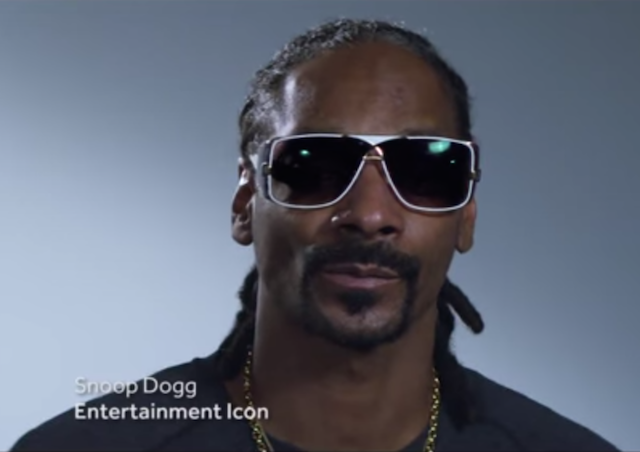 “Is your 401k retirement plan invested in public gun companies?” The “Unload your 401k” campaign wants to know.

Their website is full of scare stats: did you know that almost $2 billion of investor money is partially buried in three gun companies? That number is followed by statistics highlighting gunshot wounds, the cost of gun violence, and even a nod to Columbine.

The Unload your 401k backers are ramping up the effort to get investor money out of the gun industry, and they’re using celebrities to do it. Watch:

Snoop Dogg might seem like an unusual choice as an anti-gun advocate. He once exalted gun violence through songs like “Bang Out” about gangsters. In 2006 he was charged with felony gun possession. And in the 1990s he was tried — and acquitted — of murder charges.

But Snoop Dogg has changed his tune. Last year, he released a song called “No Guns Allowed,” which he produced with Drake and his daughter Cori B. (The B stands for Broadus.) The song contained references to the massacres at Sandy Hook Elementary and Columbine High School.

“Snoop actually came to us,” said Jennifer Fiore, spokeswoman for Campaign to Unload. “We’re really glad to have him as part of this. It’s helping bring awareness to a lot of people who have no idea of the economic power they have to affect this debate on gun violence.”

Fiore insists that her organization is not anti-gun and she has no problem with individual gun ownership.

“This is about the corporate gun lobby, not law-abiding gun owners,” she said.

The “Campaign to Unload” explains what this is all about:

The horrific mass murder at Sandy Hook Elementary School in Newtown, Connecticut was a wake-up call for our nation, and underscored a growing epidemic of gun violence that threatens every American.

In the weeks following this tragedy, New York City Public Advocate Bill de Blasio and elected officials across the country launched a national divestment campaign to urge hedge funds and money managers to divest from the manufacturers of assault weapons and high-capacity ammo clips. Gun violence prevention advocates from across the country joined this effort, making phone calls, sending letters, and leading protests at the offices of the nation’s largest gun investors.

The divestment campaign has quickly proven that public pressure can be a game-changer. Since first launching the divestment campaign against manufacturers of assault weapons and high-capacity ammo clips, ten hedge funds and money managers have completely divested their gun holdings, valued at $170 million. Twelve more firms have scaled back their gun investments by 5.7 million shares—25 percent of their holdings.

They even include a handy graphic representing everyone involved:

I’m a firm believer in respecting others’ lines in the sand. I wouldn’t want my money invested in a way that, say, enabled abortion providers to carry on with their butchery; so if there are pacifists or anti-gun individuals out there who choose not to invest their money in Smith & Wesson, I’m going to respect that choice.

The point is that we’re still using tragedies like Sandy Hook and Columbine to blame the guns and their creators, and not the creators of the increasingly dangerous and unstable society that we’re stuck living in.

Not unlike the criminals they claim to abhor, progressives choose the easy target every time.

Fiore insists that her organization is not anti-gun and she has no problem with individual gun ownership.

“This is about the corporate gun lobby, not law-abiding gun owners,” she said.

Tee hee! That’s adorable that she thinks we’d believe that.

But that her group is offering ethical investment advice by a drug-using thug convicted of gun possession by a felon is just the icing on the cake.

No, no wait. Here’s the chocolate sprinkles on the icing on the cake:

Isn’t that like someone saying they’re “anti-Zionist” not anti-Semitic? At best, a distinction without a difference.

I’ll recommend to people that we all watch for great buys in arms companies.

Is that a bad sleeping pill for the last century?

At first, disbelief. Then, a belly laugh.

Snoop dogg.. oh excuse me. Snoop LION like his criminal colleagues have everything to gain from the law abiding populace being disarmed. Eh. He will fade into obscurity like prince. Oh I’m sorry.. the artist formerly known as prince.

The leading causes of anthropogenic mortality are planning and choice.

If they want so badly to be rid of their “evil corporate gun lobby stocks”, they are welcome to donate them to me. I’m more than happy to relieve them of their “burden”. 😉

Sigh…. i am afraid my decision to boycott his music and performances is not going to have much of an effect considering I have no idea what he is.

Well, when your personal boogeyman is an inanimate object like a gun, I suppose it’d make sense for you to take investment advice from some guy named “Snoop” ~

What’s that? A convicted felon is anti-gun? How unusual!

But he is Democrat. How usual!

The Rule of Unintentional Irony states that there is an 50% chance that within the next week, Snoop will wind up shooting somebody either by accident or in self-defense.

At which point the media will go into Collective Ostrich Mode and bury their heads in the sand.
/sarc

It only makes me wonder what sort of bad plea deal did Snoop fall for that he has to do PSA stuff like this.

I would guess his SAT score reads in calibers.