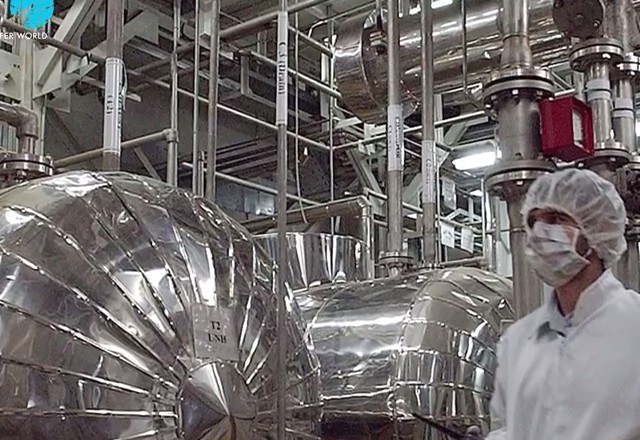 The nuclear negotiations between the West and Iran may have reached an impasse over the timing of Iran getting relief from sanctions.

This is how The Guardian broke down the differences between the United States and the French on Friday:

Diplomats say the French foreign minister, Laurent Fabius, telephoned the French delegation in Lausanne to ensure it did not make further concessions, and to insist that the bulk of UN sanctions could only be lifted if Iran gave a full explanation of evidence suggesting it may have done development work on nuclear warhead design in the past.  …

The US offer on sanctions is to lift UN sanctions in layers in return each “irreversible” step Iran makes to scale down and limit its nuclear programme. There would be mechanisms in place by which sanctions would “spring back” if Iran violated the agreement, without the need for consensus in the UN security council. It is broadly supported by the UK and Germany, while Russia and China, the other members of the six-nation group, would offer more generous terms.

Tehran is reluctant to accept sanctions relief based on milestones, but diplomats say the French position would be a complete deal-breaker. They say the Iranians would be very unlikely to admit past weapons work, which if revealed would demonstrate that the country’s supreme leader, Ali Khamenei, had misled the world. Better, US diplomats argue, to focus on limiting the current Iranian programme and worry about allegations about the past a few years down the road.

Focus on the current issues and leave the allegations for the future? Are they crazy?

Let’s take a couple of paragraphs from United Nations Security Council Resolution 1696, which was passed in July 2006 and was the first of six resolutions passed against Iran for its violations of the Nuclear Nonproliferation treaty.

“Noting with serious concern that the IAEA Director General’s report of 27 February 2006 (GOV/2006/15) lists a number of outstanding issues and concerns on Iran’s nuclear programme, including topics which could have a military nuclear dimension, and that the IAEA is unable to conclude that there are no undeclared nuclear materials or activities in Iran,

“Noting with serious concern the IAEA Director General’s report of 28 April 2006 (GOV/2006/27) and its findings, including that, after more than three years of Agency efforts to seek clarity about all aspects of Iran’s nuclear programme, the existing gaps in knowledge continue to be a matter of concern, and that the IAEA is unable to make progress in its efforts to provide assurances about the absence of undeclared nuclear material and activities in Iran,

Resolution 1696 gave Iran one month to halt uranium enrichment and come clean about its past nuclear activities, or face sanctions. It took the Security Council nearly five months before it passed resolution 1737 and actually imposed sanctions on Iran. Even now in 2015 those outstanding issues have not been addressed.

The Director General of the International Atomic Energy Agency (IAEA), Yukio Amano, said at the end of January (and 14 months after Iran had committed to explaining its past nuclear work in the Joint Plan of Actions):

As far as Iran is concerned, the Agency is able to verify the non-diversion of nuclear material declared to us by Iran under its Safeguards Agreement.

(Amano repeated himself earlier this month.)

So yes, it’s true that according to the IAEA, Iran has been behaving itself with regards to its known program; and though it has reduced its stockpiles of 20% enriched uranium, it hasn’t shutdown or dismantled a single centrifuge. Iran also hasn’t taken any steps to dismantle its Arak heavy water reactor to a light water reactor; it has only stopped construction of the reactor. In other words, at best, Iran’s nuclear program—which would allow it to produce highly enriched uranium or plutonium (a product of a heavy water reactor) for a nuclear bomb—remains in place. It is currently under the watch of inspectors, but if Iran at some point decided to kick out the inspectors, it would be ready to produce the necessary fuel for a nuclear bomb with nothing to hold them back.

They’re going to build the fissile material for a weapon, the HEU (Highly Enriched Uranium) at a site about which we have no knowledge. …

Our lack of knowledge, our lack of an ability to go to locations where they may be doing these things gives me very little confidence that we know how … as I said … We’re not going to get an agreement that absolutely prevents, we’re going to get an agreement that creates enough space for us to do something between the decision to go and the decision to have.

So yes, there are inspectors at Iran’s known nuclear sites; and these inspectors may or may not be able to prevent Iran from making a dash to a bomb. Even if they are successful in stopping Iran from developing enough fissile material for a bomb at its known sites, they will be unable to detect such a development at one of its hidden sites. Yet the administration’s negotiators believe that these are allegations that can be handled “a few years down the road.”

Sanctions were imposed on Iran, in part due to its hidden nuclear research. Iran promised to clarify aspects of its past nuclear research but has not done so—and the administration tells us that this is nothing to worry about!

Last week in his Nowruz message President Obama said, “Iran’s Supreme Leader Ayatollah Khamenei has issued a fatwa against the development of nuclear weapons, and President Rouhani has said that Iran would never develop a nuclear weapon.” Is that what it comes down to?

There are a lot of things that would make me less skeptical of these negotiations, but perhaps the biggest reason I don’t trust them is because I don’t trust Khamenei. If Khamenei displayed contrition for past Iranian misdeeds, I’d find it easier to swallow this deal.

In response to Obama’s Nowruz message, as Kemberlee blogged yesterday, Khamenei didn’t display corresponding courtesy, but rather called the president a liar and accused him of negotiating in bad faith. Once again Obama’s outstretched hand has been met with a clenched fist, and he insists that we need to trust the same man who keeps on rebuffing him.

Not only has Iran failed to address the suspicions that brought about sanctions in 2006, it has shown no moderation in either word or deed. The West’s concessions in the absence of any corresponding movement by Iran raise concerns that the ongoing negotiations are leading the world towards disaster.

Obama is a patsy, and the Iranians know it.

I am not supposed to be saying “thank God for the French!”

And our diplomacy should not be Harry Kerry!

You would think that Iran would “play nice” when it comes to the U.S.

Right now, they are getting everything that they want. If they just acted civilized, they could probably get a lot of sanctions lifted and get a nuclear weapon. It surprises me even more that Obama is trying to negotiate with a country that is so against him.

Iran will get a nuclear weapon. I never thought it would happen, but it just seems like a matter of “when” not “if”.

” It surprises me even more that Obama is trying to negotiate with a country that is so against him. ”

One cannot take at face value what they say. With those previous surreptitious visits by Jarret and others who knows what protocol was worked out.
Haven’t people learned of the continous lying in English for the infidels and another language for the believers.
And when they say something that will be heard, their masses are warned of the ploy by their imams.

It sounds like Obama is proposing another “Oil for Food” program that will enrich domestic, foreign, and international bureaucrats and sponsors, while buying time for the Iranian regime to move Forward. As with the last program, this one will be marred by corruption and violations, and the consequences will be left to the next administration.

There is no such “fatwa”. It doesn’t exist. And Pres. ScamWOW can’t produce it.

There are cards that haven’t been played! Iran is removed from Israel’s borders. “Two states removed.” Because you’d have to jump either on Jordan or the more unstable syria, then Irak … before you could go over the mountain range and smell the shi’ites.

There was an accident a couple of years ago. And, if I remember correctly, it was the Kurds who helped out. Don’t forget the Kurds cut a wide swath across this area. And, in Irak, the Kurds don’t let any of the arabs in. They’ve put down their own borders and border patrols. They guard large oil wells. And, they are fierce!

What America did was “go in” and kill off Saddam. But the sunnis didn’t get anything out of this. Except for Chilabi, who brought in cargo planes. As he stole massive amounts of antiquities.

Meanwhile, most Americans have come to hate irak, more than they hated vietnam! And, while we no longer have a draft … which caused LBJ to run home. And, hubert humphrey to lose. (While George Romney claimed he was brainwashed), plenty that goes on in politics is forgotten. Only the old people are left to remember.

If I had to guess it’s Bibi who has held his fire! He’s not jumping into this! What’s a good bet? The Mossad pretty much knows what’s going on. And, if STUXNET was a card used in the past, doesn’t mean something else isn’t on the drawing boards. We just don’t know. And, probably neither does obama. Because what Israeli in their right mind would tell these bozos, and obozo, anything?

Half (if not more) of obama’s outrage is knowing he’s been left out of the loop.