…but will the transition be peaceful? 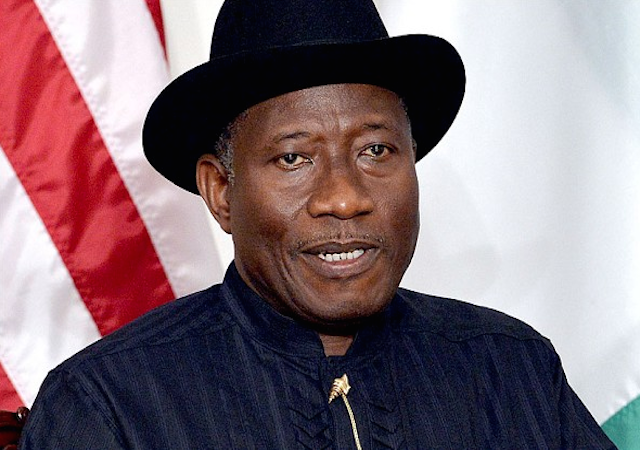 Those of you familiar with Nigeria’s political evolution understand what a huge step this concession is toward getting through the election season; operatives on the ground in Nigeria anticipated violence, and for good reason. Fighting following 2011’s highly-contested elections led to the deaths of over 800 people after allegations surfaced that efforts were made to disenfranchise voters unlikely to support the incumbent regime.

So, a public concession is a huge deal—but it’s not been effective at diffusing all tension:

As the scale of this weekend’s electoral landslide became clear, President Goodluck Jonathan called Buhari on Tuesday to concede defeat to the opposition leader, Buhari’s camp said, an unprecedented step that should help to defuse anger among Jonathan’s supporters.

In the religiously mixed northern city of Kaduna, where 800 people were killed in violence after the last elections in 2011, Buhari supporters streamed onto the streets, waving flags, dancing and singing in celebration.

There was no word from Jonathan himself*. But supporters in the Niger Delta, the defeated president’s home area and the heart of Africa’s biggest oil and gas industry, were despondent.

“Goodluck is a stupid man for conceding, a disappointment for Nigeria,” one waitress in the oil city of Port Harcourt said, throwing a beer bottle top at a fridge.

(*As mentioned above, Jonathan did eventually offer a public concession.)

Jonathan’s concession emphasized the continued push for inclusion in the democratic process. He said, “I promised the country free and fair elections. I have kept my word,” and that “nobody’s ambition is worth the blood of any Nigerian.”

So, Muhammadu Buhari is set to take power.

The former military ruler managed to win more than 25% of votes in 24 states, meaning he avoided the possibility of a run-off with Mr Jonathan.

He dominated the country’s north-western states, which have suffered most from attacks by Islamist militant group Boko Haram.

In Borno state, one of the worst-affected by Islamist violence, Gen Buhari won 94% of the vote.

It is the fourth time that Gen Buhari, 72, has sought the presidency.

He ruled Nigeria from January 1984 until August 1985, taking charge after a military coup in December 1983.

Buhari got mixed reviews when he was in control of Nigeria’s government, but many supporters now claim that he is in the best position to harness the power of coalition forces to defeat Boko Haram.

I’m skeptical that Nigeria will make it through this announcement without violence, but anything is possible. Boko Haram did their best to prevent a fair and free election, and I expect them to take full advantage of any dissension or upheaval.

The regime change is unprecedented—I just hope the new figureheads understand what they’ve gotten themselves into.

Of course they did, dimwit.

The Obama administration worked for this result. Obama is a friend of Boko Haram. Put 1 + 1 together…

Rather, he didn’t the Nigerian Army under Goodluck Jonathan, – and neither did anybody else.

American officials are hesitant to share intelligence with the Nigerian military because they contend it has been infiltrated by Boko Haram, an accusation that has prompted indignation from Nigeria…

…Even before the Nigerians canceled the training program in December, American military officials were stewing when soldiers showed up without proper equipment. Given the nation’s oil wealth, the Americans attributed the deficits to chronic corruption on the part of Nigerian commanders, saying that they had pocketed the money meant for their soldiers.

Chad’s more serious approach to military development and reform has attracted the support of the United States, which now finds serious flaws in its former Nigerian security partner. U.S. training programs and arms sales have broken down in recent years as a result of American concerns with human rights abuses, corruption in the officer corps, infiltration of the Nigerian security forces by Boko Haram and the failure of Nigerian forces to act on U.S.-supplied intelligence (New York Times, January 24, 2015). American concerns with infiltration are not unjustified; a number of senior Nigerian officers have been charged with divulging intelligence to Boko Haram.

The other countrues were acting on their own, because Nigeria’s army was no good.

Gen Buhari was running as a tough guy.

Boko Haram was not put on the terror list by obambi’s state dept.

Obambi refused to supply or help Nigeria in their efforts to fight the terrorist Boko Haram and blocked other western countries from doing so.

The obambi administration in the form of David Axelrod were backing Buhari.

Boko Haram was not put on the terror list by obambi’s state dept.

But this was a general policy by the State Department, to try to avoid adding more names to the list of organizations supporting terrorism.

The reason seems to be that every time there is a war they always want to negotiate, even with the Taliban, but they cannot meet with anyone representing an organization that is on the terror list, so add them only with the greatest reluctance.

Obambi refused to supply or help Nigeria in their efforts to fight the terrorist Boko Haram and blocked other western countries from doing so.

I’m not sure about stopping other countries, but yes, they did not share intelligence. And this happens in other places too.

Partially this is because they always want “negotiations” and are afraid of one side getting too strong – we see that in Syria – or afraid they will start killing people in the regions they liberate – we see that fear also sometimes – but it also here was because they did not trust the Nigerian army, which was corrupt and they suspected was infiltrated by Boko Haram agents.

The obambi administration in the form of David Axelrod were backing Buhari.

Because, Goodluck Jonathan, the president was no good!

No good at what?

Do you think Buhari is more pro Boko Haram than Goodluck Jonathan???

If you do, or at least you think Obama also thinks so, your thesis makes sense, but not otherwise.

Obama was also instrumental in pushing out Maliki in Iraq. DO you believe that was because he was effective in fighting ISIS? Now I do believe the Administration is too concerned about people having support from all ethnic groups.

More BS. Making stuff up as usual. They didn’t put them on the list because that is obambi’s directive. There are not going to be negotiations with them. Just like they cannot name them what they are, muslim terrorists.

It’s not some “general policy” of the state dept. Why the hell does the list exist if a pure terror organization that kidnaps, rapes, beheads, and sales little girls as slaves cannot be put on it?

Just like obambi supports Iran, the worlds largest terror organization, obambi supports Boko Haram, doing everything in his power to stop the former Nigerian president from going after them.

Sammy Finkelstein is not a dimwit. He is a nitwit.

A dimwit has bad DNA. A nitwit has better DNA, but is more of a fool, knowing better than to say some of the stupid things a dimwit might be otherwise forgiven for.

They will kill anybody in their way until they’re stopped.

One of the most important signs of a country maintaining civilization is A) Losers of elections step down and B) Winners of elections don’t proceed to throw them in jail or kill them.

My only worry is that Obama’s team were in Nigeria advising the winner.

Funny I got an email from exPresident Jonathan today. It was asking me to help him transfer some funds.

Before Boko Haram’s atrocities became big news, Obama, Inc. were mewling about how the Christian leader Jonathan was a meanie and would not give ‘poor muslims’ enough participation in government, so Boko Haram was justified in its actions.

Watch now as Boko Haram and other peaceful muslims go all out killing Christians and burning churches and schools in Nigeria.

Islam is a human rights abusive system from its core texts to its actions over the centuries.

Only abortionism and communism can compete with Islam’s death toll.

After having failed to topple Israel, Obama had to console himself with instigating another Nigerian genocide.

Let’s focus on whether the transfer of power after the Nigerian election will be peaceful and ignore all that icky Obama was involved stuff as irrelevant detail, huh?