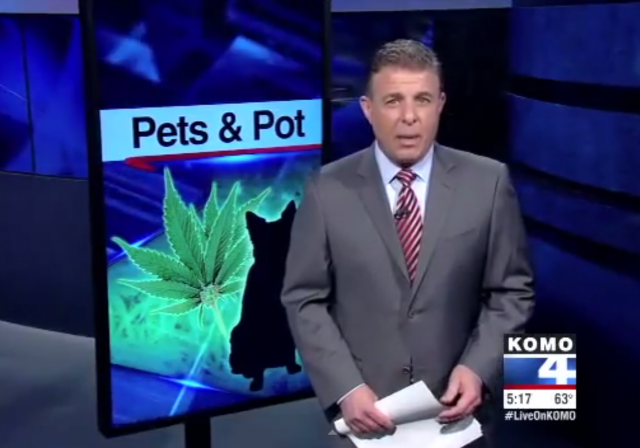 Though the War on Drugs rages on, Nevada pets might be catching a break.

Earlier this week, Democratic Senator Tick Segerblom introduced legislation that would further decriminalize marijuana usage in the state of Nevada. Among SB372’s many provisions is ‘pot for pets.’

Pot for pets would allow pet owners to obtain medicinal marijuana for their ailing fur babies with written veterinarian approval.

According to the Associated Press, Segerblom indicated “he’s concerned that some animals might have adverse reactions, but “you don’t know until you try,” he said.”

Limited use of medicinal marijuana is currently legal for the two-legged variety in twenty-three states.

I’m sitting in my office and my Doritos-loving dog Pita is taking his fourth nap of the day. I had always suspected he uses my computer when I’m not looking. Now I know he has – and what he ordered with it.

Smart dog, though he wins at best maybe 1 of 4 chess games.

But when was the last time he bought you food and set it out for you?

I never said I was smarter than this dog and freely stipulate to his greater intelligence. I met this dog four years ago walking across the street from Lange’s Kountry Kitchen back to my office with my lunch in a bag. He came out of nowhere and snatched the bag, like a freakin’ stray ninja dog on meth or something. Musta been hungry. Been there myself. An hour later I look up and he’s got his nose pressed on my office window. Perhaps it was an example of dog-style trash talk that alongside his nose smear on my window was a mustard smear from my damned hot dogs he ate.

The next day, just as I was about to climb in my truck, I remembered my cell phone inside on my desk. When I come back out, guess who’s sitting in my truck, me having left the door open? Worse yet, every move I made to get him out made him growl, just a little, a subtle suggestion that perhaps our time together was not quite over.

There were a several other similar antics over the next week, including another lunch bag attempt, so I gave up and took him in.

The name Pita is an acronym for Pain In The Ass.

The quality of pet marijuana may not rise to the same level as marijuana for human use. I wonder if this might cause a spike in ER visits.

Naw. It just means that stoners will be keeping one nervous eye on their pets for awhile.

The race for psychoactive drugs has been fronted by Puff the Hallucinating Dragon.

Put the pipe down and back away slowly.