Will Judge O’Connor’s latest ruling against ATF lead to another ammo ban? 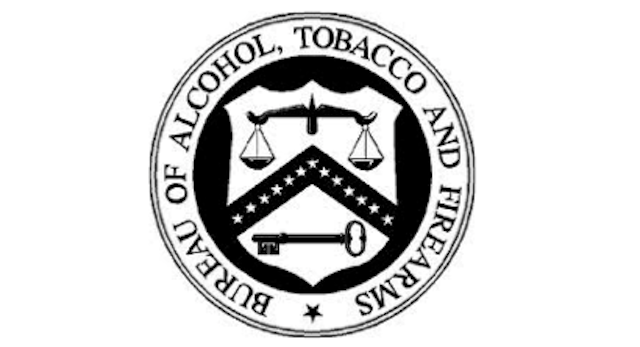 I covered the federal court ruling in Mance v. Holder in some detail last month, and if you haven’t yet had an opportunity to get up to speed on that decision it might be useful to take a moment to click over: Federal Court: Handgun Transfer Ban Unconstitutional. (That post includes the full-length ruling.)

In brief, in Mance v. Holder US District Court Judge Reed O’Connor found that the federal interstate handgun transfer ban was unconstitutional on its face–specifically, the provision that requires an out-of-state handgun purchaser to transfer the handgun through several FFLs before taking possession.

As observed in our earlier post on the subject:

Based on its conclusion that the federal handgun transfer ban was, both facially and as applied to the facts of this case, unconstitutional under both strict scrutiny and intermediate scrutiny, the Court granted the Plaintiff’s motion for Summary Judgment (thus granting them victory without having to go to trial), and enjoined the Defendants (AG Holder and ATF(E) Director Jones) from enforcing those provisions of the federal handgun transfer ban.

As expected the federal government requested a 60-day state of his ruling.

Last week, however, this request was denied by Judge O’Connor, as reported by the Citizens Committee to Keep and Bear Arms:

The government had asked for a 60-day stay in order to decide whether to file an appeal. But Judge O’Connor ruled today that a stay is not warranted because the government could offer no other reasons for its request other than the court’s “inherent authority to manage its docket.”

I wonder what kind of ammo the ATF will  ban in response to Judge O’Connor’s unfavorable ruling this time?

NOTE: In my previous post on victory in Mance v. Holder I gave well-deserved congratulations to Attorney Alan Gura, who is led many of the great 2A victories in federal courts.  I learned today that also key in this case was Texas attorney William B. “Bill” Mateja of Fish & Richardson in Dallas, who also clearly deserves similar congratulations.

So, this ruling gives the Obama administration another opportunity to hit the ‘ignore’ button?

[Reed O’Connor] has made his decision; now let him enforce it.

But there is another, equally or more devastating one…

for the ATFlucker ignore the exemption on the books, it has to present “evidence” in support. NOT conjecture.

It hasn’t. Because it can’t.

The Federal “power to regulate” is more an “Obligation to regulate”. The difference is in the era specific definition.

Regulate used to mean “encourage or make work properly”. It has come to mean “discourage or prohibit”.

Bit of a switch there, hmmm?

The “progressive” Left has done the same with a whole slew of words, starting with “liberal” and “progress”.

What will they go after next? I’m surprised they didn’t include
5.7×28 but since it’s not as widely used, it wouldn’t provoke as much outrage. They seem to really want to piss us off.

That’s mostly all they CAN do the next two years.

In this case it’s more than trolling. There’s an electioneering purpose; ie, “If you don’t support our armor-piercing handgun ammo ban, you don’t value the lives of our law enforcement officers.”

Another benefit, of course, is that it extends the modern liberal-progressives’ successful strategy of redefining words to suit their agenda — in this case, “core” now means “tip.”

Actually, .30 cal carbine (M1) ammo is a far better bet. Ruger actually built a variety of the Blackhawk chambered for it years ago.

I’d hate to see that happen. I picked up a Bullseye Gun Works M1 Carbine several years ago from an estate sale. It’s a fun little plinker.

When I was a boy, Smith & Wesson sent my dad a revolver for him to test (he was a gun writer, among a lot of other stuff). It was chambered for an experimental round they called the .22 Jet. As I recall, a .357 cartridge necked-down to .22.

It was spectacular to fire at night, because even with a fairly long barrel there was a LOT of unburned powder at the muzzle.

Never went anywhere, as I recall.

Can one of you legal people explain exactly what happened here? Does that mean that a person can buy a gun online and have it shipped directly to his home?

No, it means that you can (theoretically) purchase a handgun from any FFL in any state, regardless of your state of residence, as long as you can pass a NICS check. You would have to appear personally before that FFL to do the 4473 and receive the firearm.

Finding an FFL willing to walk into that bear trap will likely be an entirely different matter.

The requirement to ship FFL to FFL for interstate commerce of a Class 1 firearm would remain since the buyer does not appear before the selling FFL to provide the necessary verification of identity and ability.

“Finding an FFL willing to walk into that bear trap will likely be an entirely different matter.”

Just a second! If a baker can be forced to bake a cake for anyone who walks through the door of his bakery, would not an out-of-state (from the buyer’s perspective) FFL now be denying civil rights by refusing to sell to anyone who walks in with the proper ID and noncriminal background?

Not unless the buyer is gay.

Basically, say you live in DC, and there’s only one FFL there and he charges like $250 for transfers because screw you.
Under the interstate transfer ban, there’s nothing you can do. You have to go through him if you want to buy a handgun from anywhere. Note that these restrictions do not exist for long guns.

With the ban lifted, you can just drive 10 minutes to a Virginia FFL and buy your pistol there.

The fight over the M855 bullet will only be won in Congress of the courts. The M855 round is the US nomenclature for the Belgian SS109 round. One of the criteria for the SS109 round was that it would penetrate .12″ of steel. To do that, the bullet incorporates a steel cap atop the lead bullet and beneath the jacket. Now, the legal definition, as provided in the LEOPA requires that the round have a “core” composed of any one,or a combination, of a variety of metals; one of which is steel. In 1986, the ATF decided that the steel cap, in the M855, constituted a steel “core”, for the purposes of the law, that handguns chambered for the round were available and was, therefor, subject to being banned. However, the ATF further decided that it met the “sporting use” exemption, provided in the law, as the only handguns available for it were single shot weapons whose only credible use was for sport, not defense or attack. And, there was little or no argument against this.

Now fast forward to the 21st century. The world has changed. Now we have a whole family of high capacity pistols which use the .223/5.56x45mm round. These firearms have little true sporting value, as they are not well suited for serious target practice or hunting. They are far better suited for recreation or defense. So, the ATF, for whatever reason, decides to reevaluate the sporting purposes exemption for the M855 round. Based upon the reasoning involved in the initial decision to grant such an exemption, as noted in the letter of explanation provided by the ATF, the round in question no longer qualifies for the exemption. And, their reasoning is very good.

Now, the AR-15 pistol is not going to go away. So, the only way to change the proposed ban is to either change the law in such a way as to allow the sale of the M855 cartridge or to go to court and obtain a ruling which states that the steel penetrator cap [yes, that is what it is called] is not a “core” for the purposes of the definition of an armor piercing round. The M855 may present a good means of clarifying the language of the existing law. In the meantime, the ban on the sale of the bullet, or cartridges incorporating the bullet, will not significantly harm the usefulness of firearms chambered in .223/5.56mm.

The ruling in Mance v Holder is correct. The federal law places an unacceptable burden on purchasers of firearms and is restrains trade unconstitutionally.

“And, their reasoning is very good.”

But…aside from “their reasoning”, the exemption REQUIRES evidence in support of a departure. That is, EVIDENCE that the round has been used against LEOs in pistols.

The ATF reasoning is solid, IF the steel penetrator cap is considered to be a “core”. Also, they do not have to provide any evidence that anyone was ever shot with round, from a pistol, let alone against a LEO. Their published reasoning for rescinding the exemption [remember this bullet has officially been classified as armor piercing for 20 years] is that the availability of pistols, which fire this ammo, has climbed exponentially and that most of said pistols are not limited to, or even effective for target shooting or hunting, i.e.; sporting purposes.

This can be argued against, but it is not yet clear if such arguments will be effective. It all boils down to what definition is decided upon for “core” in the law.

The ATFluckers seem to be backing down.

So now we can watch the EPA try again to ban all ammo that contains lead.

From original 2/12 article (and quoted in this one):

Based on its conclusion that the federal handgun transfer ban was, both facially and as applied to the facts of this case, unconstitutional under both strict scrutiny and intermediate scrutiny, the Court granted the Defendant’s motion for Summary Judgment (thus granting them victory without having to go to trial), and enjoined the Defendants (AG Holder and ATF(E) Director Jones) from enforcing those provisions of the federal handgun transfer ban.

So the Defendants prevailed against the… Defendants. I’m so confused.

As well you should be, with that text. 🙂

Obviously it is the plaintiff’s who won summary judgment against the defendants. Thanks for the heads up, now fixed.