ISIS loses some freedom of movement

ISIS loses some freedom of movement

But its travel plans remain ambitious 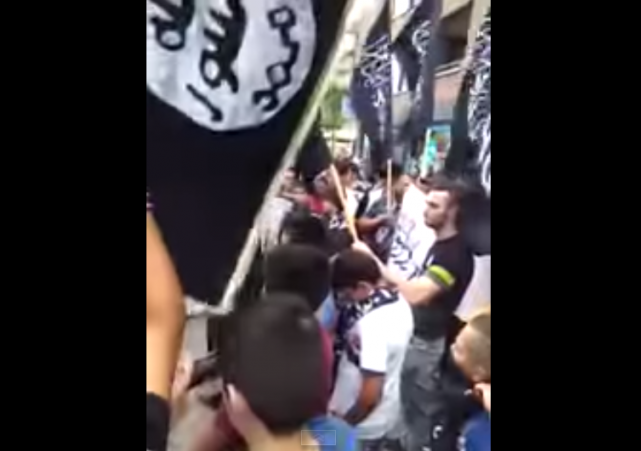 United States officials report that ISIS has lost 25% of the territory it once held. Although it would be good if that were true—and perhaps it is—the announcement sounded a bit hesitant:

…a U.S. assessment…determined that Kurdish fighters are responsible for the majority of the territory retaken from ISIS in northern Iraq.

“We assess ISIL’s front lines have been pushed back in northern and central Iraq,” Pentagon spokesman Col. Steve Warren said at a Pentagon briefing today, referring to the militant group also known as ISIS. “ISIL no longer has complete freedom of movement in roughly 25 percent of populated areas of Iraqi territory where they once operated freely.”…

But he cautioned that the assessment was “not an exact science,” pointing to what he described as the “fluid battleground” inside Iraq.

Note the emphasis on Kurdish fighters. As for Iranians, Warren denies that the US is working with them, although he admits there’s an “alignment of some interest between ourselves and Iran” in fighting ISIS. Note, also, how Warren uses the administration-approved term “ISIL” in referring to the group rather than the more generally used “ISIS.”

However, ISIS would like you to know that it doesn’t consider itself to be on the wane at all. Whether this is mere bravado or not is unknown, but there’s little question that they are describing what they would like to do and that they are making plans to do it. The question is how much they are capable of carrying out, even if only through sporadic and limited but dramatic terrorist acts.

At this point, however, it’s difficult to argue with ISIS’s assessment of the craven nature of the West (that is, what they call “the Crusaders”):

“The Jews and the Crusaders are scared and weak,” said al-Adnani.

The weak and the cowardly cannot achieve victory,” he stressed, emphasizing they were cowards for not declaring their war is against Islam and the Sunnis. He also belittled the West’s effort to kill senior ISIS commanders and fighters, saying death does not concern them and only fuels the fires of jihad…

On the other hand, we – with Allah’s help – want Paris, before Rome and Islamic Iberia and after we blow up the White House, Big Ben, and the Eiffel Tower before Paris, and Rome,” he warned.

Adding to the list of achievements, al-Adnani threatened that ISIS had massive goals. “We want Kabul, Karachi, Riyadh, Tehran, Baghdad, Damascus, Jerusalem, and Cairo, Sana’a, Doha, Abu Dhabi, and Amman. The Muslims will return to power, to be the vanguard and lead in every place.”

This reminds me, strangely enough, of a Leonard Cohen song. A Leonard Cohen song? you ask. Yes, one called “First We Take Manhattan,” written in the late 1980s. Artists sometimes have a sense of where things are going before they go there, and Cohen seems to have understood the general grandiose ISIS impulse way back in the 80s (not the specific Islamic one), before most of its fighters were even born:

Here are the words. A few lines stand out:

Ah you loved me as a loser, but now you’re worried that I just might win
You know the way to stop me, but you don’t have the discipline
How many nights I prayed for this, to let my work begin
First we take Manhattan, then we take Berlin…

That assessment totally IGNORED the gains ISIS made in Africa. They aren’t particularly convincing, either. I’m reading that a lot of reports of our combat effectiveness are inflated.

Plus, Obama… Lies are fundamental.

Last I heard the USA under Obama has done little to nothing to help the Kurds with weapons and other supplies requested by them. Is this still true while at the same time the Obama Administration is trying to take some credit for the Kurds advances?