The EPA has become a bureaucratic Frankenstein Monster. 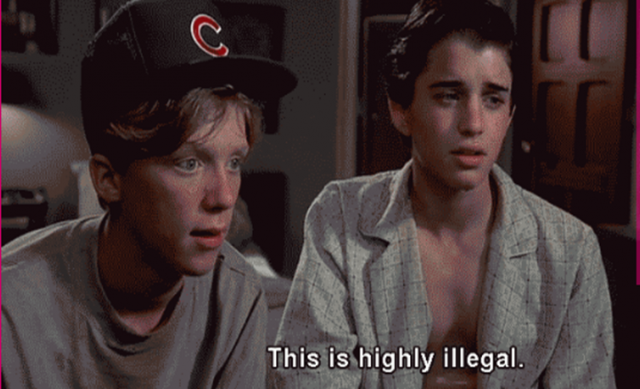 It looks like the “luck of the Irish” continues today.

Last week, I reported the US House of Representatives was poised to vote on H.R. 1030, the Secret Science Reform Act of 2015. The purpose of this legislation is “to prohibit the Environmental Protection Agency from proposing, finalizing, or disseminating regulations or assessments based upon science that is not transparent or reproducible.”

The measure passed, along with another one that would put an additional check on the EPA:

The House has passed two Republican-backed bills that would place new restrictions on the Environmental Protection Agency.

A bill approved Wednesday would require the EPA to disclose scientific data behind proposed regulations, while a measure passed Tuesday would prohibit the agency from appointing registered lobbyists to the EPA’s Science Advisory Board.

Both were approved largely along party lines. The scientific data bill was approved 241-175, while the advisory board measure was approved 236-181.

Republicans said the bills would increase transparency at the EPA and make it more accountable to the public.

“Right now, the EPA is trying to impose harmful regulations based on scientific studies that no one can check — not the public, not independent scientists, not even the United States Congress,’ said House Majority Leader Kevin McCarthy, R-Calif. “It’s called ‘secret science’ and it’s wrong.”

If the EPA or any other agency proposes a rule that adds costs to businesses or infringes on private property, “the people have every right to know why,” McCarthy said.

Of course, Obama is threatening to pull out the pen and veto the measure.

If I recall, the original mission of the EPA was to prevent gross pollution caused by industrial activities. As a reminder, here is what that agency was actually mandated to prevent.

So, I can’t wait until he is forced to explain why Americans’ summer barbeques are now being targeted by the agency.

The Environmental Protection Agency has its eyes on pollution from backyard barbecues.

The agency announced that it is funding a University of California project to limit emissions resulting in grease drippings with a special tray to catch them and a “catalytic” filtration system.

The $15,000 project has the “potential for global application,” said the school.

And I can wait until one of the administrations spokespersons explains why the EPA wants to monitor hotel shower times.

The Environmental Protection Agency (EPA) wants hotels to monitor how much time its guests spend in the shower.

The agency is spending $15,000 to create a wireless system that will track how much water a hotel guest uses to get them to “modify their behavior.”

“Hotels consume a significant amount of water in the U.S. and around the world,” an EPA grant to the University of Tulsa reads. “Most hotels do not monitor individual guest water usage and as a result, millions of gallons of potable water are wasted every year by hotel guests.”

In contrast, the administration is proposing to waste millions of valuable taxpayer dollars in the study — reducing the vacation monies available, so the problem resolves itself.

Average citizens and their personal habits aren’t the only ones targeted by the Frankenstein-like agency, either. Florida and North Carolina regulators just went to Congress to officially pan the EPA’s plan to slash the emissions of “planet-warming gases” from power plants.

North Carolina environmental regulator van Der Vaart told lawmakers Tuesday that he “will not address the scientific uncertainty of the impact human activity and greenhouse gases have on climate.”

He said the EPA’s proposal is illegal and his state should not have to submit a plan to meet the carbon pollution standards until the lawsuits are settled.

“If the EPA wants to transform America’s power system by forcing a round peg into the square hole . . . it should have the prudence to allow the final rule to be reviewed by the courts before requiring states to undertake such a Herculean effort,” van Der Vaart told the House energy subcommittee.

A dozen states are suing to stop the EPA from implementing their plant emissions proposal.

The 1985 classic camp hit, Weird Science, features two high school nerds attempt to create the perfect woman. I assert that that their science is much sounder than that proposed by the EPA.

The other favorite tactic of EPA to avoid public comment and congressional scrutiny is also odious and costly: they encourage environmental groups to sue them over ridiculous claims, to which they then offer to settle.

Few judges would disallow a settlement between parties, so they get a Consent Decree or equivalent court order mandating enforcement of rules they could never put in place through the normal procedures. Public hearings and comments are avoided, and Congress is out of the loop.

That was going on for decades, well before Obama. This is an agency that is determined to return us to the Stone Age if allowed.

Obama will veto it. End of story.

Yes, but Obama will be gone one day. And, in time, everything he has “accomplished” will be vanity for nothing will remain. Even the stench in the White House will eventually dissipate and fresh air will return .

Laurence Tribe had a pithy comment about EPA overreach:

“EPA lacks the statutory and constitutional authority to adopt its plan. ”

But, as usual, the Obama administration is the same: “you and what army are going to stop me”

It’s about dadgum time Congress does something about all these government created alphabets. They’re completely out of hand. I say defund the lot of ’em.

Some of the agencies…EPA being prime…have got to be simply killed.

They have gone past the point of redemption/correction. Things are too screwed up.

The ACA needs to be reviewed and substantially reformed. Congress has to be responsible for the crap it passes. Not the day after passage, but two decades down the road.

I’ve proposed that ALL Federal law should be sun-setted, FORCING the legislature to pass enabling laws or not, individually.

APA. That’s what. The Agency Procedure Act. But the ACA, too. ALLLLLlllll that crap.

What no videos of the Cuyahoga River on fire?
And all those smokestacks belching smoke, and all those jobs people worked at and got paid for working creating that smoke. Wherever did they go?
Smog videos from Beijing.
Then we borrow the money from Beijing to buy the votes from ever more welfare recipients that keep Democratic Congress people in office who will support and vote for additional and more intrusive regulation of our lives by the EPA
Nice little circle ya have there, laddies.

These days they even label steam plumes “smoke” to get their bogus shots.

Aren’t you talking the Administrative Procedures Act for APA?

“The Environmental Protection Agency (EPA) wants hotels to monitor how much time its guests spend in the shower.”

One more law, GOP: Any EPA employee who writes or enforces a rule on shower usage has to take nothing but cold showers as a condition of continued government employment.

And we know where to find the monitor to enforce that.

And it will go and die in the Senate. On the tiny chance it gets through the Senate, Obama will veto it.

Wake me up when Republicans actually achieve something meaningful in DC, can’t remember the last time that’s happened.

You can’t achieve anything meaningful when the other side blocks everything but you can stake out positions and let the voters know what you would do if not blocked at every turn. The voters let Obama know they rejected his agenda last November, now he and the Democrats are sending the public a new message, we don’t care how you vote. The only remedy is in the next presidential and congressional elections in 2016, send another raft of Democrats packing. Meanwhile, Boehner and McConnell need to stop being so weak and to use every weapon they have in the congressional arsenal to overcome the obstruction and to curb the unconstitutional and lawless behavior of the executive branch. For example, holding up not only the Lynch nomination but every presidential appointment requiring Senate approval until executive abuse of power stops.

Worse, are the GOP Frankenpussy monsters destroying our chances of beating back the fascist movement in our nation.

Norman “EPA” Bates wants to know how much time you spend in his motel shower. His mother Earth told him to do this.

The congressional Republican leadership should not approach federal agency over-regulation one regulation at a time. It would be best to approach the entire problem with blanket legislation regarding federal rule making. All federal regulations should require the approval of Congress before they can become effective. Federal regulations are supposed to be limited to administering and interpreting statute laws enacted by Congress, not making new law. A new, narrower, statutory definition on what constitutes new law and what may be regulated needs to be passed. Of course, this president, supported by Senate democrats will veto or obstruct any action of this sort, but the country should know that someone will stand up against outrageous actions by federal agencies.

I am very eager to learn how hotel water is wasted. Silly me, I always thought that after being used it went through a treatment plant and was released back into the ecosphere.

But if it’s being wasted, that must mean that it is not getting back into the eco-cycle. Are we storing it somewhere? Does hotel water not flow into the water streams to be evaporated and turned into rain again? Is there something special about hotel water that keeps it out of natural cycles?

Oh, by the way, be assured that hotel water monitoring is only the first step. They’ll eventually get around to home use.