Grandpa, what did you do to stop Iran building the bomb?

Grandpa, what did you do to stop Iran building the bomb?

Not enough, dear, not enough. 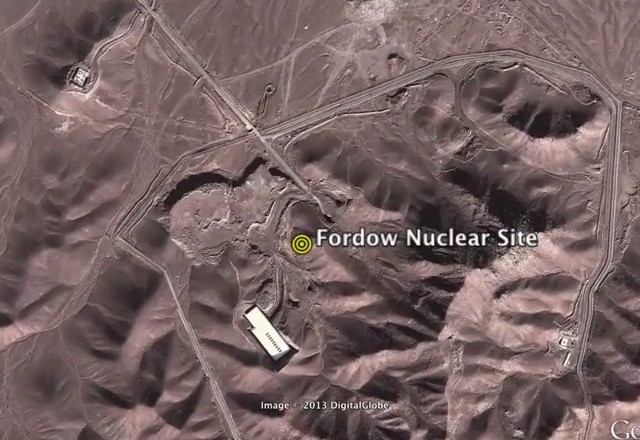 I could imagine such a conversation some decades in the future, if and when I have grandchildren and they are old enough to comprehend the historical mistakes of prior generations.

The deal being discussed does not eliminate Iran’s ability to produce nuclear weapons, it enshrines the process by international agreement so long as Iran does not take the last step.

Recognizing Iran as a Nuclear Threshold State: Implications for Israel and the Middle East:

With shrewd strategic perspective, the Iranian leadership has weighed the long term implications of an agreement with the major powers that constitutes international recognition of Iran’s “right” to be a “nuclear threshold state,” and gives it the ability to break out to a nuclear bomb when it so chooses. Consequently, it seeks an agreement (even if its validity is limited to 10-15 years) that in addition to leaving it with access to its nuclear technology also rewards it with both removal of the sanctions and international recognition of its special status in the Middle East. The status of a threshold state will leave Iran with the possibility of arming itself with nuclear weapons within a short time span, when it decides that conditions enable (or in its view, require) it to break out to military nuclear capability.

Who will act against it at that time when Iran decides the time is right for the breakout?

Whoa Nelly! So, even after dealing with the mythical 12th Imam, we then have to deal with the 13th Imam too.

Jeez, how many mythical Imams are there, really?

All of ’em are mythical.

I would like to see Bibi announce that Israel will provide Saudi Arabia with all the nukes and the rockets to deliver them that are necessary to take out the entire Iranian nuclear program. A neutron bomb and a very dirty small nuke could make Fordow uninhabitable for a thousand years. Bibi could tell Barry that his interference on conventional attack plans has left Israel with no other choice. A few regular nukes and a bunch of EMPs could put Iran back to the Tenth Century. Sorta like sharia will do anyway. It’s time we stop fooling around with these rag heads and introduce them to our real capabilities.

Joint presser with the Israelis, Sauds, and Emirates.

Tell Obama the deal means attacks on Iran until the regime falls.

Never forget that Israel is still enemy number one to all Muslims (It’s in the Koran). Given the opportunity an Islamic country will drop the bomb on Israel.

Uh huh. But “dropping the bomb” requires a delivery system. Or two. (And, Israel has them!) And, I just read a comment on another blog that made lots of sense to me. Israel doesn’t have to take out the hardened sites in iran. All they have to do is eliminate the mullahs with extreme prejudice.

What’s keeping them alive right now? It’s obama who is in a rush. Not the Israelis. And, I’ll also bet that Bibi doesn’t want to engage the white house! Instead?

You see yemen erupting. You see the saudis taking action against iran in yemen. And, Egypt, too, is sending troops into yemen. Libya’s still on fire. No solutions in sight. (And, that, along with syria, are actually french babies.)

So far nothing is threatening the oil supplies. Nobody is closing the suez (which did lead to the 6 Day War, in 1967.)

There’s also nothing new about Obama on the table. Except that everything he touches turns to “merde.” (However the french spell it.)

Oh. And, “off to the side” John McCain let the UN know that if it pushes for a pali state, America will drop funding them.

Obama has a serious smoking problem. And, it’s not just Kool cigarettes.

Grandfather: “Grandson, a better question is ‘What did I do to stop Boehner from being the GOP Squeaker?'”

Grandson: “Why is that, Grandfather?”

Grandfather: “Because if I didn’t tolerate the corrupt coward being GOP Squeaker for the years Obama held high office, none of the horrors you are now living through would have happened.”

Grandson: “Oh. Hey, that reminds me – you’re scheduled for gall bladder surgery tomorrow at the DMV. Should I borrow the neighbor’s rickshaw, or can you walk?”

All of the fuss about President Obama’s inept negotiations with Iran over their nuclear weapons program and Secretary Kerry’s equally weak and ineffective actions in that area don’t matter. When, as and if the government of Israel decides that (1) Iran is building an atomic bomb and (2) the U.S. isn’t going to do anything to stop it then Israel will drop the A-bomb (or six, whatever it takes) on Iran’s nuclear facilities and perhaps on their capital. Period. All the rest is goyem nuchas. Israel would prefer that we do something to actually prevent Iran getting the bomb, but we aren’t going to do anything nearly that sane or prudent. Israel would, most certainly, be the first target of any Iranian atomic bomb capability. So, in Israel where reality and sanity rule, they will bomb Iran. Period. End of discussion. If you don’t want to see Iran nuked, stop them from producing the A-bomb. Otherwise? Get some really dark glasses and popcorn. Idiots.

Kerry may have the excuse of being a fool on the scale of Hillary Clinton, but President Jarrett and Junior President Obama are calculating traitors.

It wouldn’t surprise me if our black messiah ordered that we give our nuclear design plans to Iran. Nothing surprises me anymore.

“Grandpa, what did you do to stop Iran building the bomb?”

Well, unlike Obama, I wasn’t shoveling sh*t in Washington DC.

Obama is of the Leftist thinking that Iran with a bomb is fair if we and Israel have them.