Begging is not very becoming. 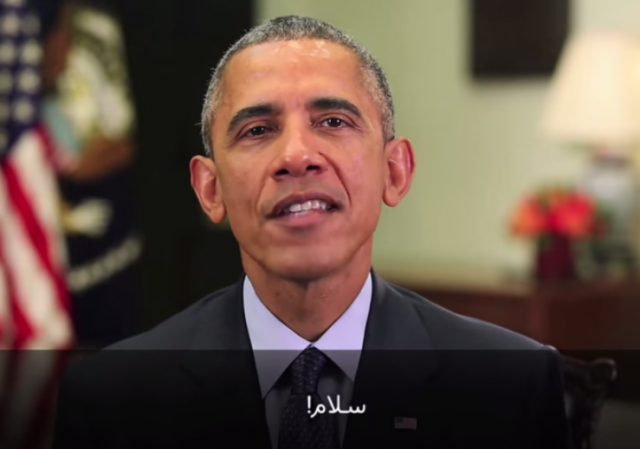 Pretty please. With sugar on top. And a Cherry.

A lot of Persians who yearn to be free of the Iraian police state have been crying since 2009 when Barracula sucked his teeth for weeks while they bled in their streets.

Compare and contrast with “the Arab Spring”.

That should make you weep.

That’s true, and I’m not going to pretend to have anything but a very cursory knowledge of Iran, but I’ve been told that the freedom-minded Persians are still nationalist and would very much like to keep the bomb if it’s produced.
In the meantime, btw, the Saudis are looking for… Putie to help them curb Iranian influences:
http://www.wnd.com/2015/03/another-scorned-u-s-ally-turns-to-russia/#78kTPz4L5DK7K1Q2.99
Smart diplomacy!

For the first time in my adult life I have been ashamed of my country.

It was in February. That was about Obama’s policy toward Ukraine (not willing to supply them with weapons to defend themselves against Russia:

Mccain: “Ukrainians aren’t asking for American boots on the ground. That’s not the question here. They’re asking for weapons to defend themselves. And they are being slaughtered. And their own military’s being shattered.

[the U.S. should give the Ukrainian military] “weapons with which to defend themselves. There are Russian tanks in eastern Ukraine that they have no weapon to fight against. Some of the best Russian special forces are there. And they will continue this aggression for as long as they can get away with it. And it’s not just the military side [but Ukraine also is on the verge of collapse economically]

“Vladimir Putin wants Ukraine not to be part of Europe. And he is succeeding in doing so. He’s put enormous pressure on the Baltics, not to mention Moldova and continued occupation of Georgia as well. This is really a dark chapter in the history of our alliance.”

Has anyone vetted the subtitles? We may think we know what Obama is saying, but who the heck knows what they saw on their TVs.

Get me a copy of the actual message seen on an Iranian TV not Hillary’s server. Tell me what he really said.

Maybe MEMRI will carry the translation. I’d like to see the difference between the written text and his pronunciation, but that’s just me.

I said “laugh” because I know damn well that the Iranian government is watching this in befuddlement. Unfortunately, the joke’s on the Iranian people who want their freedom, and the decent Muslims who are appalled by the Muslim Brotherhood and all its progeny.

I wonder what the Egyptians and Turks think of this? I know they’ll all watch it.

So far, one sentence: “This guy’s wife looks like an ape.”

“Hard-liner” as defined by Pres. ScamWOW…

one in the same.

Yeah, I would have voted for “puke” ~

Puke or Vomit was not included as an option because of the video shows a dog returning to eat his own vomit.

Now you know why I am crying.

The poll is not usable. It should have had a third option. Throw up!

A video of Valerie Jarrett bobbing in a milk bath full of different colored Korans would have had the same effect for our Media Darling.

Such a video would dutifully work for both of Barry Soetoro’s incomprehensible policies, foreign and domestic. And, the video would save tax payer’s millions of dollars since no travel would be involved. No travel means no Big Foot carbon footprint and ‘no climate change’ would occur do to Barry and Michelle’s taking separate jets to the same location.

See how it all comes to together. I wrote this as I was crying in shame because of our… (I can’t say the word; Dick Durbin, you say “President”).

Dear Barack: Hate to say it, Scrawny Dude, but I hold The Supreme Leader in Far, FAR more respect than I do you. Never have I feared for my country as I do at this moment. (LI.com readers & commenters: ALL here are urged to read Noemie Emery’s large article in the new Weekly Standard,March 23rd: WOMAN’S DAY: THE DEMOCRATIC MATRIARCHY)

The world is aflame with death and danger and(Are we not Blessed??)our country is being run by Estrogen Overloaded Democrat Liberal-Leftists!! NO Alpha-Dogs on their Bench any longer.

“If a jayvee president makes a speech on the threatening development of nuclear arms capabilities, that doesn’t make him Ronald Reagan.”

Marie Harf and Jen Psaki standing on either side of Obama, holding up sheets of paper with urgent hashtag appeals to peace scrawled in black marker would have doubled, if not tripled, the power of the video.

The hashtag is mightier than the hermetically hidden.