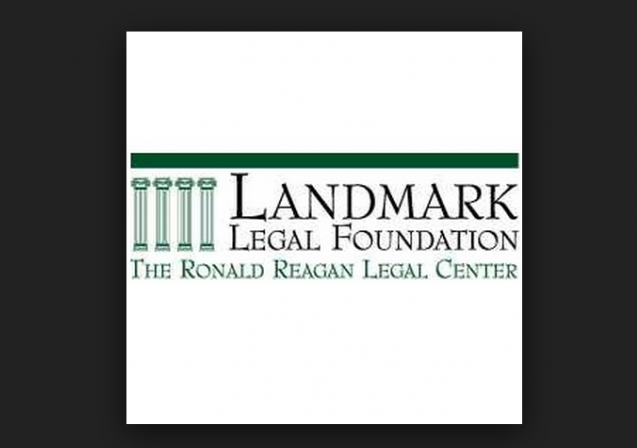 In 2012, Mark Levin’s Landmark Legal Foundation filed a FOIA request with the EPA in an attempt to discover if senior agency officials were postponing the implementation of key (read: controversial and politically-damaging) regulations until after the 2012 presidential elections. As soon as that FOIA request was received by the EPA, the agency was bound to preserve any and all documentation covered by the request.

What happened next was predictable, and not at all out of character for an Obama agency.

After months of hoop-jumping that extended beyond Election Day 2012, Landmark finally went to court and asked a judge to levy sanctions against the EPA for failing to comply with the request. Now, more than thirty months after Landmark’s initial request was submitted, a court has thrown the hammer down on the EPA’s lazy and borderline unethical FOIA fulfillment standards.

Judge Royce C. Lamberth didn’t grant Landmark the sanctions it asked for in its lawsuit against the EPA, but she did bestow 25 pages worth of condemnation upon the heads of current and former EPA officials.

Two possible explanations exist for EPA’s conduct following Landmark Legal Foundations’ filing of a Freedom of Information Act (“FOIA”) request in August 2012. Either EPA intentionally sought to evade Landmark’s lawful FOIA request so the agency could destroy responsive documents, or EPA demonstrated apathy and carelessness toward Landmark’s request. Either scenario reflects poorly upon EPA and surely serves to diminish the public’s trust in the agency.

Landmark didn’t get the sanctions it asked for because they failed to prove intentional bad faith on the part of the EPA.

The judge said since Landmark couldn’t prove it was intentional bad faith, the group wasn’t entitled to “spoliation sanctions.” Neither could be find a reason to impose criminal sanctions against the agency.

Judge Lamberth also refused to appoint an independent monitor to oversee the EPA’s open-records requests, saying that was an “extreme and legally uncertain” alternative. But his frustration with the situation showed through repeatedly.

“The court is left wondering whether EPA has learned from its mistakes, or if it will merely continue to address FOIA requests in the clumsy manner that has seemingly become its custom,” the judge wrote. “Given the offensively unapologetic nature of EPA’s recent withdrawal notice … the court is not optimistic that the agency has learned anything.”

Even though Lamberth declined to levy sanctions against the EPA, the fact that we now have 25 pages worth of on-the-record information about just how badly the EPA has screwed up their commitment to “transparency” is not insignificant. General negligence or indifference without clear and convincing evidence of bad faith isn’t sufficient to warrant the type of sanctions that Landmark asked for; but still, negligence and indifference should never be paired with the type of procedures that activist groups depend on as a way of understanding and educating about what the government is up to.

FOIA requests are a pain; they’re a pain to put together, and a pain to fulfill—but they’re also essential to preserving the underlying foundation of the republic:

“The EPA has to learn that you can’t save the planet by destroying the rule of law,” [Mark] Levin said… “It also must understand that some of our most precious resources are the principles of limited government and official accountability enumerated in the Constitution. If we don’t protect those, saving the snail darter or the spotted owl won’t mean a thing.”

Lamberth understands exactly what happened here, and so do we: a government agency fielded what it saw as a hostile FOIA request, and blew it off because they believed that they could get away with doing so.

Sanctions may be off the table (for now), but this still counts as a win for Landmark.

Judge Royce is a feller, not a “she”.

He set down a very clear line in the sand for all the agency thugs. The next time one comes before him on these facts, he won’t just hit them with words.

ah yes, “the next time” . Sounds like McConnell and Boehner!

Sorry; believing that there will be sanctions “next time” is naive. First, the EPA will likely avoid this judge in the future, and second, I can’t recall any judge actually invoking significant sanctions for this type of corruption.

There have been many cases of Brady violations and FOIA violations in the past few years. Have there been any sanctions? At worst, the judge tells the DOJ to invoke sanctions and the DOJ solemnly … promotes the violators.

If the judge could/would disbar the criminals involved, things might change. Otherwise, they’ll laugh all the way to the bank.

You don’t “avoid” a Federal Dist. judge. They are assigned at random, and there are not that many SENIOR Dist. judges for the District Of Columbia.

The DC circuit has been packed in the last year with Obama appointees, using the “nuclear option.”

There are now seven D appointees vs four R appointees. Judge Lamberth is a Reagan appointee.

Could the judge hold them in contempt of court and send them to jail?

IF the court made any orders. Courts don’t use contempt without a clear order that the contemptor ignores.

I believe the Honorable Eric Holder is in contempt of Congress. So far he has not been punished.

The courts are gonna be busy ripping for the next few years – after the Dems dictatorship of the past few years.

…except a lot of lawyers got a lot richer.

“a government agency fielded what it saw as a hostile FOIA request, and blew it off because they believed that they could get away with doing so.”

It looks to me like they did in fact get away with doing so.

Nothing “borderline” about it.

I feel obligated to point out that If this had been a Republican administration this would be on the first page for days on end of every liberal rag and blog, and would be broadcast ad nauseum on the alphabet channels.

IIRC, civil servants are second only to news reporters in supporting the Left.

IOW, the ink will hardly be dry on an FOIA request before the response is out the door.

Sanctions agains something like the EPA are a fucking joke.

Not a single employee responsible for the stonewalling will ever face any consequences. Even IF they got sanctions, they’d just shave a tiny fraction of a percent off the budget for a department, which came from the taxpayers anyway, and then laugh themselves silly at the stupid organization that thinks they’ve accomplished anything, and go back to business as usual.

Employees that refuse to comply with FOIA requests in a timely manner need to be held PERSONALLY LIABLE. Until that happens nothing will change.

They weren’t mistakes, but I’m sure the EPA learned something – that it will get away with it. Expect nothing but more of the same.

How many “wins” like this can the Republic withstand?

The judge auto have a plaque hanging behind his bench that reads: Nobody rolls Royce.

But then, maybe not.

What we need is civil service reform.

Why doesn’t someone ask the EPA’s Inspector General to follow the process used by the IRS’ IG. They managed to find backups on tape the various heads of the IRS have been swearing did not exist.

I hope the next president is a hard-charging conservative and/or appoints someone with cojones and brains like Cruz as AG to aggressively drain this swamp. I’d even support a budget increase for a new division in the DOJ dedicated strictly to finding and punishing this kind of behavior, with new legislation making it much easier to fire and/or prosecute civil service perps.