Wow – A Netanyahu video you will not soon forget

Wow – A Netanyahu video you will not soon forget

A grandfather’s promise, fulfilled by his grandson. 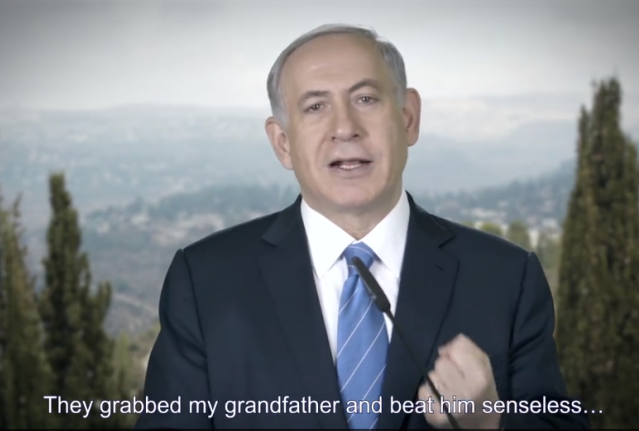 Benjamin Netanyahu posted a video as part of his campaign.

It’s the type of statement I can only imagine Netanyahu, among current Israeli politicians, giving.

I don’t know how the election will go, and I don’t pretend to understand how Israeli voters will view it, but sitting here on the other side of the ocean, it’s just wow.

Unfortunately (as of this writing) the YouTube version does not have English subtitles, and the Facebook version with subtitles does not allow embedding.

Here’s the Hebrew version and a couple of screenshots from the English subtitles version, which you can view at Facebook:

Here is the translation, via Israel National News:

“Many people around the world ask me, ‘how does such a young country, such a small country, who is attacked by enemies at every turn – how does such a country reach such great achievements?” Netanyahu begins.

Netanyahu then related to a personal story, about his grandfather, Natan Netanyahu Mileikowsky.

“He stood at a train station in the heart of Europe at the end of the 19th century, along with his younger brother Yehuda – two yeshiva [Torah academy – ed.] students,” he recounted. “Suddenly, they saw many anti-Semitic thugs waving batons, screaming, ‘Death to Jews.”

“My grandfather turned to his brother and told him, ‘Run, Yehuda, run!'” he continued. “He tried to chase after the thugs to save his brother. They beat him until he lost consciousness.”

“Before he lost consciousness, lying in his own blood, he thought to himself: ‘What a shame. The descendants of the Maccabees are lying here in mud, unable to defend themselves,” he continued. “He promised himself that if he would survive the night, he would bring his family to the Land of Israel and help build a new future for the Jewish people in Israel.”

Netanyahu then brought the scene back to the present-day.

“I am sitting here now as the Prime Minister of Israel because my grandfather kept his promise,” he said. “Here in the Land of Israel we have returned to what the Jewish nation did not have for thousands of years: security.”

“Security to stand up for ourselves and secure ourselves under our own sovereignty, to protect ourselves with our own power – security not just to survive, but to alloy one of the most advanced countries in the world,” he continued.

“We are a nation that aspires to peace – our hands are extended in peace to all who choose to grasp them,” he added.

“But to our enemies, I say: there is no baton, there is no rocket, there is nothing that can defeat us – because we are united in our faith and in our right to our land – the Land of Israel.” 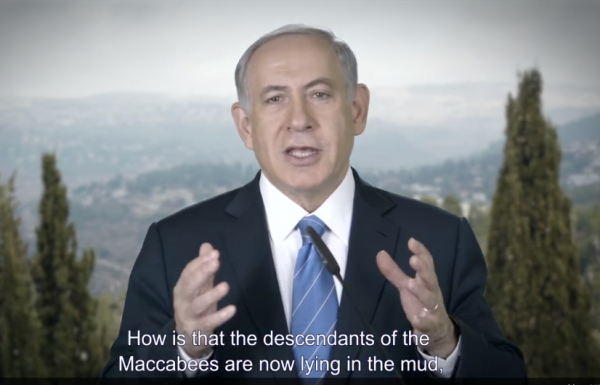 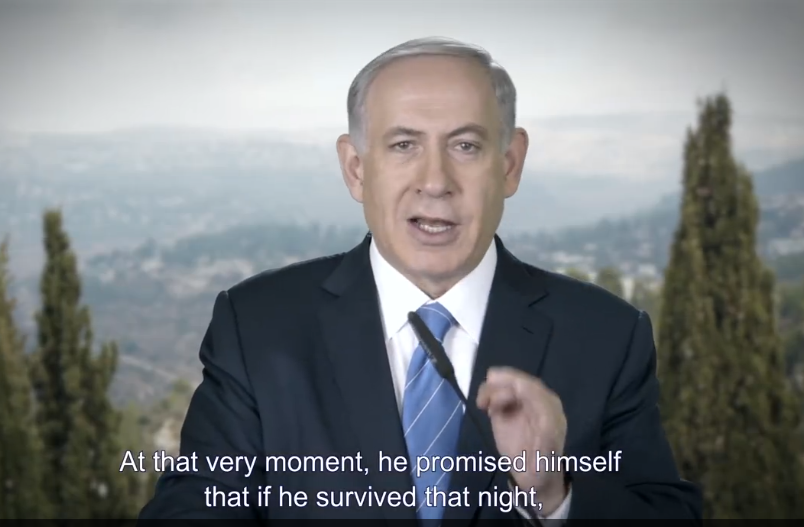 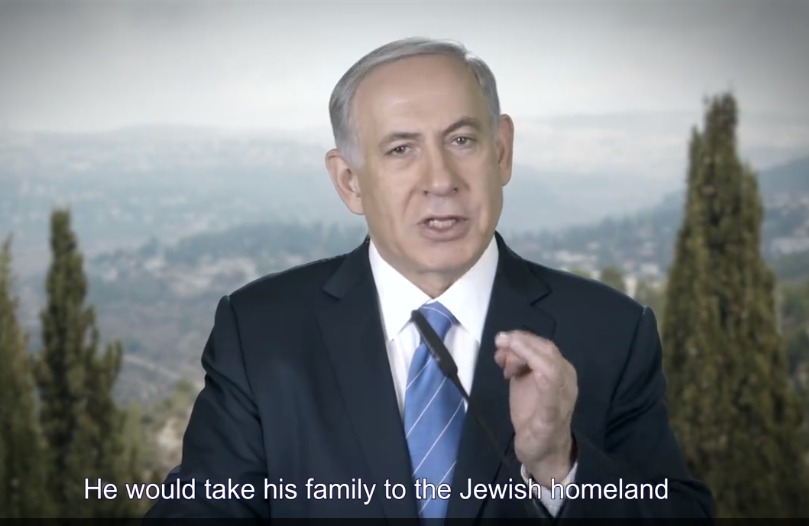 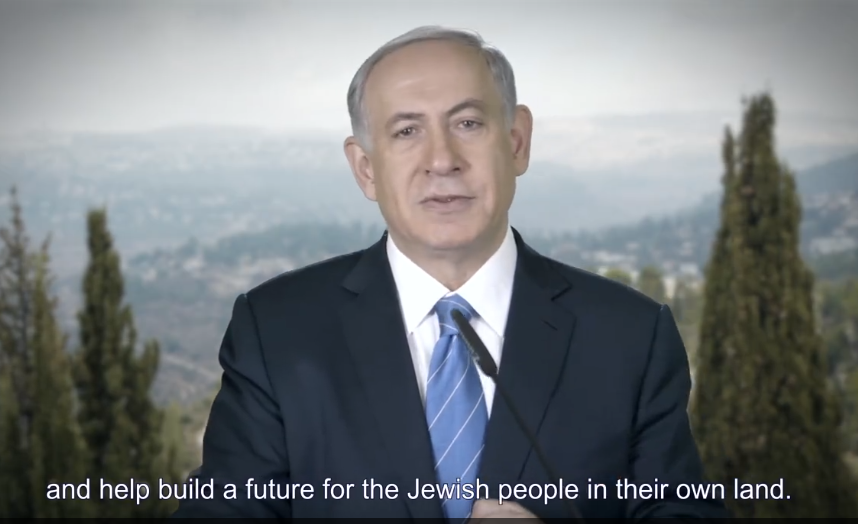 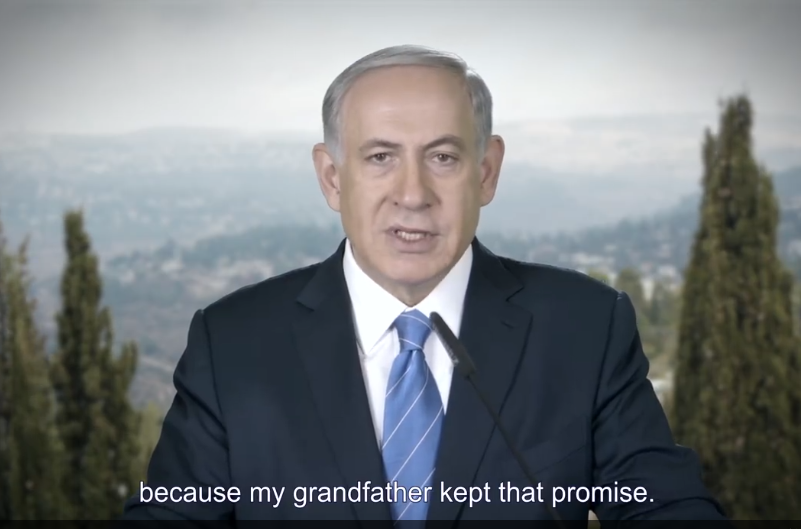 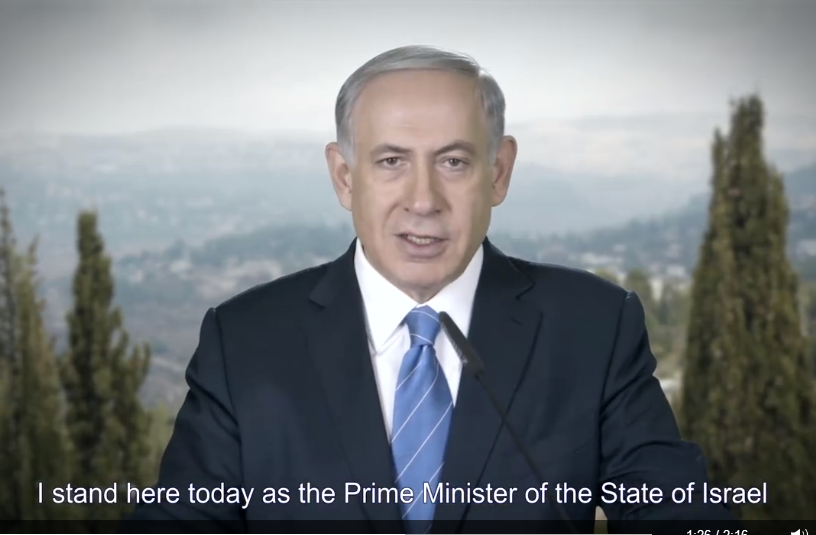 Closely related….If you haven’t read it, put Isaac’s Army on your reading list. Just finished (second time). As I said in an earlier comment, I’ll read this a dozen more times. It is the story of recognizing evil (and failing to recognize it), staring it square in the face and making it regret it picked a fight with you. It also shows the consequences of taking the easy path.

This last time through I started researching some of the characters covered and wow, there is a reason they survived and shaped history.

The other salient part of this book to what Bibi said is the layers of evil. This isn’t just evil inflicted by a mad regime. This is evil unlocked in the masses to prey on the weak and it is an ugly truth to confront. These were masses of individuals performing the most barbaric of murders.

There is just no other way to say it. I love this man. Too bad I can’t vote for him.

Bibi is a patriot. It’s sad and instructive that such clarity and strength seems rare and remarkable among world leaders today.

Since her inception, Israel has chosen not to fight a hundred wars it would’ve been justified in waging, if having been attacked constitutes justification. I accept Netanyahu’s claim of Israel’s peaceful intentions and desires. History shows it, proves it.