A much more talented artist than just a “party” girl. 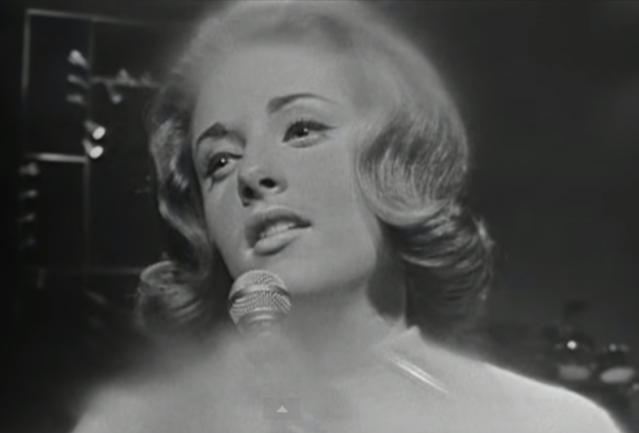 Lesley Sue Goldstein, better known as Lesley Gore, was featured for a week in our Video of the Day series in December.

She’s best known for “It’s My Party” but that was just a part, and not even the best, of her music.

Singer-songwriter Lesley Gore, who topped the charts in 1963 at age 16 with her epic song of teenage angst, “It’s My Party,” and followed it up with the hits “Judy’s Turn to Cry,” and the feminist anthem “You Don’t Own Me,” died Monday. She was 68.

Gore died of lung cancer at New York University Langone Medical Center in Manhattan, according to her partner of 33 years, Lois Sasson.

“She was a wonderful human being — caring, giving, a great feminist, great woman, great human being, great humanitarian,” Sasson, a jewelry designer, told The Associated Press.

Brooklyn-born and New Jersey-raised, Gore was discovered by Quincy Jones as a teenager and signed to Mercury Records. She graduated from Sarah Lawrence College with a degree in English/American literature.

Gore’s other hits include “She’s A Fool,” ”Sunshine, Lollipops and Rainbows,” ”That’s the Way Boys Are” and “Maybe I Know.” She co-wrote with her brother, Michael, the Academy Award-nominated “Out Here On My Own” from the film “Fame.”

Here are two of my favorites:

(Great song, which unfortunately inspired this.)

Lesley was a lot more of an artist than just her handful of chart songs, as this medley and interview on the Mike Douglas Show in 1969 demonstrates. Be sure to catch the part where she has a “dialogue” with Barry Goldwater! on stage:

She brought lots of joy to us; we loved her songs.

‘You Don’t Own Me’ singer dies week ‘Fifty Shades of Grey’, a movie about a women becoming a submissive, is big at the box office. An odd meme contrast.

One of my favorites back in the sixties: “California “Nights.

She played at my high school (Taft, in Woodland Hills, CA) and I’ll never forget how the organizers had all the girls watching her show crammed into one stand of bleachers; that was so that it looked like a huge crowd from the camera’s POV.

The girls all shrieked & ’emoted’ on que, which I thought was crazy, man! First time I’d ever seen “how sausage is made.”